I like how Elden Ring’s updating process still takes longer than redownloading the entire game.

But the upside is that it makes your computer also run like shit the whole time it’s happening.

I just uninstalled it.

Huh. I was having weird framerate issues playing Hitman the other day. I wonder if that was ER updating.

Is that ERs process or Steams? It is strange how it works.

Is that ERs process or Steams? It is strange how it works.

It downloads… basically nothing. And then it spends literally an hour unpacking and installing it somehow.

Other games have done a similar thing before, but they download a lot more and the unpacking and installing takes maybe a minute or two tops.

It’s the worst of all worlds. Unless you have insanely bad data caps and slow internet, I guess.
Edit: That said I’m not convinced it isn’t downloading stuff when it’s installing, so maybe it’s bad for that too.

Yea, it tells you it has downloaded something but then when you go to play the game it takes another half hour to install it.

It reminds me of preloading. Only it’s worse because what it’s downloading is often next to nothing size-wise.

Like, I get why some 60+ GB game takes a while to decrypt. I don’t get why Elden Ring downloads a few hundred MB and it takes just as long or longer.

I don’t think FROM is at the top of technology, which is probably a good thing because my older pc can still run their games.

It scales well further into NGs for sure. That’s the weapon I switch to for the final bosses like Malenia and Radagon/EB.

Good to know! Thanks. 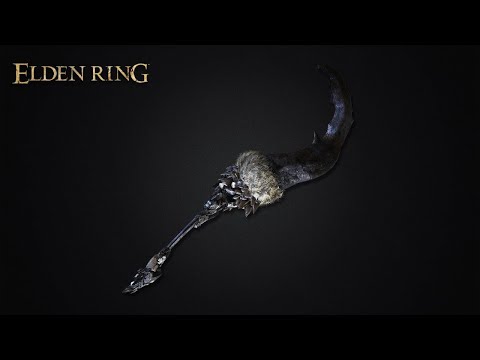 Melania is history. It took me and my mimic probably a dozen tries, I even took a couple tries with Black Knife Tiche, but in the end it was the mimic and my serious efforts to stay alive that won the day.

Me too. With my old pal Mimic, on try number 4. I owe it all to the Rivers of Blood nerf not being nerfy enough. With the two of us spamming it, the fight was so short she barely had time to do any unfair things.

Supposedly the final two bosses are “immune” to bleed, my weapon does good physical damage but also causes bleed. We will find out how that works as those fights are next for me.

I said as much a week or two ago and it’s gotten even better since the patch but I’m having so much fun with PvP. I’ve decided that formal duels are not my thing. But as I go around in NG+(++) with my level 200 - 300 characters I’m always keeping the Taunter’s Tongue active along with the blue and white rings. Now, with the ability to invade near and far, I’m getting invaded everywhere I go and not only the usual known spots.

Just having the blue ring active isn’t worth much. I maybe get summoned to be a Hunter for someone else once every couple of hours. And I don’t have the patience for being the invader - more waiting around. (Also - near and far means you could invade a zone which you don’t have access to in your world and if you lose runes there you’re not getting them back.)

But most of the time, just cruising around following quest lines for rewards and advancing the game in order to reach another NG+ if I have Taunter’s Tongue I’m getting invaded inside of 3 minutes, tops. Very healthy PvP community for the higher level players imo. And as I’ve said - this is my kind of PvP. It’s brief and nobody talks. Before I figured I ‘won’ maybe 1 in 4 or 5 of these fights. And mostly when I relied in the Hunter. But now I’m probably 50-50 with wins and often win before a Hunter get’s involved. Gittin’ gud!

I always enjoyed the PvP in DS3 but I haven’t been able to get into it in ER. Too many one-two shot death weapons.

Well, I have finished my second play thru. After maybe a dozen tries with my mimic I tried using a real summon. The first guy died early, but with the second guy and one flask left we won.

Time to take a break. I have put off playing the Witcher 3 long enough.

I have put off playing the Witcher 3 long enough.

I’m, perhaps foolishly, waiting for the update with ray tracing or other fanciness.

The Elden Ring PvP talk sounds like great fun, but I can’t bring myself to play in online mode. As soon as they drop DLC, I’ll be back in this game. How novel. I don’t believe I’ve felt that way about any other possible DLC.

FROM tends to put some of their best material into the DLC. I am not sure how that will play into ERs open world but I would expect some very good boss fights.

Elden Ring has sold 16.6 million units now. Which seems like a strange milestone to announce. Maybe it was time based.