Let’s talk about the bomb in Burgos, Spain. No one significantly harmed, and apparently scheduled for ETA’s fiftieth birthday. Video footage of the blast’s AFTERMATH here. And the first motherfucker to tell me this goes in a different subforum gets a bomb in their barracks.

So, what was the goal? Was it just a little reminder that they still have some capabilities, no matter how many they arrest? How soon before ETA fully adopts a more 21st century terrorist structure?

You lie! There was no footage of the blast.

Not all comebacks are Back in Black, or Permanent Vacation, or Bat Out of Hell II, or Mama Said Knock You Out, or 15.*

Fucking ETA. Their goal was probably to show that they’re still players despite the arrest of many of their leaders last year. But they’re not players. They’re 2 bit criminals, and most of Spain sees them for what they are. Hell, most Basques that I spoke with thought of them as criminals.

Hell, most Basques that I spoke with thought of them as criminals.

Yeah, they would surely tell you to your face that they support terrorism.

Batasuna and its aliases constantly get a big number of votes.

You lie! There was no footage of the blast.

Sorry. I knew there was something wrong with that when I typed it.

It looks like the ETA struck again. News has it that a bomb killed a police officer.

(Good thing I’m here in Barcelona and just for another two weeks).

They are done, because we don’t make much of a fuss anymore no matter what they do. They plant their bombs or shoot their victims but for most of us it’s no longer about politics, it’s just crime as usual and never makes the front page of the papers beyond the day it happens.

And Format, most ETA supporters are quite outspoken about it, even that has degenerated into a full stereotype including clothing and mannerisms that is mocked routinely on basque TV gags. Even that is a sign of the times. No one would have dared making fun of that 15 or 20 years ago.

BTW, the breaking news here are of another bomb in the Balearic Islands that has killed two Civil Guards. Sad, but so pointless as to be boring.

Isn’t this the wrong subforum?

Isn’t this the wrong subforum? 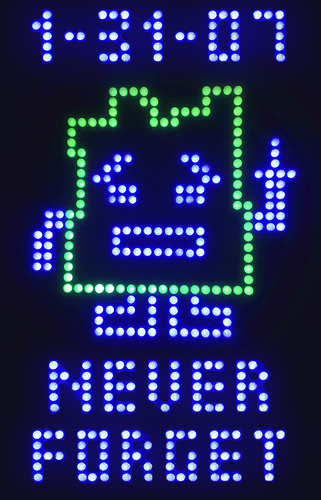 Yeah, they would surely tell you to your face that they support terrorism.

Yes they often would. I’m not their target, I’m clearly not Spanish, and I showed a genuine interest in why these people would resort to deadly attacks. I had several conversations with basques who showed either lukewarm or strong support for ETA during my time in Spain. I heard a lot about their separatist ideology, and why they & their “French” brethren should separate to form their own nation.

And I also heard a lot of Basques go off about the fucking ETA.

I would never had thought they’d admit so freely to supporting ETA('s ideas).