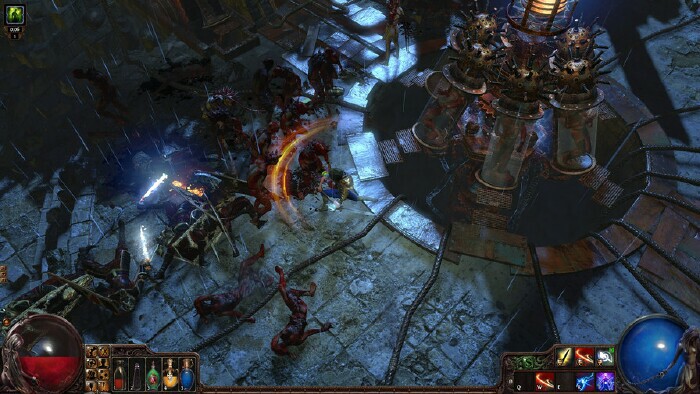 Path of Exile has been so gratifyingly playable for so long it's easy to forget it's not actually out yet. But then you read these notes for the official release, when Path of Exile drops the beta disclaimer and becomes a 1.0..

Nemesis: Nemesis is a Hardcore league (characters who die are converted to Standard characters).

That seems like a great idea to lessen the sting of a complete character wipe under the normal hardcore rules I am familiar with in most games.

Every time I hear about PoE, I feel compelled to point out that while Diablo III--rightfully--received tons of criticism for being always-online, this and seemingly every other recent ARPG just gets a pass. When every game available is limited by willingness/ability of developers to maintain servers, don't come crying to me about it.

Is there a planned Mac version for this? :(

I think the lack of anger is because Path of Exile outright bills itself as an "online Action RPG" whereas the Diablo franchise has historically been playable offline.

I must be doing it wrong. I played over 150 hours of DIablo III and have had 3 false starts where I attempted to get into PoE and found it a bit dull.

Path of Exile does some things very well -- and some things better than any other action RPG -- but I feel it can't hold a candle to the gratifying moment-to-moment hack-and-slash of Diablo III.

Having it online only and a lot of stuff server-side really also helps in stopping exploits and vulnerabilities from being found. GGG's stance for having a level playing field for all users has always been in good taste, including how their against pay to win.