The Geofront people are involved with this. They’re doing much of the translation work. Happy for them as they truly love the series.

That’s great. They deserve it. I’m most of the way through the Crossbell games and while there are minor differences relative to the way Xseed/NISA translated the series, it’s 98% indistinguishable from an official release.

There have been long-standing links between both groups. Unfortuntely my friend won’t be involved with the work this time , but she has other games on her plate.

I was waiting for a Commercial Crossbell game on Steam or GOG to buy any more games.

Oh, this is good news. I’m gonna have to plow through the rest of Cold Steel before next Fall, I guess.

My playthrough of Cold Steel 2 has slowed down because I got plenty of shiny things to distract me (including a weird urge to replay Batman Arkham Asylum - go figure) but I plan on finishing at least 2 and 3 this year. I’d love to finish 4 within the year to see where it would figure in my GotY list, but with Scarlet Nexus and Old World and Monster Hunter Stories 2 and Tales of Arise and who knows what else, that might be more than a bit hard to achieve. ;)

Legend of Heroes: Trials from Zero comes out this week. 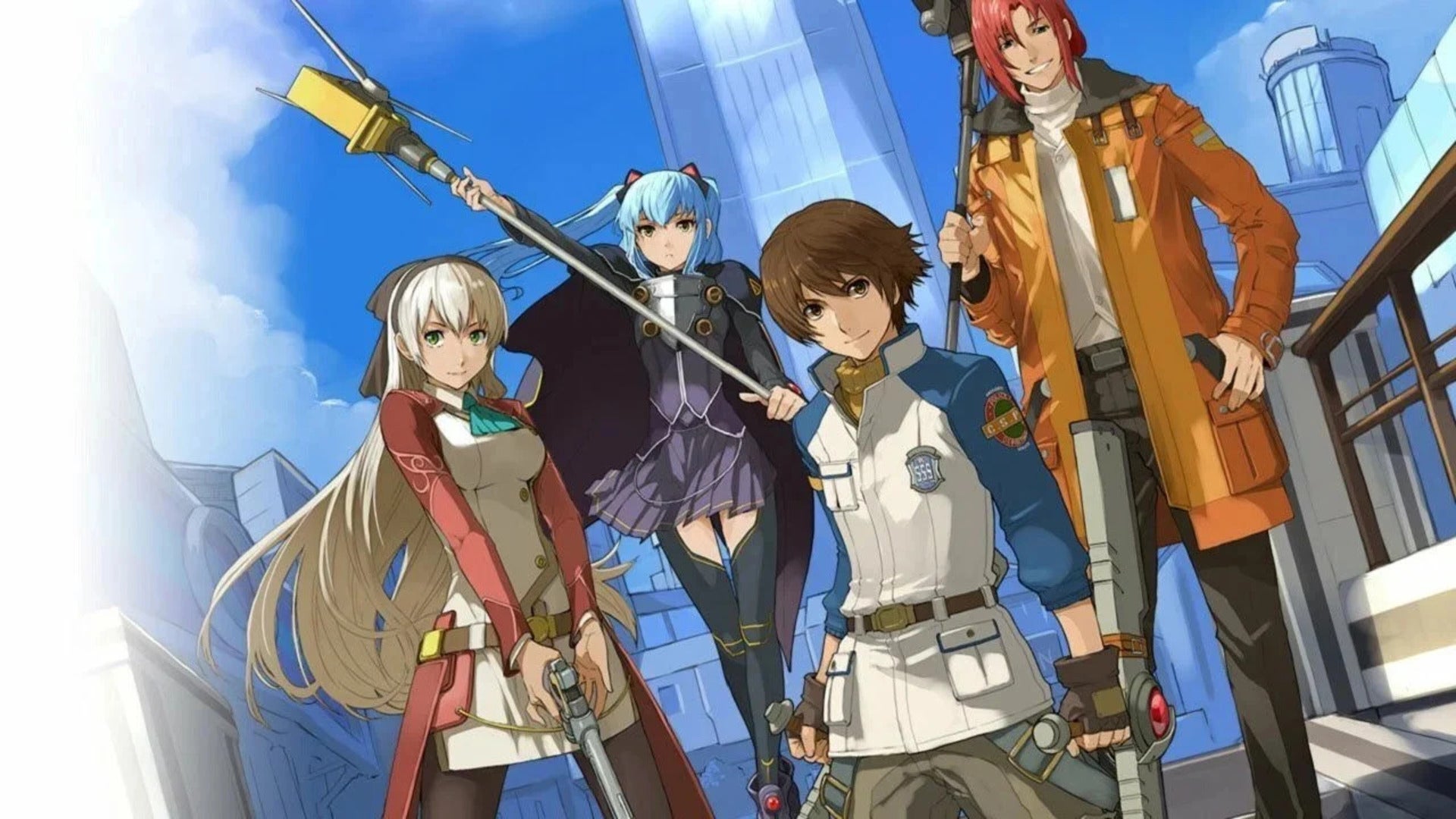 The Legend of Heroes: Trails from Zero Review – Crossbell was worth the wait

Trails From Zero might be late to the scene but even now, Nihon Falcom's JRPG remains one of the best Trails games yet.

They also explain that this is a localization of a game that came out in Japan twelve years ago.

Yeah, I initially thought this was a new series, so was slightly disappointed, especially since I had read several times over the years that the series didn’t get really good until Trails in the Sky.

Then again I have yet to play TitS 2, and have barely played the first Trails of Cold Steel. I love these games, but they take a really long time to get going.

I was thinking, “what the hell’s going on in Crossbell?” during my Trails of Cold Steel playthrough. It’s neat the way the series handles world building and tie-ins among its various sub series.

I think we’re supposed to be getting the next series starting sometime next year. I’m not gonna hold my breath, but I’m sure I read that somewhere.

So one should play the two Crossbell games after the three Trails in the Sky games? I was at the endgame portion of the first Trails in the Sky game when my old rig died. I still need to transfer my saves to my new rig so I can finish that one up. I really enjoyed it – the world is very charming and the magic/combat systems are more complex than they appeared to be at first glance.

The only thing I disliked was that certain basic collectible items were only available if you talked to a certain NPC at a certain time, to the point that you would have to consult a walkthrough if you truly cared about getting them all. The equipment loot was a little sparse and predictable, but I didn’t mind that too much. The monster designs are fantastic.

But I actually think story-wise it plays better if you do Sky 1-3, Cold Steel 1-2, Crossbell 1-2, then Cold Steel 3-4. Crossbell kind of spoils a couple events in Cold Steel that would otherwise be a surprise, but not really the other way around.

Interesting, thanks! These games are so long that I have a ways to go before any potential spoilers delivered by Crossbell.

I restarted the game 2 weeks ago.

Dear Diary: That was back in Jan 2016. In that run of FC, I got to chapter 3 somewhere and stopped.
7 years later, I started another run using the English mod vita version, and stalled out again at the beginning of chapter 1. 2022 really has a lot of other good games…
At this point, I probably can’t do a proper run until I’m retired! Maybe.

Ha! It took me years of restarts and continuing where I left off to get close to finishing Trails in the Sky (never did make it to the end credits).

It’s a game that is hard to play in short spurts. You really need to sit down, take your time, savor every moment and that often means play sessions of at least two hours - for me, anyway - and not taking too long a break between playing.

While that can be said of a lot of JRPGs, I think it applies more here due to the very slow pace of the story and the amount of dialogue. Decent dialogue that’s naturally connected to the game world and events, not the typical JRPG filler crap that doesn’t add to your enjoyment of the game and is safe to skip.

I think we’re supposed to be getting the next series starting sometime next year. I’m not gonna hold my breath, but I’m sure I read that somewhere.

It looks as if there is a translation backlog to work through before we start getting the new ones. Several more are coming next year, but it doesn’t look as if the most recent—the Calvard Republic-set Kuro no Kiseki, released in Japan in 2021—is among them. At least not yet. 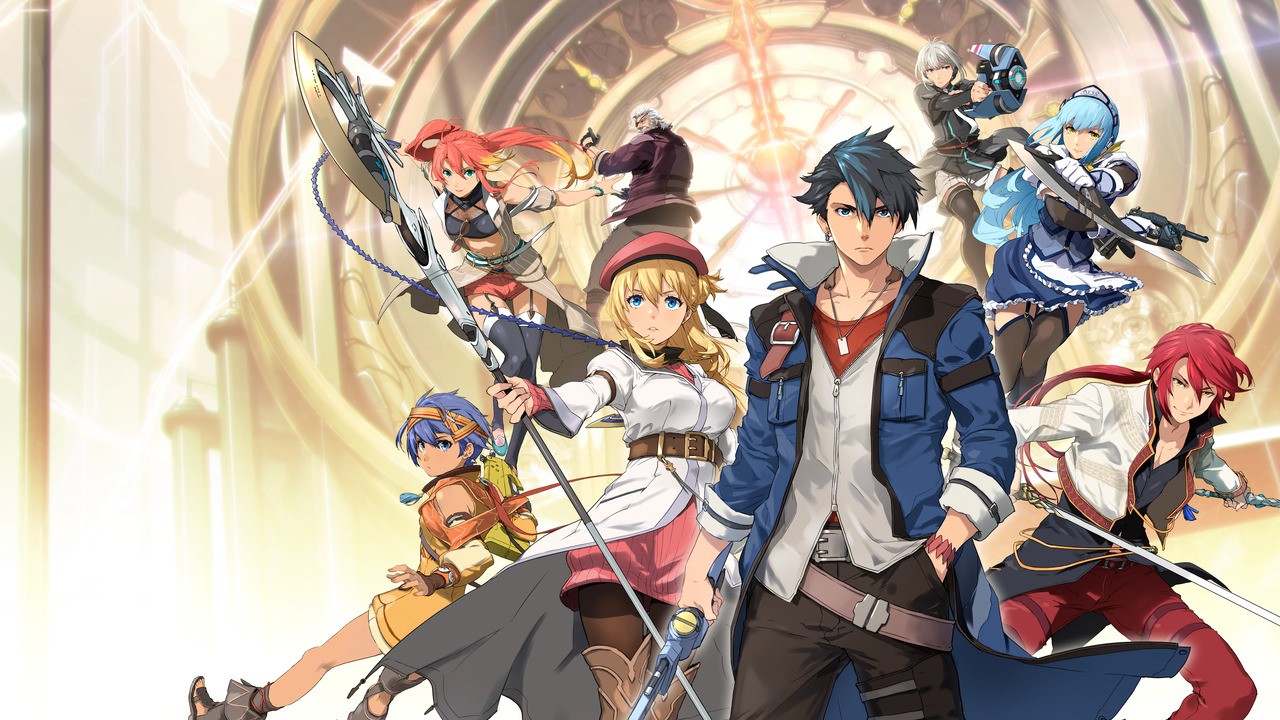 Falcom on Bringing Kuro Trails Games West: 'Of Course We Intend To'

An update from Kondo himself

Which is unfortunate as I’d absolutely skip ahead to play one set in Calvard with a bounty hunter/detective as the protagonist.

So I assume two of the three games they’re referring to are Trails to Azure and Trails to Reveries, but then what’s the third one?

Just hope these games are selling enough in English to make translating them worth it. It’s the only Japanese game series I give a damn about.

After Trails into Reverie, they are two deep into the next series in Japan (as in Kuro no Kiseki II comes out, uh, Thursday). The third one in the June article is presumably Kuro 1.

As far as I can tell they’re going to keep coming. The news out of each US release continues to be pretty good. The big problem is that they interrupted the “keep up with Japan” schedule to release Zero and Azure (albeit with the help of the Geofront work), adding in another year or two delay - which I’m sure helps them with the translation work but is very frustrating here on the US side.

They also went after some of the spreadsheet translations for Reverie and Kuro 1 recently, and I find it hard to believe they’d bother with that if continued US releases weren’t in the plans. Anyways, Zero now! I can’t wait, given how well it’s regarded from others who like the series.

The mystery third 2023 Trails game—to go with Azure and Reverie—is action RPG The Legend of Nayuta: Boundless Trails, which probably makes it more similar to Ys in terms of gameplay.

Oh, and while looking this up, I found this helpful image of the series’ timeline (through the first Kuro game): 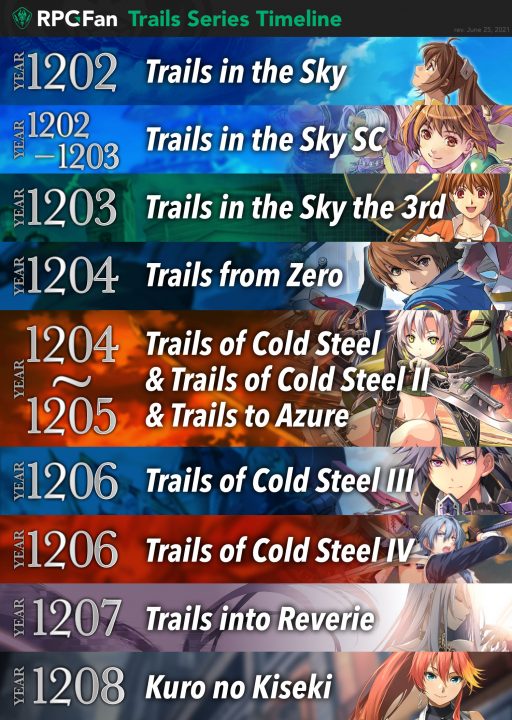 PSA: GOG is having a Falcom sale to celebrate the Trails from Zero release, going for the next 5 days.

I’m taking the opportunity to pickup Trails of Cold Steel III for $30. The original ‘Excellent classic JRPG’ can be had for $10, while Cold Steel I is $20. Lots of the Ys games are only $5.

Picked up the original Trails in the Sky, and in most ways it makes a very good impression.

However, this augment system – placing quartz into slots and gaining various battle skills – is murky, murky, murky. At least for me. I’ve played through the tutorial section which explains, and requires decisions which appear to have important long term effects. But the explanation is in terms that I really don’t get yet.

So apparently each character has their own slots, which need to be filled with one of the kinds of quartz, and your (sometimes limited) choices determine the characters’ powers. But how to make any sort of educated decision regarding this, I haven’t a clue.

Less important at the moment, but I am also unclear as to whether the sepith picked up in battle is then a shared resource for upgrading both characters? for all characters who might eventually join?

Normally, I would just play a while and then re-start when I’ve feel I understand. But I sure don’t want to re-play a ton of fairly slow conversation, even if it is good by gaming standards.

And everything I find online seems devoted to raving about the amazing story arc, giving me the impression that I must be very stupid to not be grasping a system that most people apparently understand without problem.