So house flipper was fun? Did you have the yard/garden expansion for it?

Yes, and I picked up the newest expansion as well for the extra furniture and stuff.

If you like making things perfect, it will be right up your alley. I buy things and immediately sell them again because the colour is wrong. I build walls, paint them, then tear then down because I wanted one block space extra in the adjoining room. I spend literally hours just making the front gardens beautiful. You have to cut the grass with each new purchase and it takes the longest time just to do that. Some of it is just mindless cleaning.

If you decide to play, you definitely want the garden expansion though, it adds a lot to the game… uh… experience. Its not for everyone, but if you like that sort of thing, you should really like it.

(I spent at least half my time in Rift playing around in dimensions. This majorly sucked me in too.)

Definitely Snow Runner for me. I’ve just about managed to wean myself off it now so I do one or two contracts a day rather than sinking all my spare time into it.

Runner up would be Gears Tactics, which I enjoy a lot in the moment to moment but the shallowness of the strategic layer and the repetitiveness of the missions has taken the shine off.

Many people say that those upstarts at Larian are on to something and that this series will develop into something very special.

Pillars of Eternity 2: Deadfire. I got really tired of playing this game. I’m glad it’s over. Turn based mode was okay. The game just feels watered down and kind of tedious, IMO.

Troubleshooter: Abandoned Children. I just started at the end of May and haven’t played a whole lot of it. I am just now finally getting a grip on masteries and abilities, although there are a lot of text and stats to parse in the ability descriptions.

Banner Saga 2. The human losses while traveling between locations have no impact on the game AFAIK, so I feel cheated. I don’t really enjoy the combat either. I stopped playing after only a few battles.

Hard West. I barely started this. I need to read the manual before continuing, as I wasn’t able to figure out what to do on the overland map. The order in which you take over locations on the map seems to matter a lot, but I’m not sure how yet.

That’s it for May I think. If I were to select a #1 it would be Troubleshooter. The others kind of disappointed me.

XCOM chimera squad- A XCOM game out of the blue and for 20 bucks?! I was in and loved it for the price, despite its depature from the standard XCOM formula, and even really enjoyed some of its twist on new elements

Maneater- I loved this game, and I cant explain why except it had that Crackdown vibe, with rpg elements meets meyhem and excellent and funny voiceovers!

SnowRunner and… Skyrim. I didn’t mean to actually play Skyrim (I’ve played it many times already!), just wanted to check out how it looked on the PS4 Pro with a few mods. About a hundred hours into it, still playing.

Kingdom Come: Deliverance – This would also have been April’s, and I actually didn’t play a whole lot this month, but I did pick up the DLCs and am pretty deep into the main campaign and about to start in on the DLC now. I was late to the party on this one, and combat is hard as hell, but I just really, really like it.

For me it was Huntdown, a total surprise and one of the best retro games I’ve played in years. Beautiful 16 bit styled graphics, tight gameplay, and exceptionally good sound design and score.

Monster Train, which may actually be all that.

Before We Leave, though the more I play, the deeper my suspicion that I’m just playing Banished again.

Finally finished Fallout 4, which I had been playing off and on for quite a while. Sided with the Brotherhood originally, then reverted to an earlier save and sided with the Institute just to play through the quests and see the different ending. Think I put more hours into this game than I did Fallout 3 or New Vegas.

Runner-up would be Starsector. Bought it a few months ago and played a bit at the time, but didn’t get very far. Last week I picked up where I left off. This game is awesome, so much to do and explore. Might end up being my GotM for June.

Runner-up would be Starsector

Agreed on this one, I love it and I know I’ll start up a new game in the future.

LTTP on MHW, but still having a blast after dropping 40 hours or so in May. Just hit MR. 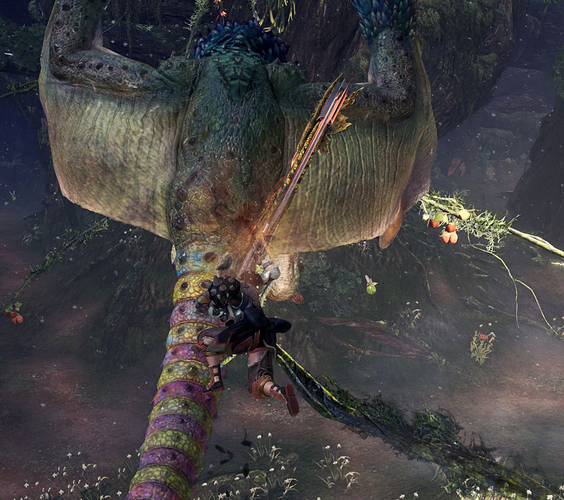 Can’t tear myself away from Old World, which, incredibly, got even better with Monday’s update on the test branch. This game is so good I haven’t even had time to play the Persia DLC of Field of Glory: Empires.

A 4X with competent AI… and an ancient world game that, especially with the update, feels true to that time period.

Kingdom Come: Deliverance – This would also have been April’s, and I actually didn’t play a whole lot this month, but I did pick up the DLCs and am pretty deep into the main campaign and about to start in on the DLC now. I was late to the party on this one, and combat is hard as hell, but I just really, really like it.

It’s an amazing game. If I could get more gamers, especially RPG fans, to play just one game, this would be it.

Work finally slowed down so I finally got to play some more games during quarantine, so my game of the month is Uncharted Lost Legacy, which I think I’m only half way through over 3 nights of play, and I’m really enjoying it (also really liked Uncharted 4 and platinumed it).

Dabbled a bit with Gears Tactics but not sure the XCOM-type games really interest me. They seem so repetitive. But I’ll probably play some more. Also played some season 3 multiplayer of Gears 5

Dabbled a bit with Gears Tactics but not sure the XCOM-type games really interest me. They seem so repetitive.

It took a while for the game to grab me, the real turning point for me was gaining some levels on some of my characters so that they had access to more variety of skills and I had more options in how I approached the levels.

It’s an amazing game. If I could get more gamers, especially RPG fans, to play just one game, this would be it.

It’s not the most approachable game ever, but I actually kind of like that about it, too. Progress actually feels earned. I am really enjoying it a lot, even though at level 12 I still suck at combat (somewhat by design, I think) and I would LOVE to see them do another game like this, sequel or no.

Doom Eternal still has its hooks in me hard - played it, beat it, loved it so much replaying on Nightmare difficulty.

Spider Solitaire F: Three bucks on the Windows Store, what the heck. Which turned into a real what the heck when the game did not have mouse support. Used a controller and got all the achievements anyway.

Journey to the Savage Planet Hot Garbage DLC: More of the same for $8, which is a pretty good price point for DLC. Nice to have an excuse to revisit this.

Supermarket Shriek: If you like action games and have XGP, you should try this before it leaves around June 15th. Trying to shave a few more seconds off can become addictive. Gets brutally, cruelly, sadistically hard in the later stages.

Old Man’s Journey: Odd how the threat of something going off of XGP can motivate me to give it a try. This is more of a digital experience than a game, the core mechanic is raising and lowering bits of the landscape so the old man can s-l-o-w-l-y walk to where you clicked. Ultimately about as “fun” as reading this sentence, but there was cute art and a twee generic european soundtrack. There seem to be a lot of this type of game that end with a thank you to the government fund that chipped in to make it possible.

#IDARB: A one-note game with endless customization options. Did some grindy achievements for creating players, teams, and songs for the points when I was feeling unmotivated to do something useful. Noodling around with the song composer was probably the highlight.

Hyperdot: Another neat XGP title, fun to play but something I would probably not have bought on my own. Game mechanic: don’t get hit.

Minecraft Dungeons: Diablo for kiddies. Not in a bad way, though. Inventory management is definitely better.

Laserlife: Not a top-tier rhythm game like Aaero, but not bad. Finally finished the last section.