If you are adventurous and can solder, you can usually replace those switches. People do it all the time and switches are dirt cheap.

I’ve never bothered, but it doesn’t sound like a huge amount of work either.

Yeah, I’m sticking with the Death Adder for life! I did have the double click issue a few years ago, but apart from that I still love its shape. Tried out various other mice, but I guess after more than a decade using the Death Adder nothing really measured up, so I’ll just be sticking with it and have even bought some spares in case I ever get the double click error again.

Do you just get used to the double click issue and live with it?

No chance I could. Double clicking on a folder and it taking you two levels deeper was unbearable, let alone in games!

The only mouse I’ve had that did this was a Razer Krait and it drove me mad. Somebody online recommended putting a drop of WD40 in the switch and I figured, if the problem continues I’m going to replace the mouse anyway so I may as well try it, and, hey presto, it worked for a good while. Right in here: 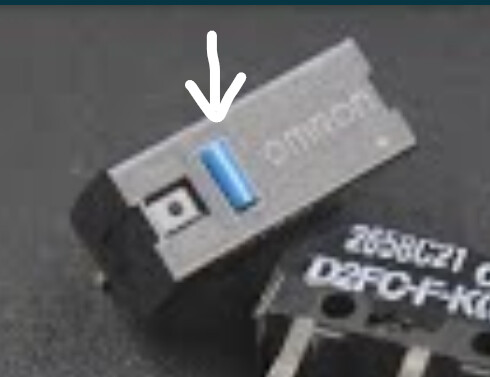 The problem came back eventually and putting another drop in fixed it again so it wasn’t a long term fix, but the fact that it worked surprised me nearly as much as the time I put my LG G3 smartphone in the oven to unbrick it.

get used to the double click issue and live with it?

I’ve been reasonably happy with the Logi 502. On my third one now and just picked up another one as backup since they were on sale over the Black Friday weekend. Killed the scroll wheel in the first two, but no other issues as far as buttons go. I don’t play high level CS:Go or anything like that, so no idea if the 502 is suited for such things, but as a general gaming mouse I’m happy with it.

The Logitech G600 MMO is the mouse I ordered to replace the double clicking one. I’ve always wanted to try it since it has the ring finger third button used as the shift key. I was happy to get it on such a good sale. 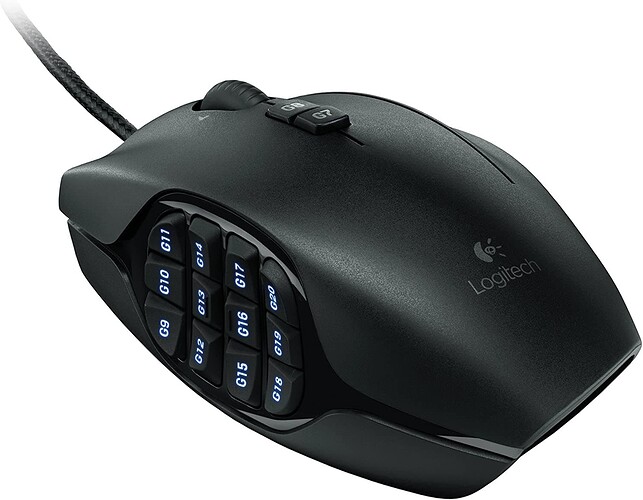 I used to buy some really fancy mice, with counterweights and such(mad katz rat), and it was good…but i found all the nooks and cranies collected too much dust and grit, so i went back to logitech and have pretty much stayed here.

I’ve wondered if it is because of being here in Phoenix, with it being just bit warmer than it would be somewhere else. I wouldn’t think it would be enough to make a difference, but I don’t know why it happens. I’ve had it happen a couple of times with my DeathAdders. I guess it is enough of an issue that they sell replacement grip strips, or maybe folks wear them out or something. It hasn’t happened yet with my Vipers, but I’ve only had the vipers for about 21 months. Maybe it will be an issue for them later on.

I’ve never had the double click issue with my DeathAdders, just the Naga trinity I had.

Conversely the only mouse I have ever had the clicker die on me was a logitech mouse.

A few years ago Amazon had a sale on G502 mice at some point (I think this was the less popular version of it with white detailing on it instead of all black) and I bought 3 of them. I’m on my final one now. The first didn’t live long due to the destructive feline whims of Madame Ripleur (she went through a really bad cable nibbling phase in her youth). I think I got a good 4 or so years out of the second before I think the scroll wheel started to fail?

Anyway, great mouse, would mass buy on the cheap again. I like having 3 thumb buttons instead of the normal 2, and the 2 extra buttons just to the side of the left clicker are also pretty useful. I also got a surprising amount of mileage out of the tilt wheel during my WoW days (but not much since - middle click has a habit of activating tilt sometimes and middle click is my reload gun button). Just ditch all that DPI shift nonsense and rebind those buttons to something more useful and it’s a rock solid performer.

I have had the Logitech G900 for a few years and its still solid as a rock. My big need for a mouse is a button on the right side to map to push-to-talk for Teamspeak with buddies.

Guess I have the double click curse as all my mice die within 3 years from double clicks.

In my experience Logitech will do an out of warranty replacement for double click issues once per purchase. So my cycle is to buy one, use it until it fails, request the freebie, then use that until it fails. And repeat. Hopefully that will change now that they offer optical switches.

All I want is a mouse with a mouse-wheel that can stand heavy use and doesn’t wear out and starts skipping clicks or something within a year or two but they seem to be non-existent.

All I want is a mouse with a mouse-wheel that can stand heavy use and doesn’t wear out and starts skipping clicks or something within a year or two but they seem to be non-existent.

I’d try a corsair if you haven’t, seems to be built like a tank. Certainly cheap enough to try some of the lower ones.

Anyone ever used a mouse from Pwnage?

To me that name does NOT inspire confidence…

To me that name does NOT inspire confidence…

What?!..our elite team of stoners in El Monte isn’t good enough for you?

I’d try a corsair if you haven’t, seems to be built like a tank.

My Corsair is the only mouse I’ve owned where the mouse wheel failed first instead of getting the double-clicks.