for Reign of Terror you will need all expansions? The definitive edition? It is currently full price on Steam, GOG, Humble. What was the low price for it?

Looks like it requires the two main expansions(Malmouth and Forgotten Gods) to play according to the main thread: [Mod] Reign of Terror - Modding - Projects - Crate Entertainment Forum

The lowest price the collection has ever reached seems to be $22 on gog. The “definitive edition” is not sold as such on steam, but the package does have a 15% bundle discount associated with it, although the individual bits have not all reached historical lows at the same time, oddly.

I have been going on a bit of an necromancer-alt spree trying out the various different damage type builds one could do with it. Having fun with an aether damage build right now. Doesn’t seem to be a lot of equipment for such a build at lower levels, but I’m managing. Have a monster infrequent mace from somewhere that does 100% physical damage conversion to aether which has really boosted things.

Some part of me keeps going back to wanting a vitality build based around Drain Essence to be a thing, but it’s just such a dull skill.

Cold build has been fun too, although I’ve mostly focused that around the dual wielding nightblade side so far. There does seem to be more equipment for the cold-based necro build and if I ever get it to level 75 I’ll have to respec for the two-handed legendary scythe I have sitting here for it.

Cold “caster” Nightblade is great fun and super powerful, at least to the levels I was playing at.

I love me some Nightblade. Zoom zoom! Regen! Zoom!

Some part of me keeps going back to wanting a vitality build based around Drain Essence to be a thing, but it’s just such a dull skill.

Yeah, that’s my only disappointment with the game, is that there’s some skills that look great on paper, but they’re so dull to actually cast in the game itself that it puts the kibosh on any kind of build using that skill. I feel like the Nightblade has several of those skills, which is why I never got into those builds. It’s nice with ANY skill when stuff just falls over and dies quickly, don’t get me wrong. But if I have a choice between a skill that’s satisfying to use visually and makes an enemy fly across the screen, and one where someone just plops dead in a boring way, I’d rather use the one that makes a spectacle.

Yeah, my necro builds keep falling back to use the ability that causes a wave of bones to shoot out from me and make enemies go flying. Helps that it works with most damage types you’d choose a necro for.

At level 38 my aether necro build now is to the point where as long as I have enough resistance against whatever boss my lifesteal abilities can keep up with the damage they can deal which makes these fights pretty trivial.

Courtesy of our first ever public playtest, we give you Grim Dawn’s largest changelog…ever! We hope you enjoy this massive list of improvements to the game’s balance that will hopefully give you many more opportunities to create your unstoppable...

They are still updating this after all these years? Wow, that’s some impressive support.

Although I’d wish they’d work on another RPG along the same lines, Farthest Frontier actually looks like a game right up my alley.

I didn’t realize they were doing another patch?! I thought the last one was their finale.

Do I need to worry about any sort of compatibility issues with the item assistant tool with a patch like this? 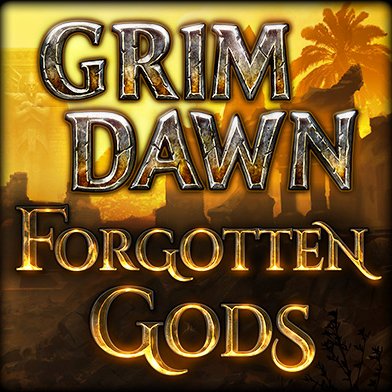 @GrimDawn
Grim Dawn, Crate Entertainment’s critically acclaimed ARPG, is coming to Xbox! We are thrilled to grow our community on the Xbox and expand the ARPG offering on console. Preorders become available November 22nd, with the game release on December 3rd! https://t.co/XNZNydvzpq 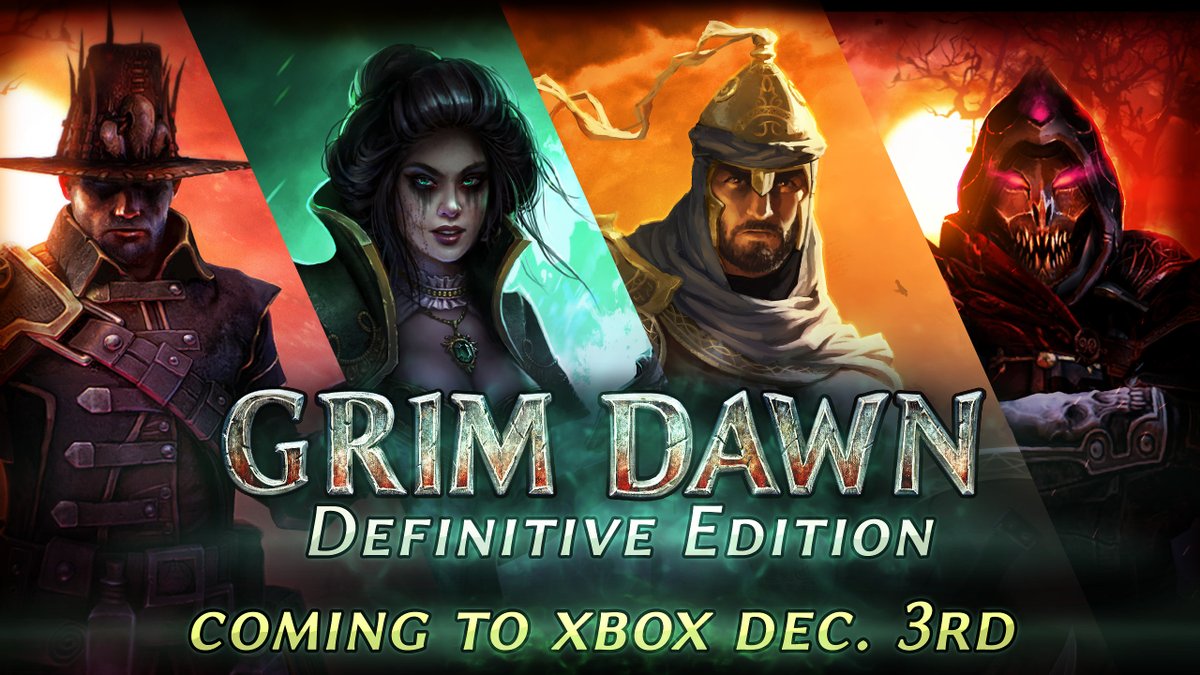 Very cool. Always happy to give more money to Crate, even if I don’t end up playing that much considering I’ve already spent over 1500 hours on it.

Oh to be clear, it’ll still be better on PC with Item Assistant and being able to switch onto a mouse for inventory management and leveling. But hey, it’ll be great without those things too.

So today is December 3rd. Release day on Xbox. I had a look at the Crate forums to see people’s impressions of the Xbox port.

Generally it sounds like the same game, but they don’t have the option to scale the UI, so nearly everyone is complaining that they can’t read the text from their couch. I can sympathize with that! On the default font in Grim Dawn, I can’t even read it in my computer chair sitting two feet from the screen.

But it sounds like the developers are on it, and working on having a scalable UI.

I hope they go for a more userfriendly approach than the one on PC. On PC it’s a slider, basically, and any size that I play on makes the text readable but the game looks way uglier because of the way the font scales up, it doesn’t quite fit the UI in the same nice aesthetically pleasing way anymore. So screenshots of the game always look way better than my own screenshots, which look ugly in comparison because of my bigger font.

Hopefully on Xbox they can do small, medium, large, that type of thing, and make sure each one looks good.

Wish they had done it before release.

But it sounds like the developers are on it, and working on having a scalable UI.

I play GD on PC from my couch on the 4K TV and yeah the opening menu and options etc are TINY. Have to stand up and move close to use them.

But I thought they already had an in-game scale, since I recall that being readable, so possibly it’s a task that won’t take too long.

Good on them for working on it, but seems like one of those things they would have done waaay early on if anyone had thought to try it on a big screen. I had to use a font mod even on PC (and not 4k or anything…)

Generally it sounds like the same game, but they don’t have the option to scale the UI, so nearly everyone is complaining that they can’t read the text from their couch. I can sympathize with that! On the default font in Grim Dawn, I can’t even read it in my computer chair sitting two feet from the screen.

I had the same problem with Slitherine’s Order of Battle on the Xbox. Tiny font, completely unreadable. A bunch of us complained on their forums and they didn’t even bother replying to us. It really pissed me off.

Don’t these people even bother playtesting their stuff under normal console play conditions? Also unlike the PC Order of Battle, there is no free version. We all played $20 for something that they hadn’t even bothered to try playing from couch distance.