Fans were pretty awful last year about the secret game not being Victoria, I wouldn’t fan the hype right now. Not that it needs to…

There’s so much mileage I could still get out of CK2 that it would have to be really special in some way. But I’m not most people.

Do you know if they’re planning to talk about the next EU4 expansion?

I like: too many things to research. Make a choice…guns or butter. No meta. Everything is mostly balanced.

Yes, I would expect them to. They’ve already been starting to cover details in dev diaries. So far, we know that they were originally planning on spending all of this year on this one expansion, but they decided in the spring that they would push it back to 2020 to give themselves more time. I would expect the expansion to be quite substantial for those reasons. So far we know that the expansion is a return to Europe and will contain significant additions to the HRE and the Pope / Catholicism. They’ve largely been nibbling around the edges so far, so I would not be at all surprised if they had an infodump at the convention.

Whatever it is, it’s apparently big because they’re really intent on having streamers and other influencers come out to there thing where they’re going to reveal it.

So I assume it’s some sort of sequel or the like for something people have really wanted.

Dan Lind spoke about HOI5 on the single malt strategy podcast a few months ago. Basically he said it would probably happen eventually and he had some big picture ideas of things it could do. But it is not a project under any development at the moment.

There’s a (slim but not insignificant) chance it’s a China Warring States game, given how TW3K has pretty much shattered sale records for that franchise.

I’m still waiting for a Bronze Age GSG. It’s such an interesting (and open) period.

The only teaser we’ve had for the new game so far was on a tweet. It had the game’s Producer standing in front of a suit of armour holding a sword that looked like it was as tall as she was.

Some people are thinking CK3 (it was the first of the ‘new’ generation, so it’d be first in line for a sequel), but could be some kind of fantasy medieval spin-off.

I would love to see them tackle the Victorian era again but whatever it is I’m sure it’ll be good. 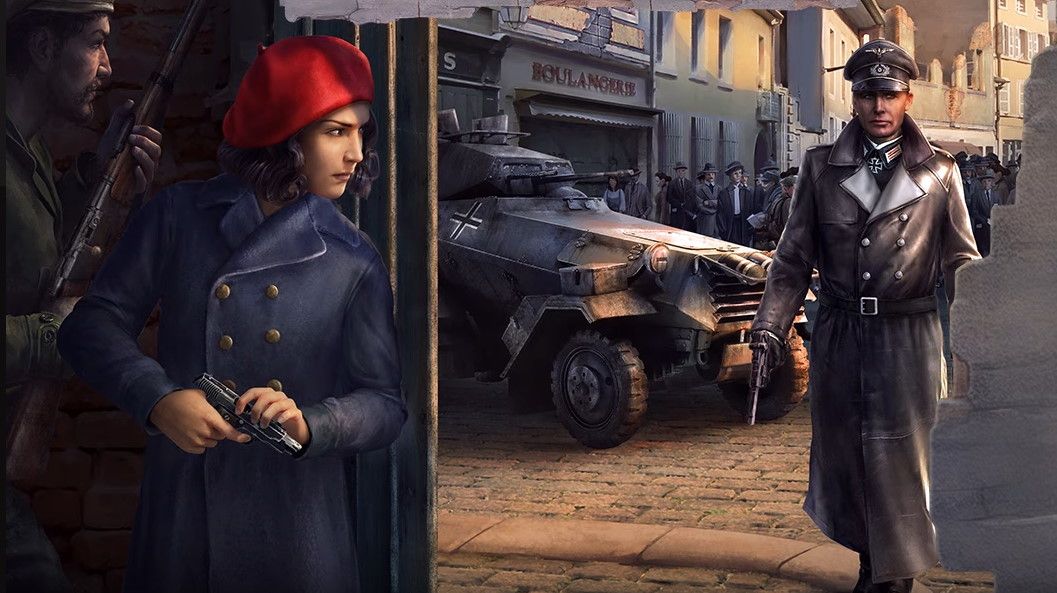 Somebody set us up the bomb.

Their announcement buried the lede!

I know an espionage system has been long requested, but I am most excited about a redesign of the Spanish Civil War and focus trees for nationalist/republican spain.

According to the first sentence of that article, Hearts of Iron IV is published by Parardox Interactive. You know your content creation quotas are rough when you can’t make it through a single sentence without an error.

I have never played a game where espionage was fun or added anything to the game besides RNG and a way to mitigate that RNG somewhat. One day, a game company will do an incredible espionage system in a Grand Strategy or 4X game, but I’m not going to hold my breath. I will happily acknowledge their genius if they are the ones that crack the riddle wrapped in an enigma that is a entertaining and functional espionage system.

but I am most excited about a redesign of the Spanish Civil War and focus trees for nationalist/republican spain.

I only just got around to reading the dev diaries for Nationalist and Republican Spain here:

and wow, they sound amazing. It sounds like it will make for a much more interesting and replayable Spanish Civil War. The alt-history is awesome too, an anarchist world conquest game is going to be quite a challenge!

I’m a bit skeptical also, but it looks like espionage is going to be quite deep.

This is the part that I really liked.

This is the logical path for people who want to lean heavily into espionage to get the most of it. There can only be one spy master per faction and the main advantage of being a spy master is that it will let you run a lot more Operatives (how many depending on the size of your faction). We felt it was mostly historical that only the really big nations truly invested in this, but the most important reason was balance. A lot of spy systems in games fall down on the fact that people can spam you with agents so you either end up super annoyed or the system needs to be toned down to where it’s no longer impactful and fun.

That is spot-on and has been a complaint I’ve had with basically every espionage system to date. That’s not to say HOI4 won’t end up suffering from the same problem, but at least they see the issue and are designing around it.

Well, I’m cautiously optimistic. Sounds like they have put some real thought into it at least, but as KevinC said, understanding why past espionage systems have failed doesn’t necessarily guarantee success. Still it’s comforting to know they are taking a considered approach.

The defensive game is mostly a passive affair for the defender as we were cautious of creating required micro, and by having a solid defense and capturing enemy operatives you might actually benefit a bit from the intel gathered on your enemies.

That’s good. The defense against espionage is usually one of the things I find most exhausting about these systems.

Looks good! I guess we don’t have a release date for “La Resistance” yet?

No release date, but we have Collaboration, Compliance and Coups.