I yam what I yam, Altman's 80s Popeye movie.

So there was a movie, I would guess late 80s or early 90s, and it had a grandfather character that would say, “You owe me an apology!” Overall feel was he was at best a tertiary character but it also kind of feels like he might have been an older famous actor. I can’t even remember the premise, though good chance it was a sci-fi-lite or Goonies type thing.

You have the Edit Stick of Power Tom, but if a thread is going to be attributed to me, I reserve the right to name it! ;) 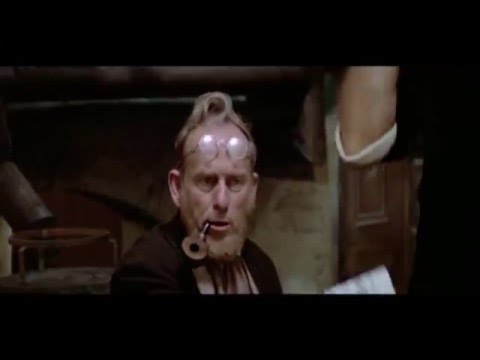 You beautiful unicorn you, there was never a chance in hell I would have dredged up Popeye for that!

I can’t believe they did a live action popeye movie and I’ve never heard of it.

It was the first movie I ever saw by myself!

Wait 'til you find out who starred in it.

And who directed it!

I looked it up yesterday to see if it was actually worth watching, but opinions seem mixed on that. Popeye is a 1980 American musical comedy film directed by Robert Altman and produced by Paramount Pictures and Walt Disney Productions. It is based on E. C. Segar's comics character of the same name. The script was written by Jules Feiffer, and it featured Robin Williams as Popeye the Sailor Man and Shelley Duvall as Olive Oyl. Its story follows Popeye's adventures as he arrives in the town of Sweethaven. The film premiered on December 6, 1980 in Los Angeles, California and opened in the rest of...

Siskel and Ebert both recommended it though.

Roger Ebert gave the film 3.5 stars out of 4, writing that Duvall was “born to play” Olive Oyl, and with Popeye Altman had proved “it is possible to take the broad strokes of a comic strip and turn them into sophisticated entertainment.”[24] Gene Siskel also awarded 3.5 out of 4, writing that the first 30 minutes were “tedious and totally without a point of view”, but once Swee’pea was introduced the film “then becomes quite entertaining and, in a few scenes, very special.”[25] Richard Combs of The Monthly Film Bulletin wrote, “In its own idiosyncratic fashion, it works.”[26]

I looked it up yesterday to see if it was actually worth watching, but opinions seem mixed on that.

I recall being moderately interested into it going in. But damn was it a slog. Slow, creepy, and zero humor. The sets were pretty cool, but everything else was just so dang bad. To be fair, all the actors pretty much nailed the look/sound of the characters. But with zero charm or joy.

It worked for a kid, maybe as an adult try watching it stoned?

It worked for a kid, maybe as an adult try watching it stoned?

I was 12 when it came out and didn’t work for me, but stoned? That’s probably the best way. It certainly did feel like a bad acid trip.

It’s a very weird movie. Might be worth a watch just for that.

“Creepy” is a good word to use to describe it, good choice.

It actually has a reverse uncanny valley effect, taking the grotesqueries of Popeye into the real world made for some freaky images.

It didn’t help that Altman didn’t really moderate his style at all for Popeye. It’s got all the usual Altman-isms, composed of mainly long master shots with all sorts of ancillary action going on in different parts of the shot, weird zooms from a medium shot to a close-up, overlapping dialog…all of which, I’d imagine, made it pretty offputting for a mainstream audience coming to see a big-budget cartoon adaptation.

All in all, Popeye is pretty good evidence that 70s/80s Hollywood was basically run on cocaine.

Filled with songs that literally do not rhyme! It’s an oddity for sure.

I watched in the theater with my dad when it came out. I remember him being impressed at the job they did bringing all the details of the comic to the screen.

I haven’t seen it since then, but I’ve watched about half of it over the last day or so. Everything you guys are saying is true; it’s not good, but the amount of detail Altman puts in every frame is astounding. The shoes look like cartoon shoes. The town, the houses. The costumes. All the little cartoony touches; the pipe, the fight moves. And Williams is great, of course. I’m glad his career survived this flop.

I used to watch this constantly as a kid.

No idea why, but I definitely did.

The town set where Popeye was filmed was turned into an amusement park afterwards, and is still standing.

Popeye Village, also known as Sweethaven Village, is a purpose-built film set village that has been converted into a small attraction fun park, consisting of a collection of rustic and ramshackle wooden buildings. It is located at Prajjet Bay/Anchor Bay, 3 km (2 mi) from the village core of Mellieħa, Malta. It was built as a film set for the production of the 1980 live-action musical feature film Popeye, produced by Paramount Pictures and Walt Disney Productions starring Robin Williams and Shell...

Built as a backdrop for the 1980 cult film Popeye, this seaside village is a quirky time capsule of a cinematic past.

I saw it in the theater at probably age 5. I don’t remember it well, but a few images and moments linger. Of course at the time I had no idea who Robert Altman was. Perhaps I’ll rewatch it some time, but I guess I have higher priority Altman films to get to first.