James Cameron's Avatar 2 (and beyond)

My mistake. For some reason I thought Iron Man was a year later.

I learned the other day that there was a lot of details in the world building, even in the music that was conceived for the movie… But then kind of ignored so it could be made more comprehensible and less alien to the audience, because that’s not an important part of the setting or something. Instead, it was all just a pretty, insipid piece of fiction that everyone quickly forgot about.

It did slightly better at the box office though.
https://www.the-numbers.com/movies/custom-comparisons/Iron-Man/Avatar#tab=week_comparison

A lot of people went, but did anyone like it? I don’t know.

I agree that I don’t think anyone really is clamoring to know more about that world.

It’s been 11 years, so it’s understandable that you guys don’t remember, but Avatar was fucking huge, and very well received when it came out.

Yeah, I enjoyed it, and have rewatched it a couple of times on BluRay. Not recently however. I remember buying it and the first RDJ Sherlock Holmes on BR when they also came with the DVD copy and gave my mom the DVD’s for Christmas that year. I do find I’ve rewatched the RDJ Sherlock Holmes movies a lot more, but if Cameron’s directing, I’ll go see Avatar 2 in theaters, if there are any by then.

I’m surprised at the chilly opinion of Avatar here. It pretty much follows (or rather was the precursor to) the Marvel movie template. Great visuals, simple plot lines, lots of fun, mass appeal

Name me one character as interesting as Loki, dialogue as fun as Guardians, or music as…

Well ok I’ll grant the music outside of Guardians.

No the Marvel movies do several things exceedingly well, with interesting character moments being key.

I very much enjoyed Avatar, have the blu-ray, have rewatched it several times.

I mean, sure the story is full-on cliche (despite an interesting concept) but the appeal - for me at least - came from a) the spectacular 3D implementation (in the theater) which successfully dragged technology that was previously considered a joke into a worldwide phenomenon before studio greed destroyed it through cheap-ass artificial emulation, b) the world-building and attention to detail with its fauna and flora were transporting, and certainly generated a ton of discussion about speculative alien zoology, c) few directors know how to direct compelling action like James Cameron and he hadn’t lost his touch here, d) the filming and CGI technology on display was unsurpassed at the time, and e) Sigourney Weaver will never not be worth watching multiple times.

The experience of Avatar eclipsed its rather bland story, so much so that at the time everyone was talking about it. Everyone. I can understand why people might want to see what else Cameron will come up with next, how he might push the envelope of what’s possible etc. Especially as studios have successfully destroyed the other two major franchises that at one time I’d have loved to see him tackle again directly.

The main downside is Avatars 3, 4 and… 5?! I mean, that seems enormously risky. The decade of anticipation only works once.

I like Avatar, and I hate most movies, especially comic book movies and the SW sequel trilogy.

So that picture looks like they are doing motion capture in the water? Don’t think that has ever been done before.

As for the original I’m like most. It’s completely generic movie that had for its day ground breaking special effects that hold up pretty well over 10 years later.

I think I can understand why some, perhaps many, might not or did not but I loved it more than liked it. Heck, I pretty much bought a 3D TV so I could watch it again in a home cinema, and it kickstarted a love (now reluctantly abandoned) for 3D movie watching at home. I even watched it again in 3D using Oculus Rift.

Lets say that I get my more sophisticated stories, worlds, characters from other films or books. Maybe this was just absolutely gorgeous junk food.

With regards to the sequels, didn’t Cameron always say that he wants to push theater technology to the next level the same way the first one did? The first one was the movie that got most theaters to switch to a 3D setup. I remember people talking about how they’re looking into coming up with a glasses-free 3D experience for the sequels a while ago - but not much in the recent past.

So my prediction is to watch Avatar 2 in our brave new theatre-less world, you will need to not only purchase individual online tickets for your living room, but exclusive 20th Century Fox (oops, Disney) VR helmets as well, and the entire movie will be full 360 degree VR. awwww yeah. It’ll be the biggest financial success or the biggest loss in history. go go go

See, I adore dragons. I have so many dragons - miniatures, stuffed, LEGO, etc - that I have storage space devoted to them because I can’t display them all. And I watched Avatar, once.

And I can bring no image to my mind of these dragons, so the movie certainly made an impression on me.

Avatar was the first 3D movie, right? That was a novelty when it came out, and probably explains why so many people saw it. Now every movie is 3D and you forget the 3D is happening 5 minutes into the movie. Even Avengers Endgame, I don’t remember anything in that movie that the 3D improved. I’ve watched it a few times on bluray and it’s exactly the same as the theater.

Avatar was a silly movie with excellent visuals. Avatar-land at Disney World is remarkable. I visited it earlier this year. The world has potential. They just need to hire a good writer to make an interesting story with compelling characters. Disney seems to be terrible at this.

I can bring no image to my mind of these dragons

Not really dragons. They appeared to be modeled on pterosaurs, with the tail fins of rays. No fire breathing or anything, but the aerial sequence was pretty impressive (although not as good as the aerial sequence in How to Train Your Dragon, if I’m being honest).

Heck no, there have been scores of them since the 50s (using those old red/blue glasses) and even before Avatar there were plenty of IMAX-3D movies. The tech didn’t spring from nowhere, but Avatar really popularised it using a combination of the latest viewing tech and new cameras that were built for it.

Heck no, there have been scores of them since the 50s (using those old red/blue glasses) and even before Avatar there were plenty of IMAX-3D movies. The tech didn’t spring from nowhere, but Avatar really popularised it using a combination of the latest viewing tech and new cameras that were built for it.

Yeah, they were really talking up that they were using some new camera tech for the 3D in this movie – can’t remember now what makes it special – and that honestly is the whole reason I went, and went in 3D (I generally don’t think 3D is worth it) and was totally meh on the whole movie, and it didn’t change my mind about 3D. I just don’t care. I don’t see a lot of movies in 3D, but I’ve seen more than a handful, and exactly twice I remember the 3D actually even being particularly noteworthy – one scene in one of the Harry Potter movies (a bunch of glass globes falling through the room), and in the first Avengers movie when Tony was chasing after the nuke, over the water and under a bridge – but neither of those made me want to see more moving in 3D, even. To each his own, it just doesn’t impress me.

I feel like the success of Avatar was a one-off, but I could very well be surprised. 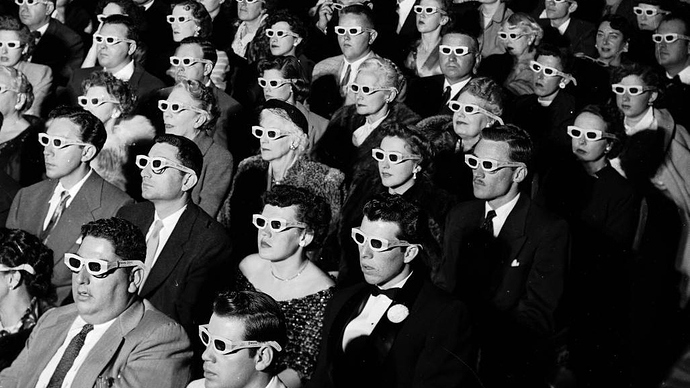 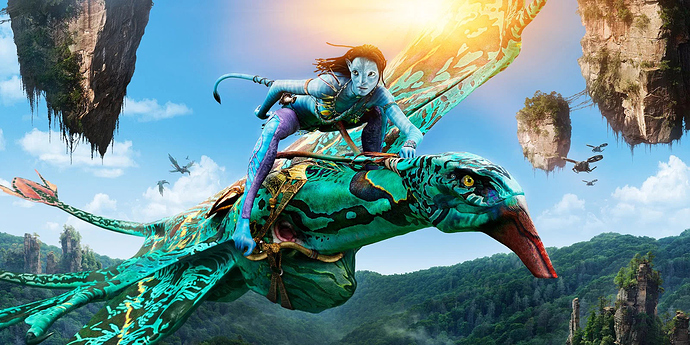 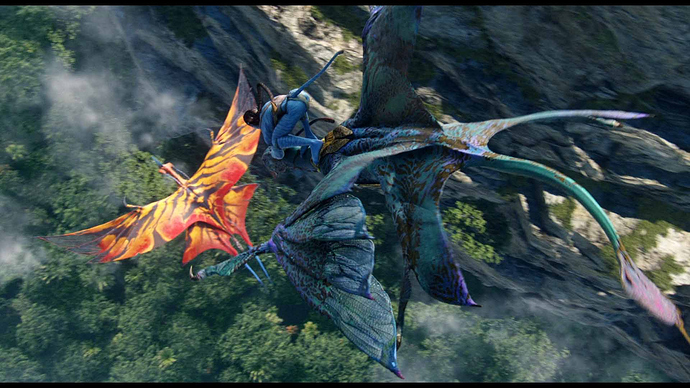