Jony Ivy promoted out of Apple

So apparently Ivy has been promoted to a newly created position where he can spend most of his time in England. Supposedly he has threatened to leave more than once and was only retained by throwing money at him - it seems he really hates living in the US and wants to return to England to raise his kids. It’s completely unclear what exactly this new position will be assigned to do other than, perhaps, work on a “Campus 2” assignment as well as perhaps be the guru on the mountain to which Apple designers can go on pilgrimage and ask his blessing. It might also well be related to the relatively tepid response to the iWatch, which doesn’t seem to be the smash hit Apple needs it to be, though it will doubtless sell a lot of them in the short term.

I have exciting news to share with you today. I am happy to announce that Jony Ive is being promoted to the newly created position of Chief Design Officer at Apple.

Jony is one of the most talented and accomplished designers of his generation, with an astonishing 5000 design and utility patents to his name. His new role is a reflection of the scope of work he has been doing at Apple for some time. Jony’s design responsibilities have expanded from hardware and, more recently, software UI to the look and feel of Apple retail stores, our new campus in Cupertino, product packaging and many other parts of our company.

Design is one of the most important ways we communicate with our customers, and our reputation for world-class design differentiates Apple from every other company in the world. As Chief Design Officer, Jony will remain responsible for all of our design, focusing entirely on current design projects, new ideas and future initiatives. On July 1, he will hand off his day-to-day managerial responsibilities of ID and UI to Richard Howarth, our new vice president of Industrial Design, and Alan Dye, our new vice president of User Interface Design.

Richard, Alan and Jony have been working together as colleagues and friends for many years. Richard has been a member of the Design team for two decades, and in that time he has been a key contributor to the design of each generation of iPhone, Mac, and practically every other Apple product. Alan started at Apple nine years ago on the Marcom team, and helped Jony build the UI team which collaborated with ID, Software Engineering and countless other groups on groundbreaking projects like iOS 7, iOS 8 and Apple Watch.

Please join me in congratulating these three exceptionally talented designers on their new roles at Apple.

He’s been vocally unhappy living in the US, and the scuttlebutt has been that the board wasn’t too pleased with his Watch boondoggle. I guess the feeling among many was that the watch was too specialized a product in that it required ownership of an iPhone to really work.

The watch has been out for like a month and I really don’t know anyone who has to have it. I do know someone with one, but only because one of her friends got two and offered one of them to her at cost, and she decided what the hell. So, yeah, the watch is nowhere near as must-have as the iPhone was.

You can tell that this is not good news because they announced it on one of the biggest holidays in the U.S. Talk about burying the lead.

The watch has been out for like a month and I really don’t know anyone who has to have it. I do know someone with one, but only because one of her friends got two and offered one of them to her at cost, and she decided what the hell. So, yeah, the watch is nowhere near as must-have as the iPhone was.

You can tell that this is not good news because they announced it on one of the biggest holidays in the U.S. Talk about burying the lead.

The watch is barely “out”, and maybe that’s something no one’s happy with, but I think so far it’s mostly still a “good problem to have” situation. You can’t even buy them in retail stores yet, and ordering most models online is still a wait of weeks. It’s way too soon to start writing it off.

Ben Thompson’s Stratechery has what seems like a pretty good take on this, I’d recommend reading it if you’re actually interested: https://stratechery.com/2015/jony-ive-promoted-the-implications-of-not-managing-what-about-apple/

TLDR: this has been in the works for a while (so it’s definitely not a reaction to the actual launch of the watch), and whatever Ive’s reasons are, it’s a pretty smartly executed transition.

Just because the apple watch isn’t the transformative gadget the iPhone was doesn’t mean it’s some kind of failure. It just wasn’t some kind of revelation. But really, it wasn’t even the first smartwatch, so I don’t know what folks were really expecting.

I expect wearables to become essential in the next few years, but it’ll take a little more refinement I believe.

Some of the new solid-state battery tech that Google is working on could affect this in a big way.

I don’t think the watch is a failure. I think some people expected way too much from the current tech. I think it has issues that will be solved by advances soon enough.

Ive’s move makes sense for both parties. He wanted to get back to his home, he gets to work on big-picture stuff at the new campus, and Apple gets him out of day-to-day design direction. As a side benefit, they no longer have to report his salary.

Right, as far as the watch goes, I think it will be a success too, but for argument’s sake even the most cynical view of the Apple Watch launch and its reception doesn’t fit into this narrative as a reason for Ive to be on the way out.

I disagree. I don’t think it takes the most cynical view of the watch’s reception so far to see it accelerating this move. I’m sure the truth is somewhere between “get this guy the fuck out of here” and “here’s a reward for your forward-thinking watch design”

Given the long road Apple takes on anything, as well as the decent amount of pre-orders, there’s no way Ive was “canned” over the Watch. As an SVP, Apple didn’t need to report his salary either. I think there are only a handful of positions a public company is required to report on anyway.

The reality is somewhere between Ive wanting to live in Britain again, and Apple working on an exit strategy so people don’t lose their shit when he leaves. This is like Cook running the show when Jobs’s health died.

I just love how everyone calls it the iWatch.

I just love how everyone calls it the iWatch.

After reading this I had to look up what the actual name was.

After he left Apple, Ive founded a firm and signed a $100 million deal with Apple. Apple. Ive made Apple his primary client, and Apple could veto any work he did for other companies.

Well, that was then. 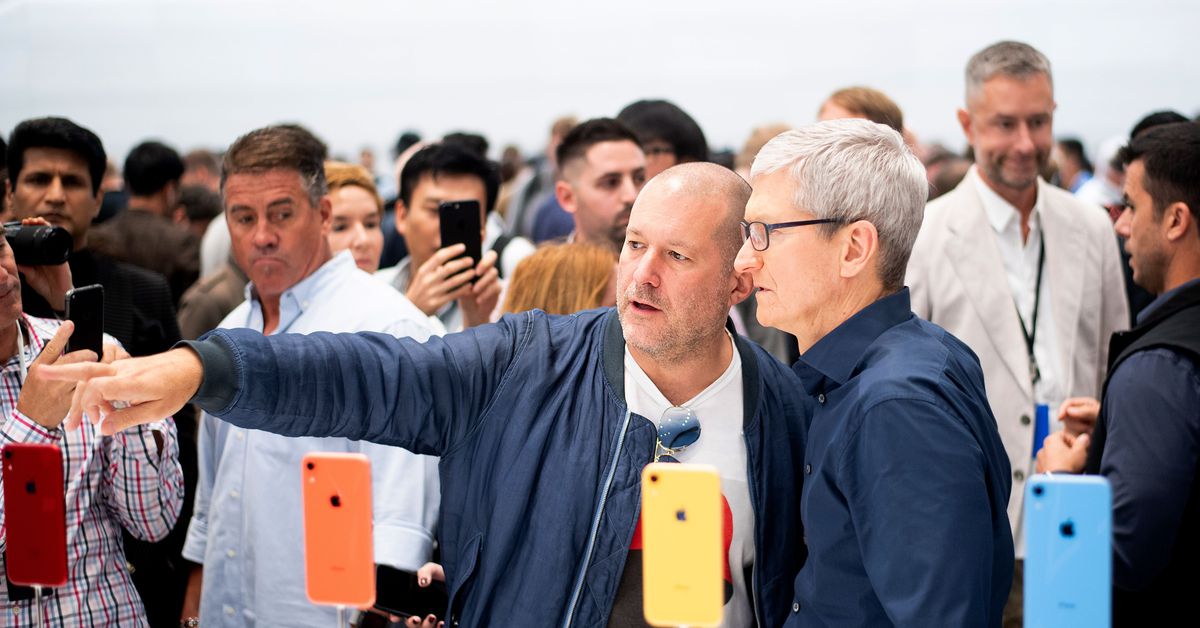 Apple and Jony Ive are no longer working together

The relationship is over.

Ive drove form over function. He’s responsible for all Apple’s functional design failures over the past 10 years. The tMBP, the 1st gen pencil, the magic mouse, all under Ive.

He’s a brilliant designer, but that needed to be tempered with someone advocating for functionality. With Jobs dead Ive did whatever he want, and that led to some silly products which Apple users bought because, well, what else are they gonna do, buy a Dell?

Now we just need to lose Alan Dye on the software side of things. He’s responsible for hiding/losing UI elements in order to get a clean look.

Maybe they should just sell a solid block of machined aluminum, with no electronics, and call it a iFidget or something.

Apple didn’t want to keep paying him $100M a year

I thought the Pencil one wasn’t bad, given the form factor issues. Obviously, the Pencil 2 with the new form factor is much, much better. Now, the Pencil 1 charging was obviously cludgy as all hell, but for a first generation device it was ok.

I am in the minority here, but – keyboard and headphone jack placement aside – I liked the form factor of the 2016 Pros. Yes, it was dongletown, but I like the flexibility. I didn’t have to worry about which side the HDMI cable in a conference room just couldn’t reach to.

I didn’t have any issue with the form factor or the dongles. The keyboard was a hot, hot, mess to use if even a crumb made its way under the keys. I still use the dongles when I use my current MBP for presenting, etc.

Heck everyone makes fun of the mouse, but it really isn’t that bad. If the battery runs out, charge it for 2 minutes while you use the bathroom and you’re good for the rest of the day. That said, there was no reason to make it like that. I am glad those days are mostly over.

Maybe they should just sell a solid block of machined aluminum

Your comment reminded me of the iPod shuffle 3rd gen. If only Apple had thought to remove the headphone jack back then. :) 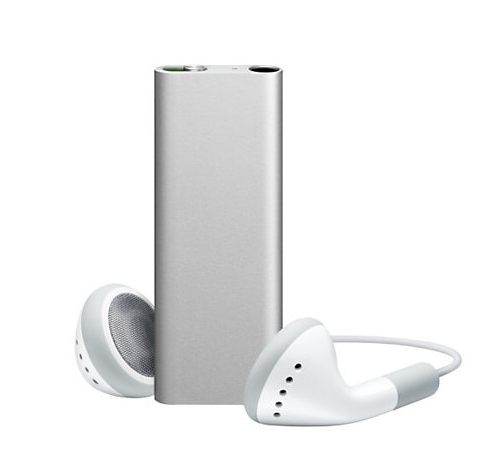