TL;DR how should I best hook up one laptop, one desktop, two monitors, and one mouse?

My office is going to be reopening in the nearish future. We’re going to schlep all the stuff we’ve been using at home back to the office. But we’re also moving to a hybrid style, which means I’ll still be working from home two or three days a week.

I don’t want to haul much more than the laptop and maybe the mouse up to four times a week.

Therefore, I’m thinking about reorganizing my janky ad-hoc setup. I’d like to move my workspace away from the dining room table and back to the room where my desktop lives. I had been using the laptop screen plus one monitor snagged from work, which was plugged into a Dell docking station. That dock plugged into an outlet, and then I plugged the monitor into the dock via a DisplayPort and the laptop into it via USB-C for power and video.

My company is allowing a modest reimbursement stipend to get more Home Office Stuff. I would think I would need a new dock or at least some kind of USB-C to 2 HDMI/DP splitter/adapter. Buuuut I also would like to take advantage of two monitors on my desk for both work and pleasure. I started by searching for threads here on Keyboard Video Mouse (KVM) switches. There are a ton of KVM QT3 threads that were created between 2007 and 2009. Many of the KVM switches on NewEgg and Amazon, etc. appear to be from around that period, too. Maybe they have USB 3.0 but not USB-C. Or HDMI instead of DisplayPort. Anyway, there appears to be devices that are good at displaying two monitors, and devices that switch between which PC has access to a monitor, but not devices that do both. Or maybe there are but I’m not seeing them.

Any advice you learnéd computer maniacs can advise? Go with a dock, or a splitter and laptop charger and keep 'em separated, or a KVM, or a KVM hybrid, or something else?

I also use a monitor which has multiple displayport inputs and lets me switch between them easily. So it’s a button push on the monitor to switch video, then a button for the USB stuff to switch that stuff.

For the two monitors are you looking to have them driven as a dual-monitor display for each setup and you switch back and forth between which computer is driving them both? Unfortunately, I don’t know of anything offhand that does that, so any advice I’d give would just be results of some Google searches.

For the mouse specifically, Logitech’s newer models support multiple devices at the same time, supposedly seamlessly, though I haven’t tried it (and it presumably involves drivers on both devices). Some of the older ones allow for multiple wireless pairings, so you could just do it manually fairly easily.

For the two monitors are you looking to have them driven as a dual-monitor display for each setup and you switch back and forth between which computer is driving them both?

Apart from the already mentioned “multiple ports on the monitor”, it seems the simplest solution is probably a low tech one. Use a hub, and when you want to switch devices unplug one and plug in the other.

This doesn’t solve your problem directly, but Nirsoft’s Control My Monitor allows you to switch the inputs on a monitor from your computer (so you don’t need to navigate to the “input” menu on your monitor and switch it). That might be helpful if you don’t end up with a hardware KVM switch.

EDIT: this utility was recently discussed on the Brad and Will Made a Tech Podcast (or whatever that show is called) and is discussed in some detail here.

If you can get your company to allow you to use Mouse Without Borders (or a similar “virtual KVM” or “virtual KM” solution – there are a variety of open source and pay-fo solutions), I would heartily recommend that, too. It’s been a tremendous productivity saver for me these last few years working between a desktop (two displays) and a laptop (situated to the right of the two displays) and controlling it all from one keyboard/mouse.

I have one of those. Actually, got a keyboard and mouse combo with that capability. It works, but the mouse will occasionally lose connectivity (when using the wireless dongle) and won’t reconnect until some futzing around with turning it on and off and pushing the connection buttons.

I have taken to using a relatively simple and inexpensive USB switch to switch peripherals between laptop/main PC and just switch my monitor input manually as required, though I’m gonna check out that app above.

It’s working pretty well. I set up my laptop next to my monitor on a 3D printed vertical stand so can operate the laptop without necessarily switching the monitor input, say if I am just checking work email outside business hours, etc. Or I can follow the Zoom meeting while playing games … 😁 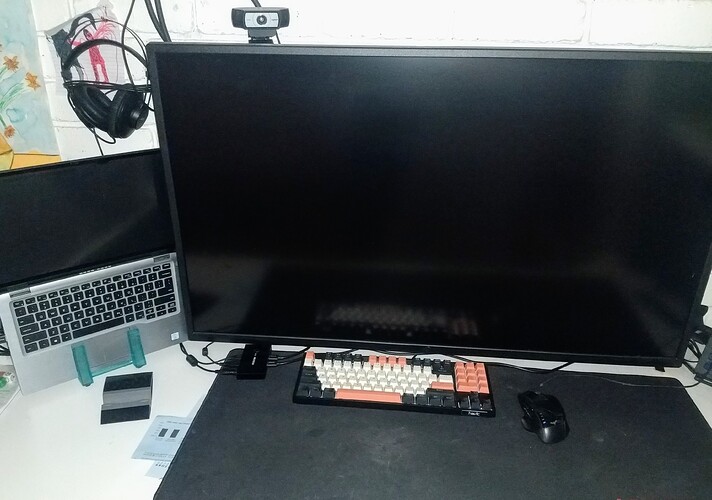 I use this KVM switch to switch between desktop and work laptop:

The laptop is plugged into a docking station (with a pair of USB-C connectors), and then the docking station goes into one port of the KVM. The desktop goes into the other port of the KVM. Works really well. I use my laptop screen as a second monitor for my work PC (which means I can monitor work stuff while switched to the desktop) and my desktop only has one monitor.

I had never thought about KVMs only having one display.

Obviously, the answer is a KVM and one of these.

Thanks for your feedback, everyone!

Obviously, the answer is a KVM and one of these .

This made me laugh aloud. Your logic is impeccable and persuasive! 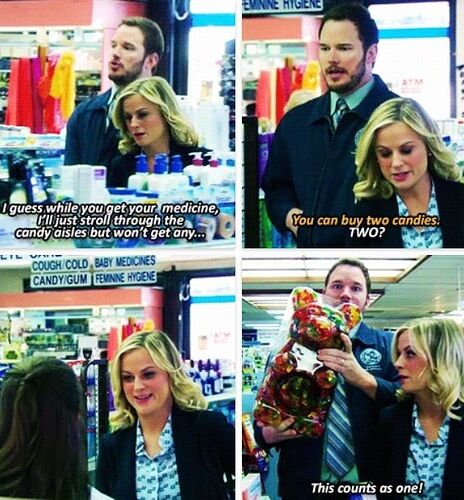