What if Dark Souls but Hellraiser:

The Besties described this as Paper Mario with some of The Vikings puzzle-solving mixed in. I guess it’s been out for more than half a year, but I hadn’t heard about it!

wow, if there’s a playstation game i wasn’t expecting to get a spiritual sequel, it’s Wild 9 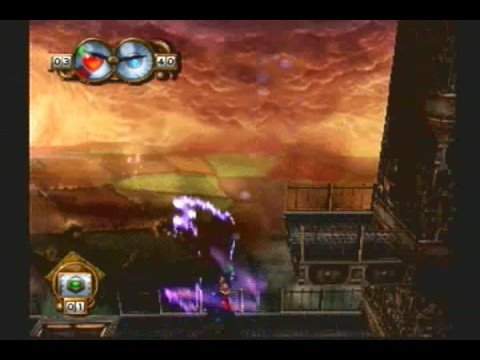 Anybody has an opinion on this?

Replace ‘widget’ with ‘app’ in that link

Replace ‘widget’ with ‘app’ in that link

Thanks! Didnt know that!

Weird how many reviews compare it to darkest dungeon. It doesn’t really look like that to me.

The attack and defense options looks more like traditional JRPG stuff. So I think the DD comparison is off in that regard. Maybe it refers to the town building and the dungeon exploration mechanics?

Well it doesn’t have the DD/Iratus combat setup with 4 units front to back (there are 2 rows). The maps reminded me of something, but I can’t recall what. They aren’t linear, but are laid out on a grid like Isaac, etc.

Not sure on the town stuff.

Change: A Homeless Survival Experience is now available on GOG for $12.74 (15% off). 20% of profits donated to homelessness charities. The one review I found was positive.

Played Change this evening, and I think it’s a well-made, rogue-like game. At first I thought it was going to be too easy to do well, but having finished a playthrough, I think that is intentional. I imagine that someone who is newly homeless might think that if he just does certain things, he’ll get back on his feet. But in the game as likely in life, eventually little things start to undermine you, and that feeling of control begins to slip away. My character began suffering from depression, which made it harder to do the things necessary to get a job. I managed to do a day-labor once, but I couldn’t again because I had to deal with hunger and hygiene so that I couldn’t get to the spot in the morning. Then the tabloids reported that the homeless were living large and the city started cleaning the trashcans and streets better, and it was a downward spiral for me and my dog from there. It’s certainly bleak in that “Papers, Please” kind of way. I would recommend it.

I had eyed Factotum 90, a little puzzle game that seemed inspired by Tower of Babel.
I just noticed today there was a demo for the Switch and I have been very pleasantly surprised by it. So far it lacks a bit in challenge, but there is a lot of good atmosphere. It reminds me a bit of Duskers in a way.

The demo for this is absurdly charming, but screen shaking can’t be disabled.

Action + strategy, reminds me of Syndicate.

Looks like great fun. Also a good reminder that its been too long since I booted up Geometry Wars 3

Hohokum/Wilmot’s Warehouse folks making a game about ghosts in a lighthouse, published by Annapurna.

I would really love for them to bring Hohokum to PC. Not that itll ever happen. I am Dead at least has that great visual design they bring though.