My ping goes back and forth between Ohio and Virginia. I suppose have to play without my VPN because both servers go over 300 when I tried it out of curiosity lol

The thing that worries me about this game is that all the Alts seem pretty good and knowing that you have to put your all into a Main with a couple of Alts is a bit of a letdown. I am amazed that people keep playing the game and seem to stick with their choices and never get tired of it.

In COH I played everything.

I think maybe you misunderstand. I’m no expert, but I think you want to look at it as having one character that is a “progression” character, meaning the one you will use to see new content for the first time with. You will use other characters to feed that one to an extent (e.g. upgrade materials) but the converse is also true, since that “main” is probably earning gold you can gear alts with.

There will still be plenty of opportunity to play those other characters, though, and they won’t be that far behind, I don’t think. It’s just that pushing gear score incrementally later in the game becomes expensive, so you don’t want to go swapping your lead character on a whim. Also, once they start releasing new classes, you will be able to boost them near to the endgame if you want, just like other mmos these days

Once you get to 50 you kind of have to decide how you want to use your upgrade materials. The more you progress the more materials you get and the higher-level ones you get to progress further. So you want to have at least 1 character advancing while any other characters you can funnel resources to that character or stockpile. You can stockpile as well with your “main” but you will want to progress to get the rarer, higher materials. Once you get 1 character to the endgame you have the time-gated daily quests which will take you ~2 hours and once you get familiar/know your goals ~1 depending on if you can get groups for the group stuff (here is where support really helps you out since you get the pick of the litter). So any other time during that day after you do the time-gated stuff you can do whatever you want, whether it is progressing continents or stories, playing alts, or whatever.

A lot of the collectible/side stuff is account-wide, so you can do them on alts and still give it to your main and vice-versa. So you can easily grab another character to try out or you want to level and do all the skipped side stuff you missed on your main. The only issue is that a part of the tracking is character-based (I’m not sure which ones are and aren’t, except for the side quests, which are NOT), so if you do that sort of thing and you don’t know what you’ve done on what character instead of doing it all on one for the tracking it could be an issue.

I understand we have to use alts to feed our main. BUT I have read that most players only use 3 - 4 alts. So that means out of a total of 20 classes a player really only ever plays about 4 - 5 of them. I am assuming that trying to equip too many alts to cover material farming itself gets costly in upgrading to the bare minimum necessary (the reason players only use so few to farm etc).

I suppose it may not be that big a deal because if most of the classes are fun to play using 4 - 5 may be plenty for the whole experience.

You don’t have feed your main but it’s kind of what you want to do at least for your first character. What people mean by using 4-5 alts means they do the active daily quests with them. Most of the time you’ll have a pretty good idea of how a character plays by getting them to 50, with the upper levels just basically getting better and having access to the things that improve your character more. Most of these people who use the 4-5 alts (which I think is high and I don’t want that kind of time commitment myself to make it feel like a job) have a lot of others or have tried them. They just landed on the 4-5 they like to play.

I understand we have to use alts to feed our main…

I saw a video yesterday from Stoopzz and Saintone (I think that is the spelling for 'em) where they said not to get too worked up over the “have to use alts” thing that a lot of people are pushing. Saintone said in regard to the 3 day headstart (paraphrased) “this is a game that is designed to be played for years, a couple of days isn’t going to make a difference in the greater scheme of things.” And I think the same thing applies regarding alts - they both said they played an alt when they found a class they thought would be fun to play, not from a sense of obligation to farm materials for some other class.

So that means out of a total of 20 classes a player really only ever plays about 4 - 5 of them. I am assuming that trying to equip too many alts to cover material farming itself gets costly…

My thought is - if a character class seems like it’ll be fun, I will try it out. If it turns out not to be fun, well, there’s always another class to try. I doubt the six character slot limit will feel restrictive.

These guys both said they only played two or three other alts consistently (fyi, there is a ‘catch up’ mechanic with the dungeon energy or whatever it is so if you don’t play an alt for a few days you receive more rewards when you DO use them in a dungeon).

Another point they made was that there’s an opportunity cost to playing an alt in that you could be using that time to make your main character stronger, completing collections, island hearts, mokoko seeds, etc. I understand there are time-gated things you can do daily but you can still play your ‘main’ guy after those are done.

So that means out of a total of 20 classes a player really only ever plays about 4 - 5 of them.

The game only comes with 6 character slots so the most you can have is 5 alts anyway unless you buy more slots at around $10 per slot.

Six slots per server, so if you were really interested in trying out other classes, just switch servers.

Okay. I’ve been reading that it’s 6 per account. Some are also saying per server. I tried googling but can’t seem to find anything official. It’s great if it’s per server. I sure hope so.

Unless things are different in NA/EU in RU 6 per server (without new character slots). Each account can be upgraded to 24 per server (at least that is what it has space for on the start screen, I didn’t actually buy them myself to see).

Those things are server(account?)-wide by the way. Doesn’t matter which character you use.

So the Director of Smilegate’s birthday was yesterday/today and he put up a personal video. It’s in Korean but a streamer was translating it live

There is also a transcript 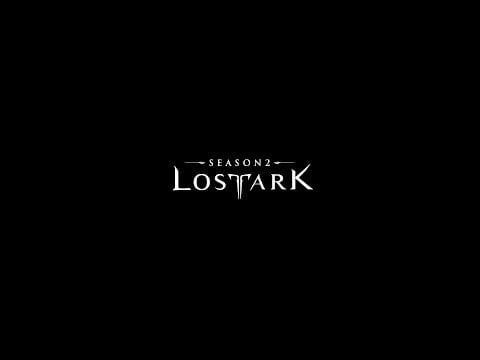 For context on some of it, recently Korean Lost Ark players crowdfunded $20,000 USD worth of billboard ads put up in mass transit station(s) showing their appreciation to the developers who use it to go to work.

I’m beginning to understand why there is a very loyal fanbase that believes this company will do right by them which is a nice change. There certainly are outliers like the recent Joe Danger story, but it isn’t the norm.

I was listening to a video today where the YouTuber explains that some items are server restricted and others can be sold on the Auction House. It sounds like the Auction House is for all the servers in the region? Anyone have any insight on this?

I learned something interesting listening to Hi_Im_Fox. I really like his videos on Lost Ark.

He explained that PVE can be played together regardless of which Server you are on (in same Region). The only reason to be thoughtful about which server you choose is for PVP and Guilds. I did not realize that PVE would allow different players from the same regional servers to group together.

I watched that video this morning and was struck by several things. First, just how humble and appreciative this guy was of the ads the players had put up thanking them and how touched he was that one of them had an Easter egg wishing him a happy birthday. He also got some birthday gifts from the players and opened them during the stream. He was almost brought to tears a few times. The gifts were really something else. One of them was a thick glossy book with letters of appreciation and art created by players.

The whole thing to me emphasized just how much of a culture divide there seems to be between us here in the west and KR. They seem to be much less cynical and nasty as a people in general. I can’t imagine any players here in the US ever doing something like that for any game company under any circumstances. I also can’t imagine a US game director being that humble and appreciative of his player base. Or so frank about their own game’s weaknesses.

The whole thing made me kind of a fan of this guy. I hope they can pull it off and make Lost Ark a big hit here in the west.

How much leveling on a class do you think is needed before you can determine if that particular character is for you or not? I didn’t play the beta so just wondering if you need to get to 50 to really get the feel for it.

That was pretty wholesome. :)

How much leveling on a class do you think is needed before you can determine if that particular character is for you or not? I didn’t play the beta so just wondering if you need to get to 50 to really get the feel for it.

I can’t speak in generalities since I don’t have much experience with the game. For myself personally playing Summoner and then Soulfist in the beta, I felt like I had absolutely no idea how they would feel until I started hitting L20 or so. Particularly for the Soulfist, it felt kind of awkward for me until I got some new abilities that started filling out my kit and then it started feeling much better. If that’s anything to go by (and we’re talking just the very tip of an iceberg here), I imagine how I feel about a class will continue to evolve up to max level and trying out engravings, as I hear they’re pretty substantial.

I’m not sure if the game goes live with this but in the beta they had a little trial room when you made a new character. You started out with a bunch of abilities and could mess around with that. I liked how Soulfist felt in there but in-game starting at L10 I wasn’t really feeling it. Thanks to the trial, though, I knew I had some really enjoyable abilities to look forward to.

Sorry, that’s probably of zero help in answering your question. That was my very limited experience up to L25+ on a couple classes, though.