Despite ample evidence of it failure during the 2016 presidential election, there’s no consolidated media thread.

There is no better illustration for just how bad the mainstream media is and its “both sides” and “whataboutism” disease then this from Fair.Org: 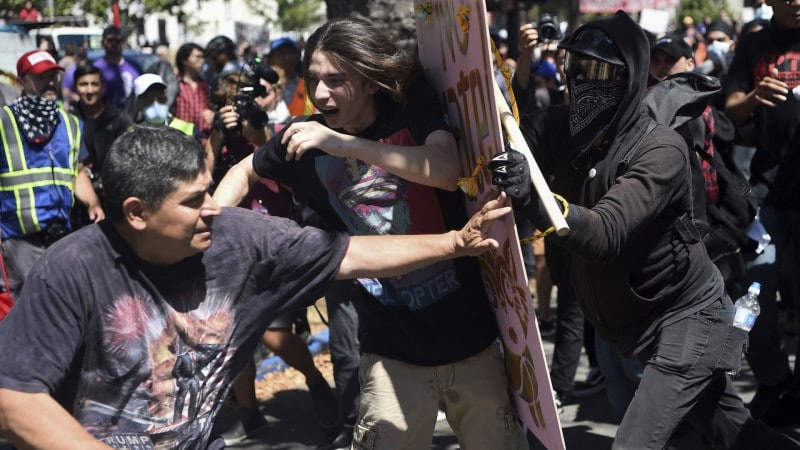 In Month After Charlottesville, Papers Spent as Much Time Condemning...

For the purposes of this survey, commentary that drew a comparison between antifa and neo-Nazis, but devoted the bulk of its argument to condemning antifa, was categorized as anti-antifa. There were no op-eds or editorials framed as condemnations of “both sides” that spent as much or more time condemning or criticizing neo-Nazis. The “both sides” frame—which was employed by Donald Trump in the wake of the attack, and endorsed by white supremacist David Duke—was almost always used a vehicle to highlight and denounce antifa, with a “to be sure” line about neo-Nazis thrown in for good measure.
…
The Washington Post and New York Times published markedly more critiques of neo-Nazis than of antifa: the Post by five to two and the Times 13 to five. This was in contrast to the coverage in the Wall Street Journal—five antifa condemnations and no anti-Nazi ones–and USA Today, which featured seven anti-antifa pieces and only three opposing white supremacists or calling on Trump to do so. The LA Times and Mercury News were basically split down the middle, with the former publishing six anti-antifa and five anti-Nazi takes, and the latter publishing three against antifa and two against Nazis.
…
A month after a leftist protester was killed by a self-professed neo-Nazi, it’s notable that a slim majority of opinion in major newspapers focused on those devoted to combating racism rather than to those advancing it. Bear in mind that one side kills more people than any other ideology in the country and openly promotes genocide, while the other supports aggressive tactics to prevent the promotion of genocide, and hasn’t killed anyone. As FAIR has noted before, the media’s “both sides” fetish is uniquely unsuited for the Trump era, and their peculiar evenhandedness in the wake of Charlottesville illustrates this with stark clarity.

With a major publication like Politico expressly telling its reporters to avoid criticism of “physical attacks on journalists and white supremacy” on social media—so as to not appear “partisan”—one is compelled to ask, of what use is the pretense of “objectivity”? In an attempt to balance the scale, the media put their thumb on it, overemphasizing the threat of antifa while playing down an emerging far right that, in addition to having just killed someone, is in tacit alliance with the most powerful man on earth. 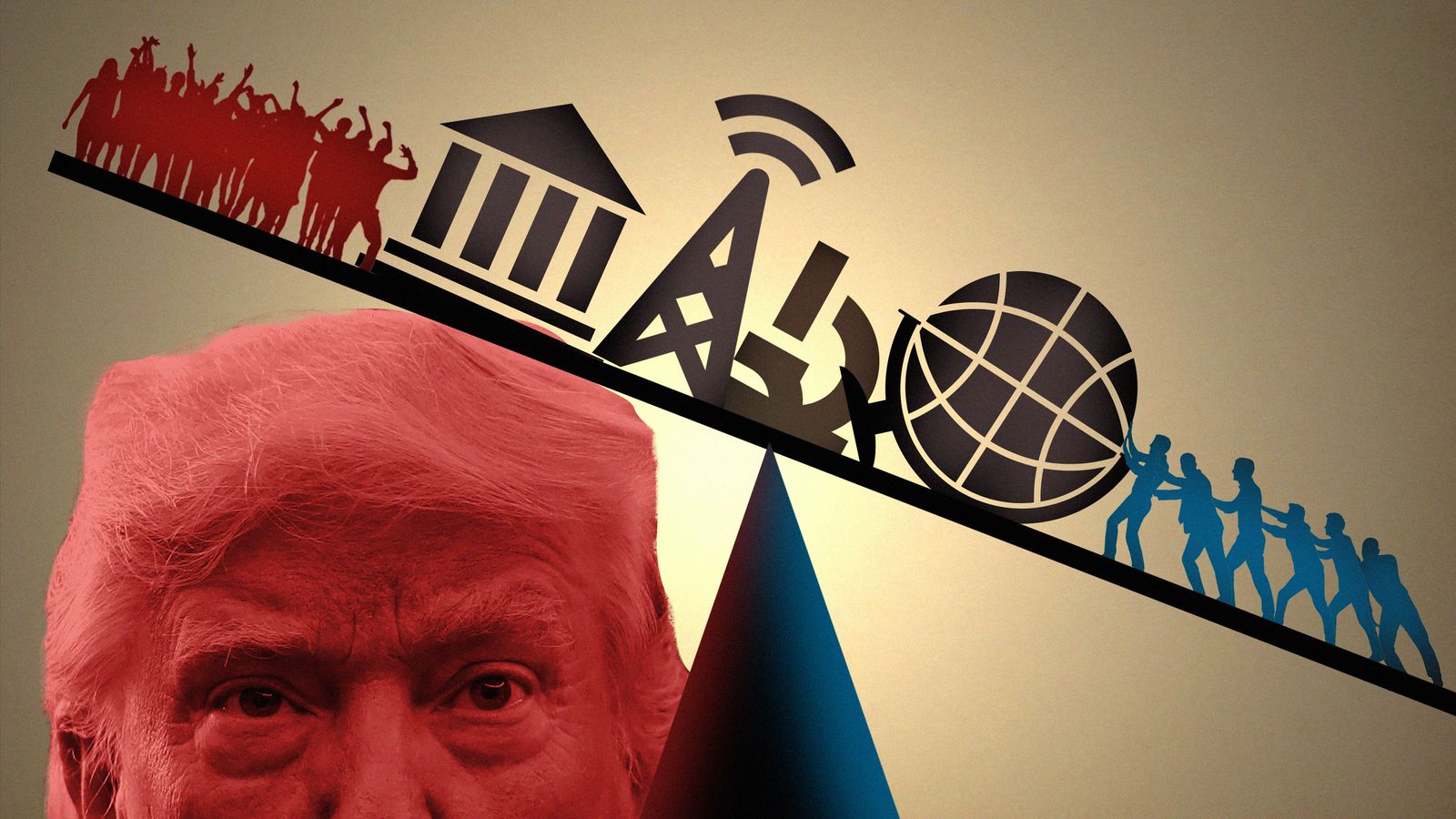 Donald Trump and the rise of tribal epistemology

Journalism cannot be neutral toward a threat to the conditions that make it possible. A conflict in the journalist's code was created by a president wholly unfit for the job.

Most every journalist who covers Trump knows of these things:

It’s not like items 1-6 have been kept secret. Journalists tell us about them all the time. Their code requires that. Simultaneously, however, they are called by their code to respect the voters’ choice, as well as the American presidency, of which they see themselves a vital part, as well as the beat, the job of White House reporting. The two parts of the code are in conflict.

If nothing the president says can be trusted, reporting what the president says becomes absurd. You can still do it, but it’s hard to respect what you are doing. If the president doesn’t know anything, the solemnity of the presidency becomes a joke. That’s painful. If they can, people flee that kind of pain. In political journalism there is enough room for interpretive maneuver to do just that.

This is “normalization.” This is what “tonight he became president” is about. This is why he’s called “transactional,” why a turn to bipartisanship is right now being test-marketed by headline writers. This is why “deal-making” is said to be afoot when there is barely any evidence of a deal.

I found this article in a link on a Twitter feed referenced in another thread. It didn’t really fit the theme of that thread, but it’s kind of relevant here in a discussion about Media in the Age of Trump.

Basically, it’s a fascinating look at an Egyptian-born American bodega owner who moonlights as a respected American Politics pundit on Egyptian television, because they kind of need someone to explain America to them these days…

Cillizza wrote 55 “but her email” stories while at WaPo, now at CNN reportedly earning half a million a year. He is a worthless POS. 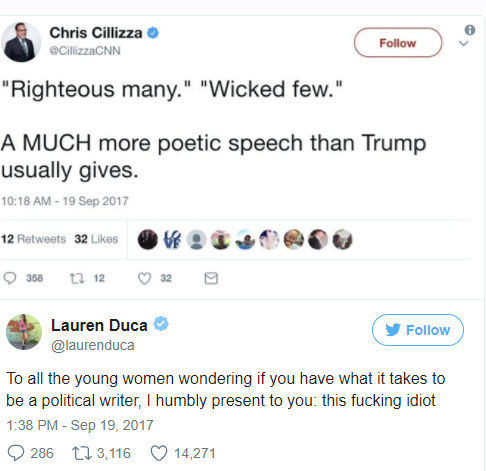 So there’s the zombie shit care bill that is the big news, right?
Not according to Cillizza. 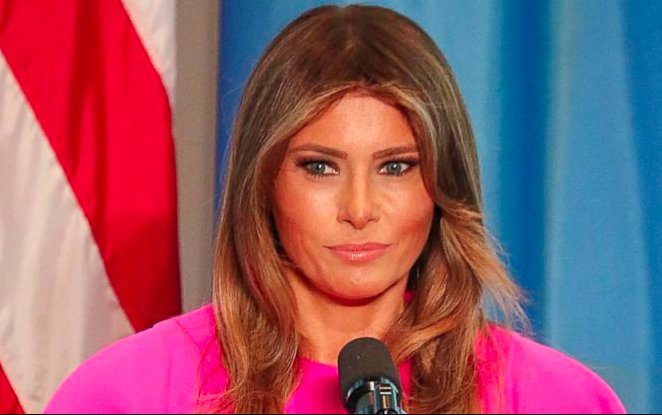 And he can’t even get that right.

Or at least less people hate her.

While true, the point I was trying to make is that Cillizza is a dumb ass (and example number one of beltway punditry gone rotten.)

He is among the worst pundits on any mainstream platform.

When you exclude Fox pundits that is. 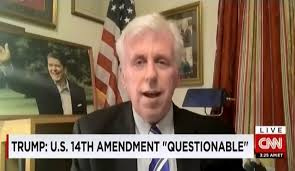 LGM on Cillizza (who is at it again):

CNN’s Editor At Large does a little of the ol’ Both Sides Do It with respect to the extraordinary effort of Republicans to eliminate health coverage for tens of millions of people with a quarter-assed bill that will be subject to none of the typical legislative process and little public debate. You probably already know where this is going:

To be fair, this is far from the first time a party has tried to jam something through without knowing all the consequences — as then-House Speaker Nancy Pelosi famously said about Obamacare in 2010, “we have to pass the bill so that you can find out what is in it.”

Cillizza goes beyond the usual “quote Pelosi out of context without explanation” and actively distorts what she says. It’s entirely clear from the full quote that Pelosi isn’t saying that she and her colleagues don’t understand what the bill will do. She’s saying the public doesn’t understand what the bill will do, because it’s been misinformed by Republican propaganda and the abjectly incompetent work of reporters like, to pick a random example, Chris Cillizza.

The effect of this lie about Pelosi is to advance the Republican propaganda line that the process that Republicans are using to repeal the ACA is basically the same as the year-long, fully transparent, bipartisan process Democrats used to pass it. This is an inversion of the truth that happens to be politically useful to the GOP, Cillizza’s trademark.

What’s so instructive about Cillizza failing upward is that he not only spent the most election that gave us Donald Trump and very possibly tens of millions of people without health insurance wanking on about a trivial nanoscandal involving email server management and a complete non-scandal involving a charity that turned out to be remarkably free of corruption, he routinely failed to even get the stories right. But, hey, he’ll have excellent health coverage either way, so if you die or are bankrupted because McConnell and Ryan take away your health insurance while continually lying about what they’re doing, he owes you a Coke.

Criticize the media on “BUT HER EMAILS?”

And NYT’s Haberman getting testy against Nate:
(Wonkette link, which I no longer read but does a good job framing it.)

How DARE Nate Silver suggest the New York Times's coverage of Hillary's emails was anything but PERFECT?

“Stop posting racist things I said and making me look like a crazy racist.”

“Anxiety over identity.” I think there’s another word for that … what could it be?

Yeah, if only we had a short word for it. 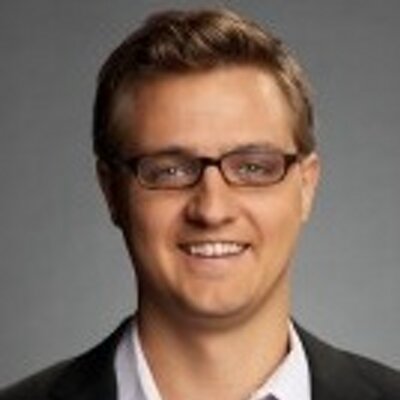 Needless to say, Cillizza is far from the only person to find an angle to make this about Hillary Clinton. There are lessons to be learned here!

R.I.P. the Sacred Longstanding Principle that losing presidential candidates vanish forever from public life (11/9/16 – 10/10/17). (Susan Hennessy observes that it would be nice to have what Hillary Clinton is never allowed to speak about and what Hillary Clinton is required to comment on immediately specified in advance. The answer, of course, is whether the underlying issue makes the media look bad.)

Is the fact that Clinton is still allegedly acting badly despite releasing the statement Cillizza demanded never any right way for Clinton to meet the ad hoc tests created for her by this kind of pundit. If she had released a statement 15 minutes after the first story broke, she would be making it about herself, or revealing her guilt, or something else.

An admitted sexual predator was the Republican nominee for president of the United States. Cillizza’s reaction to this at the time was to write dozens of stories about his opponent’s email server management and remarkably non-corrupt charity, helping to pave his way to the White House. Heckuva job!

Edit: Companion entry at LGM. This could also go in any number of threads but works here too. It is stunning how RWM talking points so easily ooze into the MSM narrative. It’s like they find the easiest, laziest talking point and just keep hammering it, over and over.

THE FANTASTIC EFFECTIVENESS OF THE RIGHT WING NOISE MACHINE
http://www.lawyersgunsmoneyblog.com/2017/10/fantastic-effectiveness-right-wing-noise-machine

It’s like they find the easiest, laziest talking point and just keep hammering it, over and over.

Yeah, he is the poster child of beltway stupidity.

Reminder who Hastert is: