Neofly pro-tip: all the save data is kept in an SQLite database, by default in C:\Program Data\NeoFly\common.db , IIRC. If you’re familiar with SQL you can use an SQLite client like DB Browser to tweak things to your personal satisfaction. (I mostly use it to replace my starting plane when I want to play with something different, but it can be fun to poke around with in general.)

Yeah, I just started playing around with this, because the Longitude in Neofly still has the tiny fuel capacity that it used to have in-sim. It’s also handy for figuring out where the planes are in the marketplace. Haven’t done any “cheating” though.

It still has an atrocious UI

I mean, compared to FSE…

I might have to try Neofly again since y’ll are raving about it so much. I haven’t used it since version 1.3.4 and it had quite a few issues at the time.

It gets updated with truly remarkable frequency.

I mean, compared to FSE…

BTW, you should be able to edit existing aircraft in the database, or add new ones, without manipulating the DB directly. Check out the settings page:

One thing I do wish it had was the automatic plane import that AH2 has; it’ll even import over SimConnect if you’re adding an encrypted plane and it can’t find the cfg. The accuracy in that mode isn’t great, but at least it adds the bulk of the data and then lets you tweak it.

Curious. It’s worked reliably for me (at least, once I figured out the interface for it) but I’d fully believe it’s broken in some ways. At least there’s a somewhat convenient alternative. :)

(The one thing I always do when modifying a stock plane, which might trip some folks up, is I’ll load a plane in the dropdown then mistakenly click the middle “add” button after making changes, which instead of updating the one record, creates a duplicate one with different values. The database schema is insufficiently designed to protect against that causing a lot of confusion if you’re unlucky.)

It’s a pretty poorly designed DB in general, IMO, but I’m a data engineer so I tend to look at that sort of thing a bit harshly. 😆 It gets the job done, mostly.

Curious. It’s worked reliably for me (at least, once I figured out the interface for it) but I’d fully believe it’s broken in some ways.

I don’t know if it was broken. It might lock out changes when you’re in a mission for instance.

It still has an atrocious UI

“Not great, not terrible.”

In seriousness though it’s way better than FSE and, at least in my opinion, OnAir. I feel like the latter will get me lost in about 30 seconds when I try to find something. It’s almost too busy.

This UI isn’t bad. I just don’t know what everything is yet. As an example, I’m about to fly my own purchased cargo to sell elsewhere and I think I’ve lined everything up right. I’ll know in about 30 minutes.

I do not understand how to, “take,” a loan out.

Well I’ve installed it at least. I’m going to have to read the docs because the UI still isn’t very intuitive. I think the biggest issue I had with it when it was in beta was generating nonsensical missions, like unrealistic payloads for light aircraft and impossible departures, that kind of thing.

I love the idea of it though, so definitely going to try it again now. Hopefully the developers of Skypark will remember to write some code at some point…

I updated my PMDG DC-6 and noticed there was no improvement in the FPS department. I hope the devs can figure out why SU5 robbed the DC-6 of the FPS boost other planes experienced such as the glass cockpit heavies.

I read that they did find the DC-6 FPS problem and are working on another update to fix it.

I do not understand how to, “take,” a loan out.

Go to the finances tab. Look at the list of loans, right click on the one you want and select “Execute loan”.

I’m going to have to read the docs because the UI still isn’t very intuitive.

The user guide is pretty good and, unusually for this sort of thing, is fairly regularly updated.

Yep it got me started. I’m doing my first pax flight as we speak. :)

There’s plenty of help on YouTube as well. This guy got me started and I’ve seen 3 of his so far. 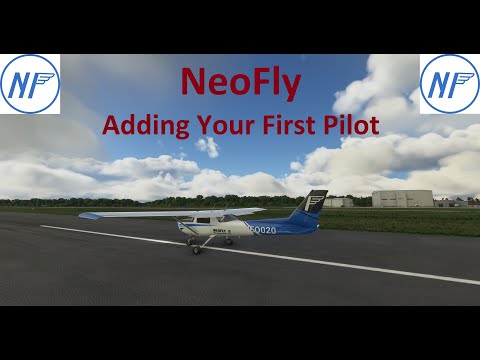 I like the idea of the career management apps, but in the end just find them too fussy and inflexible. Instead, I’ve been enjoying SkyPark. It’s pretty simple – essentially a flight generator with a nice UI and a light gloss of persistence. But it sends me off to a nice variety of destinations, let’s me fly whatever plane I’m in the mood for, and has some cool regional tours. You earn “money” by doing flights, although right now the only thing you spend it on is relocation fees.

Also appreciate how easy it is to bounce back from a crash to desktop and resume your flight, and that it isn’t trying to force any sort of schedule on me.

Not nearly as robust as NeoFly, OnAir, etc. but fits the chill vibe that I am looking for with a civi flight sim.

Yeah it is a very nice program, I just wish it had more features. Quick tip: you can specify both departure and destination if you really want to, albeit for reduced pay. I use that feature when I want to fly a specific route for whatever reason and I think I may as well be earning cash/XP while I’m doing so.

Quick tip: you can specify both departure and destination if you really want to, albeit for reduced pay.

Didn’t realize that. Thanks! Helpful if I want to relocate to an airport that has a route I want to take.

I’m loving this part of the railroad in Russia. There’s so many bends, so much of the railroad going by the rivers, and then attaching itself to a different river, and making sudden turns, going around hills, suddenly switching to a different hill. It feels like if I lose sight of it even for a second I’m going to be lost and lose the rails. 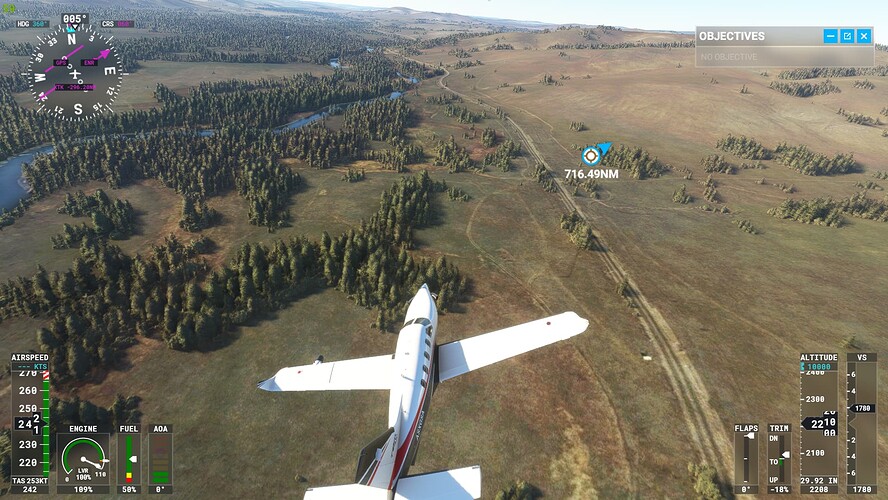 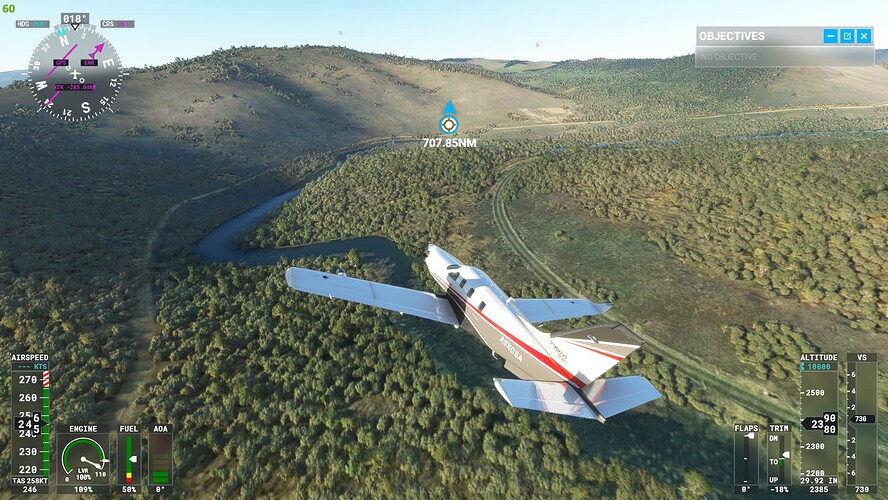 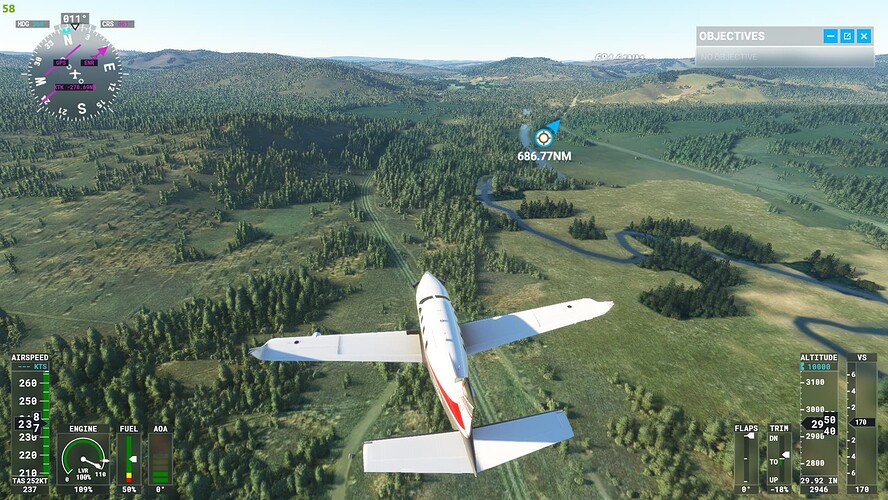 Huh, it never occurred to me to play the game in third person.