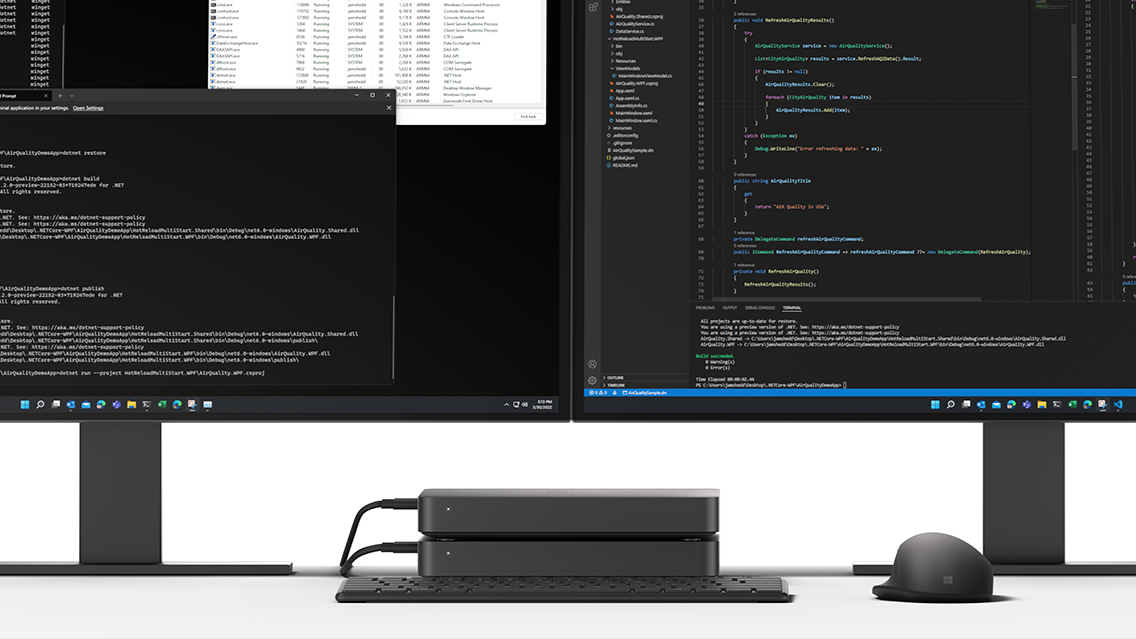 Microsoft's first "desktop" PC arrives in the form of an ARM devkit.

An ARM64 desktop PC built by MS. The first iteration is just a developer kit, but that itself is interesting because the entire set of MS development tools are, or will be, ARM native.

The CPU is from Qualcomm, but there was other interesting news late last year that MS had an exclusive deal with Qualcomm which was the reason why Windows was never officially supported on other ARM hardware. But that deal was set to expire earlier this year.

So Microsoft seem committed to ARM as a first-class Windows platform, and while Qualcomm will probably never make silicon that’s competitive with Intel, other people can.

Not only true, as Adam said, but Qualcomm will do their best to sue the pants off anyone who does. Fuckers.

Not only true, as Adam said, but Qualcomm will do their best to sue the pants off anyone who does. Fuckers.

Not in the PC space. They get to sue competitors in the smartphone SoC space because of all of their radio / modem patents. None of which apply to a PC or laptop SoC which just includes CPU / GPU / NPU.

For $599 this is actually tempting. And even though it’s a “developer kit”, you don’t have to prove you’re a developer to order one, so you could use it as a mini PC. 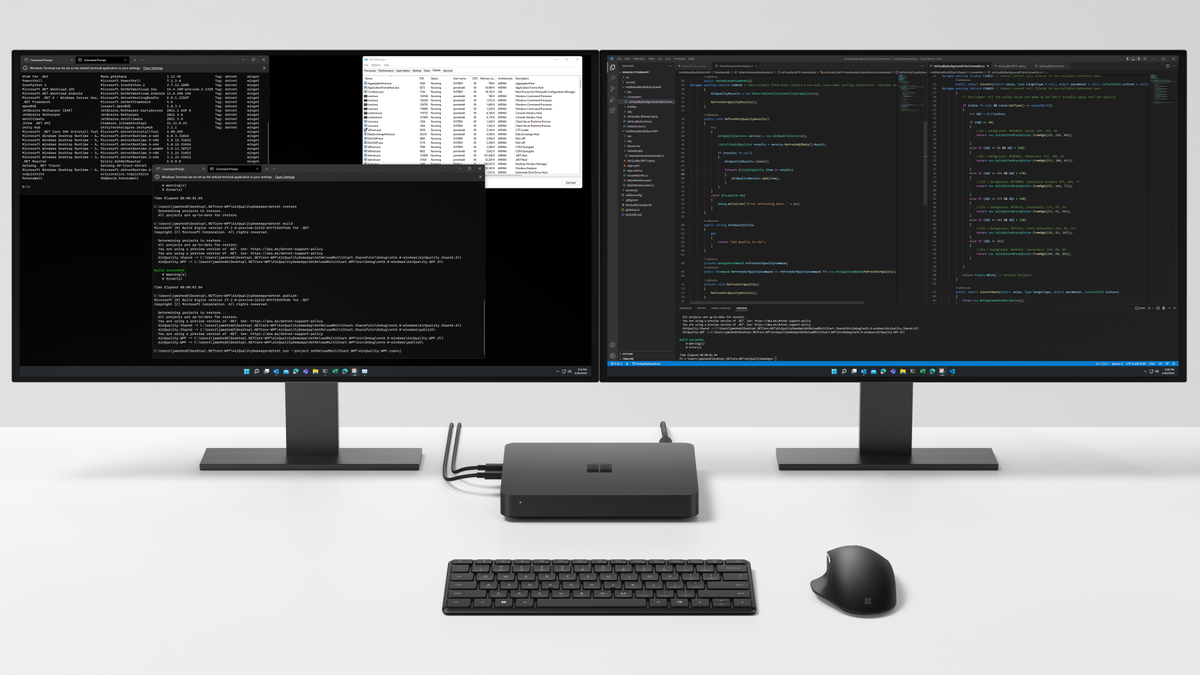 Available to order now in 8 markets for just $599.

Maybe (but I’d read the reviews carefully first). Windows on ARM has not performed well historically, and it’s not easy to know if that’s because of the off-the-shelf Snapdragon parts, mediocre Microsoft integration work on Surface, or something else.

Maybe (but I’d read the reviews carefully first). Windows on ARM has not performed well historically, and it’s not easy to know if that’s because of the off-the-shelf Snapdragon parts, mediocre Microsoft integration work on Surface, or something else.

I totally blame snapdragon. These days people are running windows 11 for ARM on Apple Silicon and getting very good performance out of it.

I totally blame snapdragon. These days people are running windows 11 for ARM on Apple Silicon and getting very good performance out of it.

How the fuck is it possible that Qualcomm – a company that charges monopoly rents on damn near everything and effectively destroyed all their competition for years – can’t get their shit together and build decent processors?

I think you answered your own question. Lack of competition is not exactly conducive to innovation.

There have been rumbles that AMD has an ARM project, but nothing concrete.

If that’s not true, MS should simply pull an Apple and buy an ARM chip maker and start designing its own silicon, because Qualcomm is doing them absolutely no favors.

That SoC benchmarks roughly 50% as fast as an Apple M1. It is half as fast.

Now that probably would be fine for day to day use as the M1 is extremely snappy. So maybe it’s like a mid-range mobile Intel i5 from 2018, no biggie, right? Completely usable, in a vacuum.

Problem is the Windows support for ARM is still garbage, and the Qualcomm chips don’t have the special hardware translation stuff that makes running x86-64 code perform so well on Apple ARM chips.

I think you answered your own question. Lack of competition is not exactly conducive to innovation.

I almost edited my post right after I put it up to make this point. Thanks for making it. Even taking that into account, however, Qualcomm is just a fucking shit show. Hard to imagine how you could do a worse job with the tech advantage they had back in 2003 or so.

(And I’m not just saying that because they killed Eudora… But fuck Qualcomm for that, too)

The Volterra reviews are beginning to appear & they are damning with faint praise:

There's a reason it isn't a Surface PC, but it's good for its intended purpose.

MS has ARM Edge and Office, so it seems like it could make a decent home desktop if you have absolutely no intention of gaming. That’s literally the case use for my parents. I’d probably swap their ancient Haswell PC for something like this. I do like that it’s stuffed with RAM.

Why? It uses as much power as a modern Intel core i5 and the non-ARM apps run like garbage. Do your parents need 32GB RAM?

I bought a refurb thinkpad from Lenovo a couple months back with a 5850U CPU (8c/16t mobile AMD Zen3) and added hardware to bring it to 16GB RAM and a 1TB NVMe SSD. Total cost was under $600. It’s a laptop, so you also get a display, keyboard, trackpad, and a built-in UPS. Oh and all your apps will work fine because it’s x86.

Not a gaming laptop obviously, nor is it thin and light, but it’ll game better than that thing and it’s a fully usable laptop. Very fast CPU.

This is just like Apple’s ARM dev kit. People were trying to review its performance when the real retail device hadn’t been launched yet.

The real retail device is available for purchase now.

I’d probably advise against buying one.