Your freedom flows under the veil of darkness, but it comes with a risk. Where there is a risk, there is a reward, so it’s your call.

By day you’ll be competing for bank in the Speedhunter Showdown. A series of events that will have you racing and drifting your way to a big payday. When the sun goes down the heat levels rise.

As the night sky settles across Palm City you’ll be wanting to swap out legitimate events for those of a more underground nature.

Tear up the rulebook and the streets to make them your own. You might be building up your bank balance during the day, but at night is when your REP will be on the line. Take the risks and you’ll own the night.

Cops (cops, cops!) patrol Palm City with various levels of aggression, with their behaviour altering based on the time of day. During the day the Palm City PD will have a more casual presence. They’ll still be there as an ever present threat, but leave them alone and they’ll return the favour.

Once the city descends into darkness, the rulebook changes and you’re not the only ones breaking the rules. As the sun goes down, a rogue task force comes out to play. This task force, led by the ever so charming Lt. Mercer, will need no excuse to hunt you, and your car down. You’ll be meeting more of Mercer and his squad as you play through NFS Heat.

Push your car, and your nerves to the limit as you risk it all. Make one wrong move and your night is over. This is survival of the fastest, hold your nerve and don’t slow down.

The choice between day and night is entirely your call. Had enough of the day? Then simply head to your garage and you’ll be given the option to leave within the veil of darkness. From there you can make your own rules. Play by your rulebook, take chances and take home the prize.

It wouldn’t be NFS without customisation and you’ll be taking your car to new levels of personalization. We’ll be giving more details on this at gamescom next week, so no spoilers just yet.

What we can confirm is that customisation options are earned through the completion of in-game events. For example, you spot a street race on your map and notice it has a new performance part up for grabs. Win the race, win the part. Speed cards from NFS Payback are gone.

Fancy some gameplay? Be sure to keep an eye on the gamescom: Opening Night Live where you’ll get your first look of NFS Heat in action, including cops, day and night events, the garage, customization and our brand new handling model.

Apparently, it is a game with lots of rules.

I just want to know how awesome the movie bits will be. Will they be regular awesome, or super awesome?

I’m just impressed they gave it a unique name. Thank god they didn’t name it Need For Speed Underground or something. Or Need for Speed Most Wanted again.

I like the title without the colon, but not sure how to get the speed heat.

The original Most Wanted is still my favorite. Great car chases, and that perfect chefs kiss of cheesy videos.

They should’ve called this Need for Speed Heet.

I like the title without the colon, but not sure how to get the speed heat.

I don’t know, but the last time I got the speed heat I hated having a colon as well.

They could have gone a totally different direction with Need for Speed Eat.

Gotta appeal to the youngins!

Bonus, there is approximately a 0% chance that anyone who has ever unironically used yeet has seen this movie

I misread this thread title as “NFS Hat” in my sleep-deprived state last night after playing Rebel Galaxy Outlaw.

I feel like this game is being sent out to die.

Just like all the other recent NfS games. I don’t think any of them had considerable buzz going for them.

Maybe they’re big in Europe and are getting the marketing push over there? It is perplexing.

So the release of this game was this week. It came and went. Does anyone have EA Access and gave the trial a go? 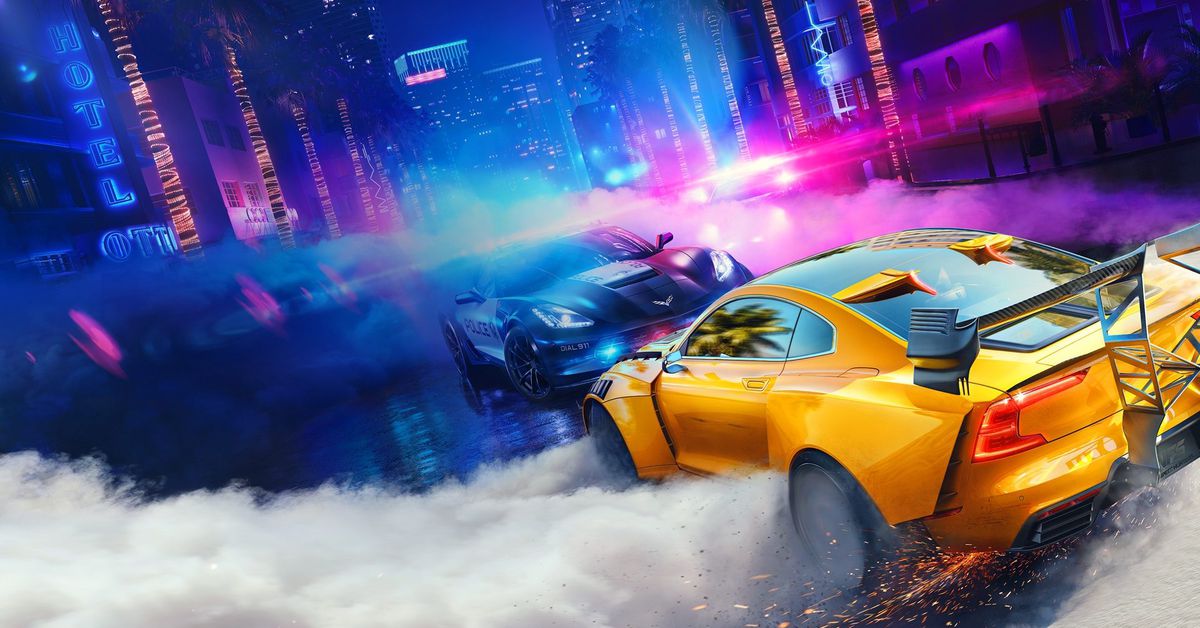 Need for Speed Heat has no microtransactions — and that might be a bad thing?

Does EA have confidence in a flagship brand?

The next game will be made by Criterion.

EA will move Need for Speed development back to Criterion

But it sounds like a semantics thing anyway. Ghost Games UK used to operator out of Criterion’s UK offices anyway, and now they’re going to be shifting them from Ghost Games to Criterion?

Yeah, that sounds good but we’ll see if it means anything. I haven’t enjoyed an NFS since Rivals, personally.

Sounds more like a UK employment law move. If they technically shutter the studio, they can make people redundant (that’s what being put “at risk” as the article says means).