Night in the Woods

It’s definitely in my top three for the year. I’m replaying it again, slowly, to get some of the story that you can’t see in a single playthrough.

“Director’s cut” update released, so if you’ve been waiting, time to get in and play this gem.

For a game about a dying working-class town with something of a fuckup for a main character, this is super charming. I haven’t got too far in yet (about three hours, which is longer than I thought it would be), but I like what I’ve seen so far. I suppose it’s vulnerable to the criticism that it isn’t much of a game in the traditional sense. Most of it seems to be deciding who you want to hang out with, and I’m not sure how much your dialogue choices matter, but the writing’s good (and often funny) so maybe that’s okay. I’m well aware that Gregg rulz ok?, but I’ve found myself spending more time with the gothy alligator Bea since her life contrasts the main character’s a bit better.

If you’re from a smaller town, it does a stellar job of capturing that feeling of returning home from college and hanging out with your old friends who never left, and how much more mature some of them seem in comparison to your own prolonged adolescence, but also of them having an inner sadness (or bitterness) at having stayed. I hope it can keep it up until the end game.

Yeah I hung out with Bea most the first time through too. Gregg rulz ok, but I’m also 41 and Bea is more my speed.

Sooo…did anyone actually finish this thing? It’s mostly some kind of parable about being an adult, except in the third act…(big reveal)

There is a secret town cult feeding undesirables to a ‘cosmetic horror’ in a defunct mine for a blessing in continued town prosperity.

I did finish it. I feel that the main story was the weakest part, while the slice of life segments were strongest.

Sooo…did anyone actually finish this thing?

Played about an hour, didn’t see the point and certainly felt no compunction to continue. It probably didn’t help that I played it right after Oxenfree, which I thought was amazing. I was looking for another narrative game of that caliber. Turns out there isn’t one, as far as I can tell, which isn’t really Night in the Woods’ fault.

I liked the story in NitW more than the one in Oxenfree (although both are good in their own way), but I didn’t actually play NitW. I watched my girlfriend play a demo of it at the Seattle EMP Museum (as it used to be called) in, oh, 2015 I guess, and I could tell it was gonna be a platformer-walking-simulator, but I was interested enough to watch a playthrough of it, which confirmed that I enjoyed it as a kind of cartoon that could be fast forwarded if necessary but would not be enjoyable to me at all as a “game”.

As far as the, uh, “cosmetic” horror goes, I thought it was a fairly on the nose metaphor for the common feeling among The Youth of Today that their parents’ (and, I guess, grandparents’) generation has been willing to sacrifice them to the Eldritch God of Capitalism in return for a now-dubious hope at prosperity.

I didn’t actually play through Oxenfree more than once, though. I gather that some things change on repeated playthroughs? Wasn’t enough of an incentive to go back, for me, although if it’s Nier:Automata-level changes and reveals I might have to rethink that.

Hated the game. Poorly written waste of time, featuring that all too common elitism found about everywhere in the online world. It’s so bad I could only discuss how dumb I thought it was in P&R. Ew!

I loved it, and greatly preferred it to Oxenfree–but I feel that may have suffered greatly for me by having played it immediately after NitW.

I don’t know what you mean by this.

I loved it, and greatly preferred it to Oxenfree–but I feel that may have suffered greatly for me by having played it immediately after NitW.

I can totally see how that would work (exactly flipped from my own experience), since they seem to be from opposite sides of the narrative games universe.

I like both Oxenfree and Night in the Woods, but prefer Night in the Woods. Ultimately, I felt a much stronger connection to its narrative and characters. It’s my favorite ‘walking sim,’ although A Short Hike might challenge for that title soon enough.

My reading of the Cosmic horror aspects is the same as @Kolbex’s and, as stated, accurately reflects how millennials feel betrayed by previous generations, especially following the late ‘00s recession which destroyed many a small town like the one depicted in Night in the Woods. That said, it was a bit unnecessary and I really wish video game developers would read someone other than Lovecraft once in a while, or just some non-genre fiction in general.

Typo aside, it was sort of jarring in a sense that it comes right out of the blue right near the end of the game. Perhaps a second play-through would reveal how it inserts itself more throughout the game…not as a metaphor but the actual thing? I don’t really have any intentions to replay it though even though there is some value in doing so. (you can hang out with different friends…)

Truth be told I actually played Oxenfree and Kentucky Route Zero before this, and would probably recommend those over Night in the Woods, mostly because I found the daily routine structure in this game to be a bit of a drag. But if you really liked Night in the Woods you should probably play Kentucky Route Zero which has some very similar themes. (rust belt, capitalism, alcoholism)

I finished it. Thought the end game reveal was well enough telegraphed, but that may depend on how much time you spent poking around and talking to folks. Which I did a lot of.

Being from a small town, I found playing it a bit uncomfortable… Took me a while to play through as a result.

I’ve played a bit of KRZ, but it’s another one I think I’d like better as a video than a game. Haven’t gotten around to it yet.

Never thought of it that way, but indeed they share themes. I really enjoyed KRZ though, probably because of its humility, and because it chose not to represent the world as light and dark horrific and sarcastic, but as shades of gray going from absurdity to eerieness.

KRZ is a lot better and more interesting with it’s narrative and I generally prefer a ‘journey story’ versus a ‘coming of age’ story. Also at the end of the day Mae is still a pretty hateable idiot-woman-child. 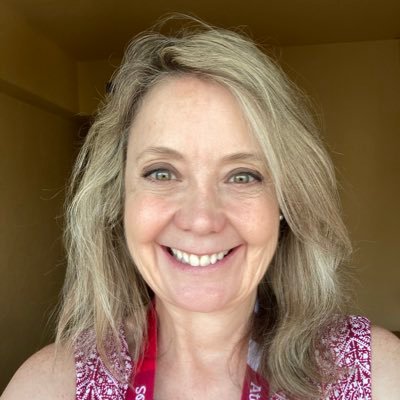