I think V was my favorite Ultima, I remember saving up to buy it, played for several months on my trusty C64. I think my copy is still at my mom’s place somewhere.

I bought Ultima 6 for my Commodore 64 back in the day when it first came out. It was one of my most vivid experiences in buyer’s remorse in purchasing games. Origin didn’t feel it was necessary to create floppy disk quick loader routines for this lazy C64 port so if you went up or down a ladder or a single flight of stairs in a multi-level dungeon, it took 2-3 minutes. Imagine taking 2-3 minutes to go up or down a 10’ ladder when you’re young and vibrant and feel you could caper up/down those steps in a single hop? The game made me feel old - very old - before my time so I ragequit.

When I bought a PS3 off eBay a few years ago for $30, I took no chances and hacked it so I could transfer all my games to a 200 GB HDD I installed to prevent the optical drive from shitting the bed. Did the same for my original Xbox.

Congrats! I played Ultima V at launch (it was the last Ultima that wasn’t ludicrous on a C64) but didn’t finally beat it until maybe 5 years ago, I think. (If you tweet a screenshot to Garriott and ‘report your feat’ he’ll still congratulate you, FWIW.)

I wish I could like Nox Archaist, but god, the color fringing. And god, the extremely long delay between pressing a key and the action taking place. (Do you get that delay?) Neither of those things are authentic to what games were actually like back then.

Yes, there was color fringing, but games were designed to minimize it/take advantage of it. Not flagrantly “show it off.” It was an embarrassment, not a plus.

(And if it was bad enough, you could just use a monochrome monitor and have no fringing at all.)

The keystrokes are a little laggy, yeah. As for color fringing, that’s what I always thought Apple ][ games looked like (being a smug C64 user), but yeah, it seems like they leaned into it a little bit much.

Overall I’m enjoying what tiny bit of it I’ve played, though. I like the 150-ish page manual too!

Nice. I’ve got that on my wishlist. Anything that is evocative of that era of Ultima appeals to me.

Speaking of which, there’s Fit For A King. Don’t go to it for a true RPG experience, but if you like the idea of exploring the possibility space created by the Ultima alphabet-soup of verbs (which I definitely do), it’s a raucous good time. It’s what happens if you build your Ultima world deep instead of wide and throw in a dash of that Grand Theft Auto open-world do-whatever spirit. I wish it had gotten more attention, because it’s very clever.

The CRPG Addict has done a good job of putting some of those SSI RPGs – particularly Wizard’s Crown and Demon’s Winter/Shard of Spring – in context as essentially steps on the way to the Gold Box combat engine.

My brother played Wizard’s Crown when it came out. For my tastes, it seems to veer further into the ‘strategy’ (versus ‘rpg’) lane than really appeals to me, and I have to admit that the ass-ugly graphics don’t help. The thing about the Ultimas is that they looked good. They still look good, in my opinion. Add to that the feelies, the larger amount of effort put into lore, etc… it added up to something pretty special.

I may get around to Wizard’s Crown, but there are quite a few old CRPGs that are ahead of it in my queue.

Wizard’s Crown was very, very much foundational for the tactical combat in the Gold Box games. I never played Shard of Spring or Questron as they never were converted to ST, but I did play their sequels: Demon’s Winter and Questron II. I especially liked Questron II.

My favorite SSI RPGs though are the Phantasie trilogy and Rings of Zilfin whose designer, Ali Atabek, became better known for The Magic Candle. I strongly recommend their ST versions!

I played Zilfin at the time. Atabek is great, and Magic Candle is a classic!

Huh. I pretty much have a reason never to leave the house again. 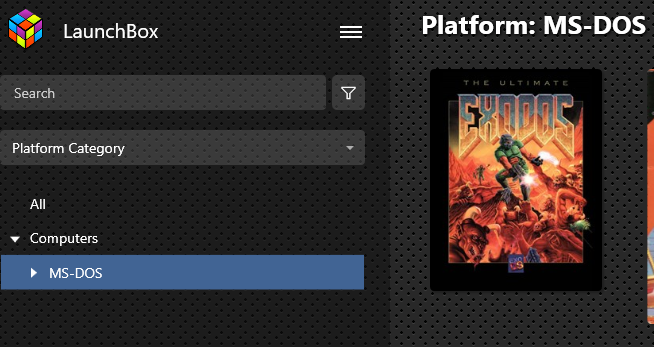 I just looked it up. Seems… less than legal, but one of those things that seems inevitable.

Oh it’s absolutely illegal in most countries, but it’s more for people that enjoy collecting than those who enjoy playing.

All the games are archival quality, not the warez distos and rips that some of the retro publishers are selling.

All docs are clean scans from originals.

The DOSBox setups are individualized, unlike GOGs generic templates.

What is this wonderful thing?

It’s called “ExoDOS” and it’s available in… well, the usual places. It’s 7K of archival-quality DOS game images, scans, and docs, maintained and set up through a utility called Launchbox. Everything is clean and from original CDs/Disks and manuals. No crappy rips or warez distros.

I mean, for example, the scans of the key presses for F-15 III (1992). Clean. No wrinkles or stains. Those are scans from originals.

There’s two version: a 52GB version that’s metadata only for Launchbox. The games, docs, and box shots themselves are downloaded on demand through Launchbox when first launched. And then the software is smoothly installed with ECE DOSBox ready to go.

The half-a-TB version is everything, all at once – including… magazine scans. Go through them and find the ones that I wrote for CGW, LOL.

Yes, yes, it’s all “abandonware” (and, to be perfectly frank: not so “abandonware”. All the DOS Dooms and Quakes are in there, for example. This doesn’t bother me, because I’ve both bought and warezed Doom and Quake more than once!) but YMMV.

Lovely, must give this a look see.

Oh, did I mention that I’m rocking to the best 90s soundtrack ever, the one from Renegade: the Battle of Jacob’s Star? Redbook music from the game CDs is often included with the game distro in LaunchBox :)

One of the instances where the soundtrack is way, way better than the game it comes from.

That, sir, is absolutely correct.

Some goodies I have installed. I’m such a dirty pirate. 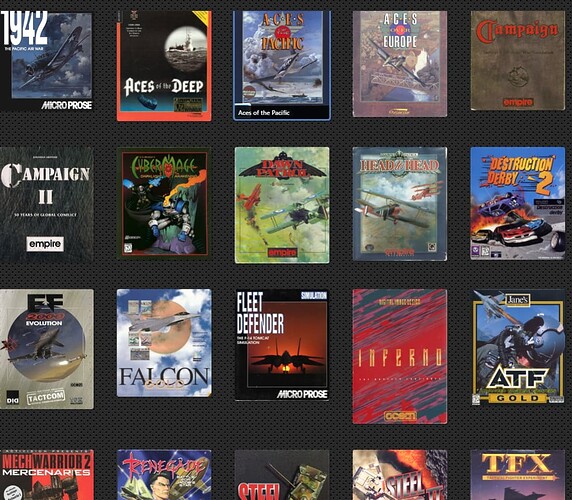