On Monday, Wario64 posted that you could order a Sega Astro City Mini from Amazon Japan for about $100 shipped. These had a US release but were sold out in seconds. I was like, “Will that really work? They won’t just send it to America right?”

Turns out they will, in three days time… 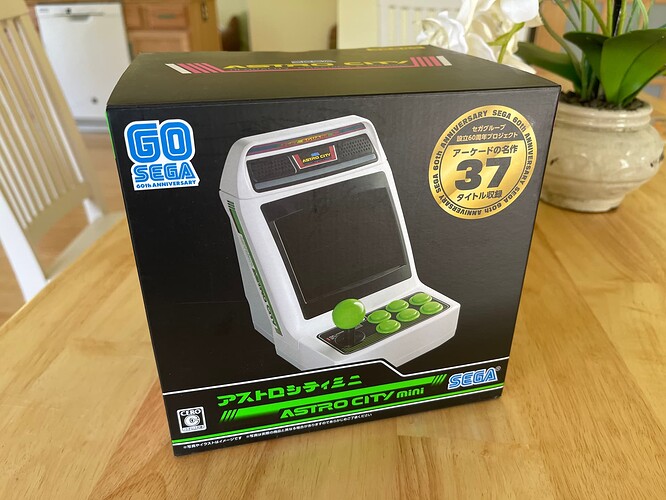 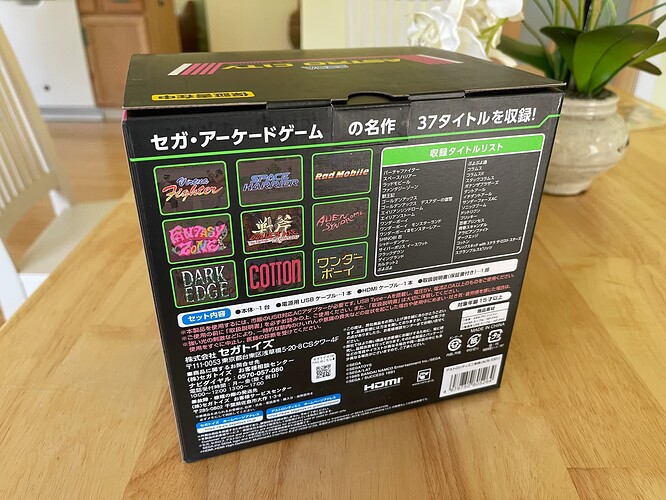 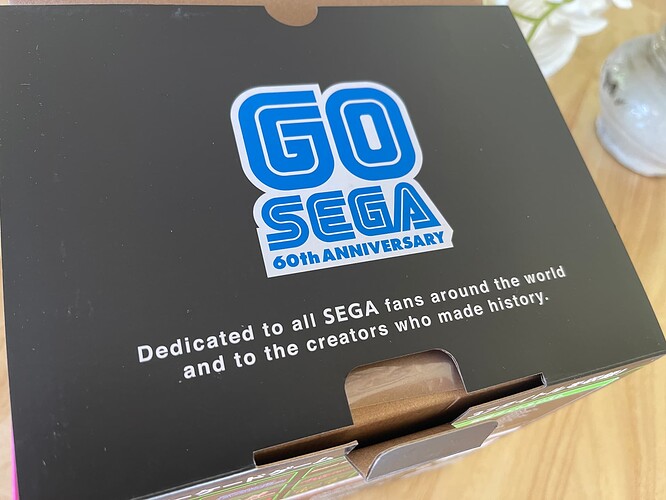 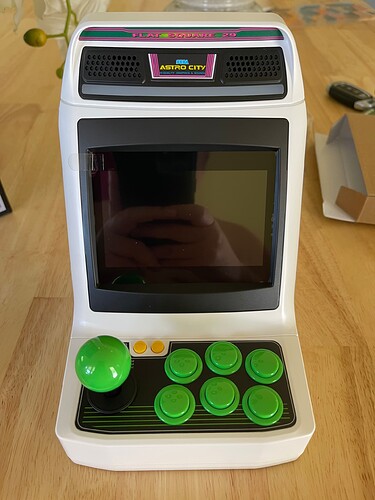 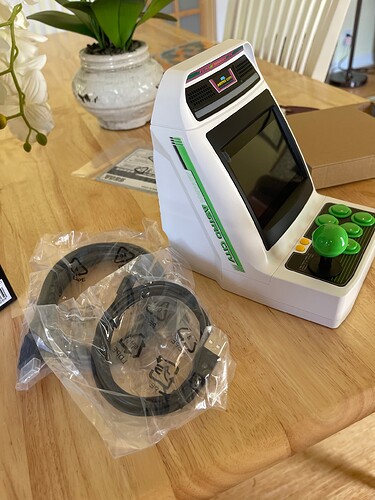 I ordered Monday. DHL said Friday. They actually had it on a truck on Thursday! The guy couldn’t make it so it arrived Friday. I was and still am floored.

It’s a gorgeous little device. I have stuff going on today but plan to fire it up tonight. One of the games, Golden Axe: Revenge of Death Adder, is not available anywhere else.

Amazon Japan. If you want imports and don’t mind the shipping fee (It was like $15 to ship I think?) then it is excellent.

That’s pretty cool, but I’m more interested in the upcoming Egret II Mini with a few dozen Taito arcade classics and a rotating display. Hopefully importing one of those ends up being viable, because it’s not planned for an international release and the game list is just absurd if you like Taito games.

If they don’t have that on Amazon Japan at release then you will likely be able to order from Play-Asia. I use them for imports as well. 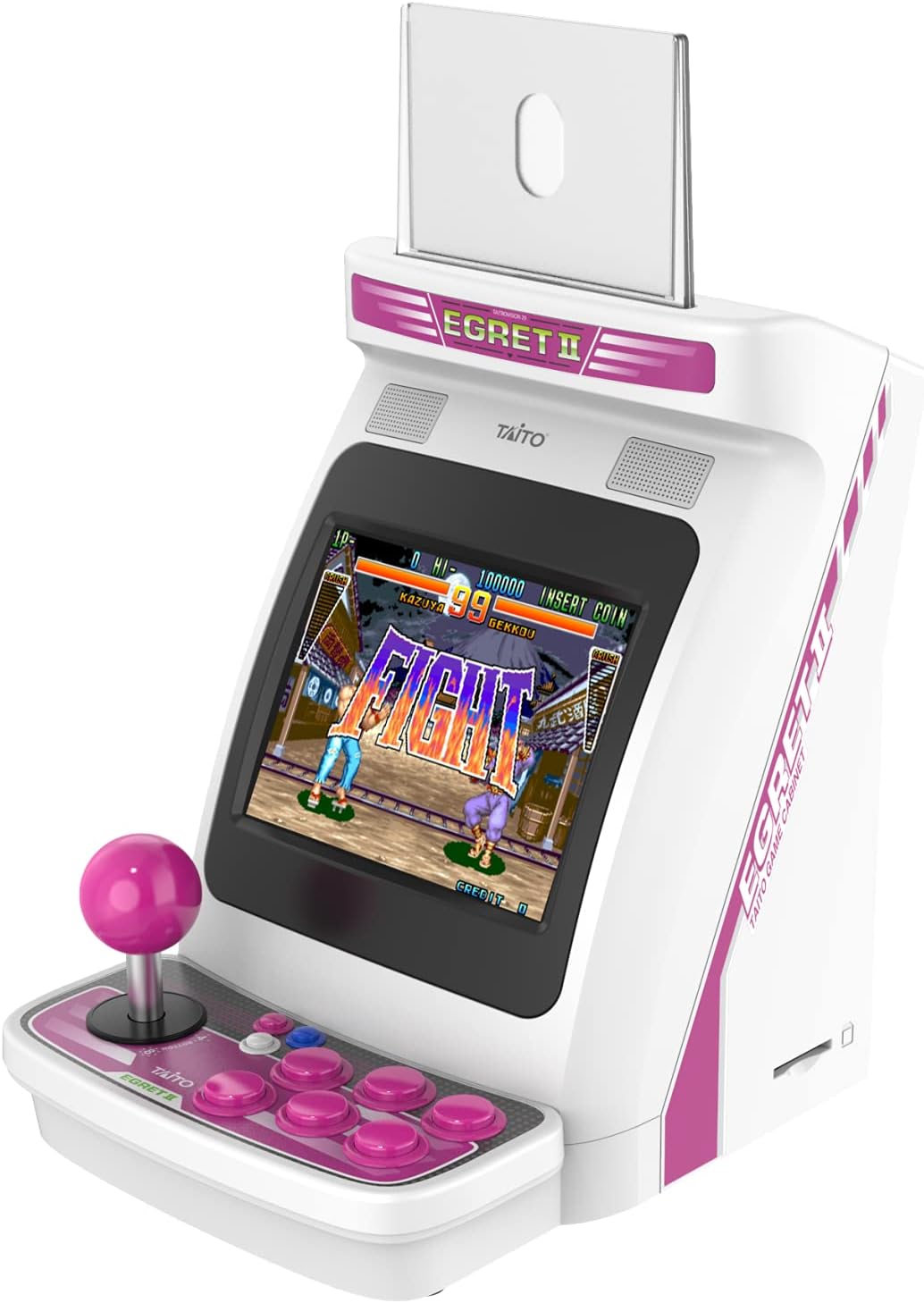 The issue was the absurd shipping price, which still seems to be an issue for the bundle kits - the version that includes the trackball & paddle add-on wants something like $250 for shipping.

The joystick is supposed to be pretty good on those? Curious how playable it actually is.

I’m sending the wife and Kid to Japan for 14 days in June. I can’t make it for reasons it but I’m funding it and expect gifts for my troubles.

You all get your list ready…so that I can copy it. :)

It’s been twenty years since the launch of Gamecube. I got mine day one. My kids probably played the GCN the most of any system we’ve ever owned. Hard to gauge. Wii is close I’m sure. Anyway, this is a great brand new article about its launch with lots of interviews and quotes from the people involved. 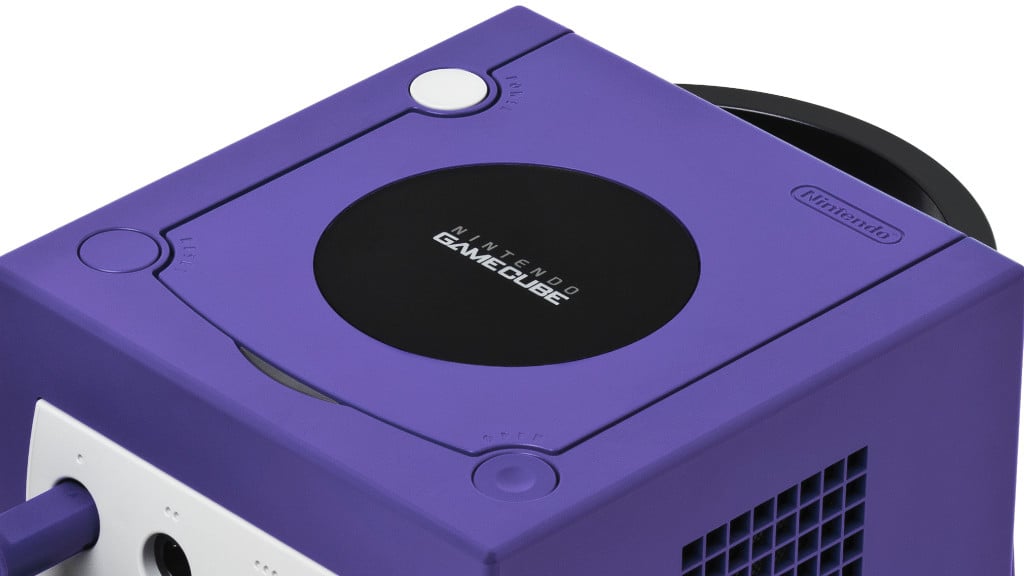 GameCube at 20: Nintendo insiders on the failed console that changed the...

The Video Game History Foundation is doing a donation drive today to help them preserve more stuff. Given they archive things like Computer Games Strategy Plus/CGM that some of us here appeared in among other great print mags from the past, I thought it might be cool to post a link. 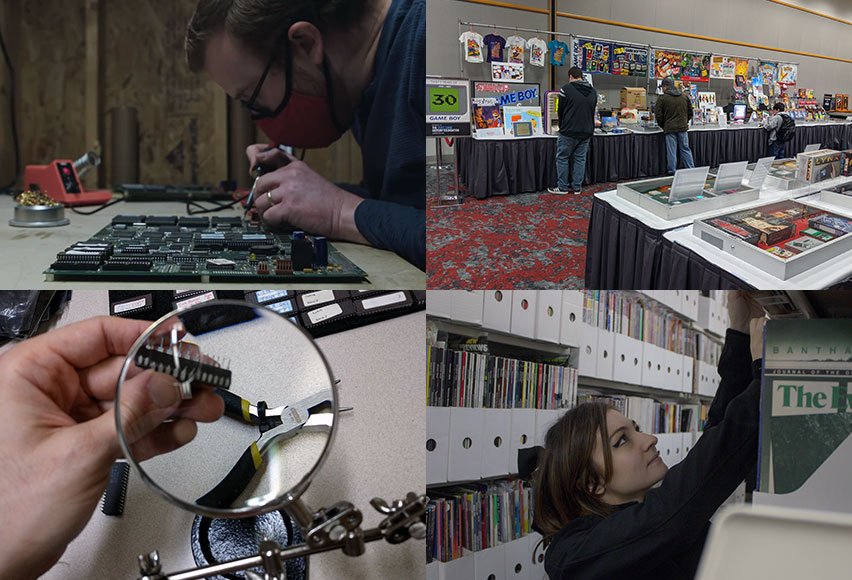 Support our winter fundraiser and help us create a better future for video gaming's past!

Frank Cifaldi and the people there do a great job finding and archiving all sorts of cool stuff from our gaming past. @tomchick @Brooski @TheWombat … and many more, your past is included!

@frankcifaldi
We believe that preserving vintage video game magazines is just about the most important thing we could be doing to further the study of video game history. Our physical library contains full runs of just about every one of them, and we're helping get scans online too. https://t.co/6WAdo12Ceu 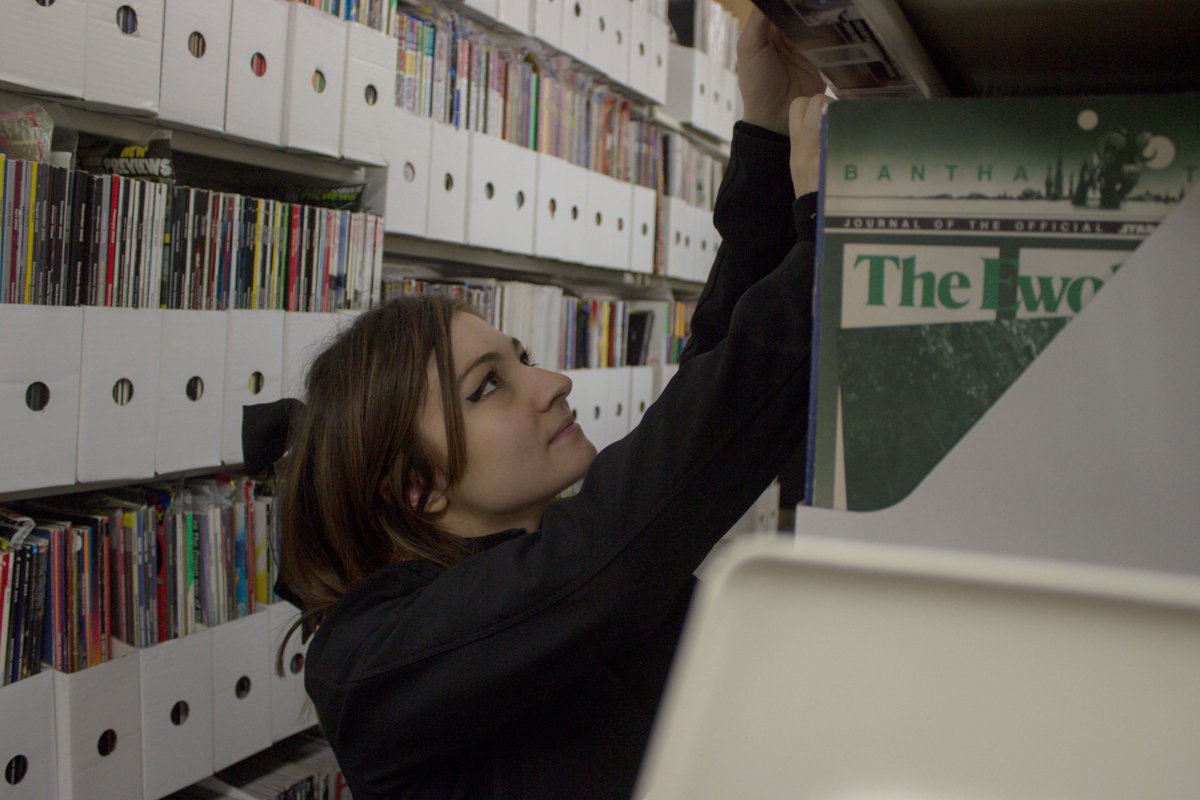 Cool place! How do you actually access stuff? Is it all hard-copy/physical?

I think they have everything hard copy and physical. The intention is to scan everything and eventually make it available to everyone I believe. So while we don’t have the ability to access it now, they are preserving TONS of history.

If you click the Twitter link, Frank talks about how they went out to Game Informer and captured everything they had which included lots of Gold burns, and pre-release stuff as well as marketing materials, etc. They are very thorough.

The cutest console ever made.

Would love to see ports of Eternal Darkness, Paper Mario, Fire Emblem for the Switch.

Last Nintendo home console I owned, but I got every handheld console they made (including Switch Lite)…

Coin-Op Classic 2021 is going on this weekend. Lots of folks attempting and hopefully completing 1CCs of various arcade games. Twitch link is top right on this schedule page.

The dude playing right now (5PM Eastern on Friday) is really difficult to listen to (sorry, man) but there are some regular streamers in there that do this all the time like LordBBH, Aquas and Dumplechan. Something to put on if you want to see how good you should’ve been back in the day to complete various arcade games.

3:10pm EST on Sunday there’s a co-op 1CC of Metal Slug. That should be entertaining! 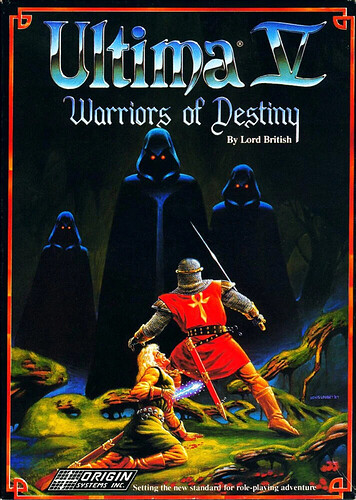 Even being mostly ignorant of how software was made, it seemed impossible that that whole game could exist on a couple floppies and 128k of RAM. At the time I marveled that the game had a full day night cycle, monthly moon cycles, and daily schedules for every NPC in the dozen-plus towns and castles around the map.

So many aspects of the game resonate with me today: The incredible cloth map with a remarkable fidelity to the actual game world. The famous Ultima system of virtues that tied into the world’s geography, the character stats, and the game’s story about what happens when you turn the pursuit of virtue into harsh legalisms.

I had a few good runs back on my Apple II, but once I had to navigate the dungeons and some of their more impossible puzzle rooms, I would quit in frustration. (Several times I think I saved the game in an impossible-to-escape situation–there was only one save state.)

Incredibly randomly about a week ago I fired up Ultima 5. The DOS version off of GOG. Instead of a legal pad, I took notes on a Notion page, building a checklist of people I need to talk to or items I needed to secure. I did use some walkthroughs. Since my favorite part of Ultima has always been following all the conversation threads from one town to the next–to find out, say, what the mantra of Compassion is, or where to get a grappling hook for climbing mountains, or who knows the password the the loyal Resistance–I did all that legwork without a lot of recourse to the walkthrough. When I came to those pesky dungeons… Who has time to hand-chart those things, especially when they’re designed to confound mapping? I had a lot of help there from the walkthroughs.

Thanks to a LOT of that help in the final stretch, tonight I won Ultima 5: Warriors of Destiny, 34 years later. 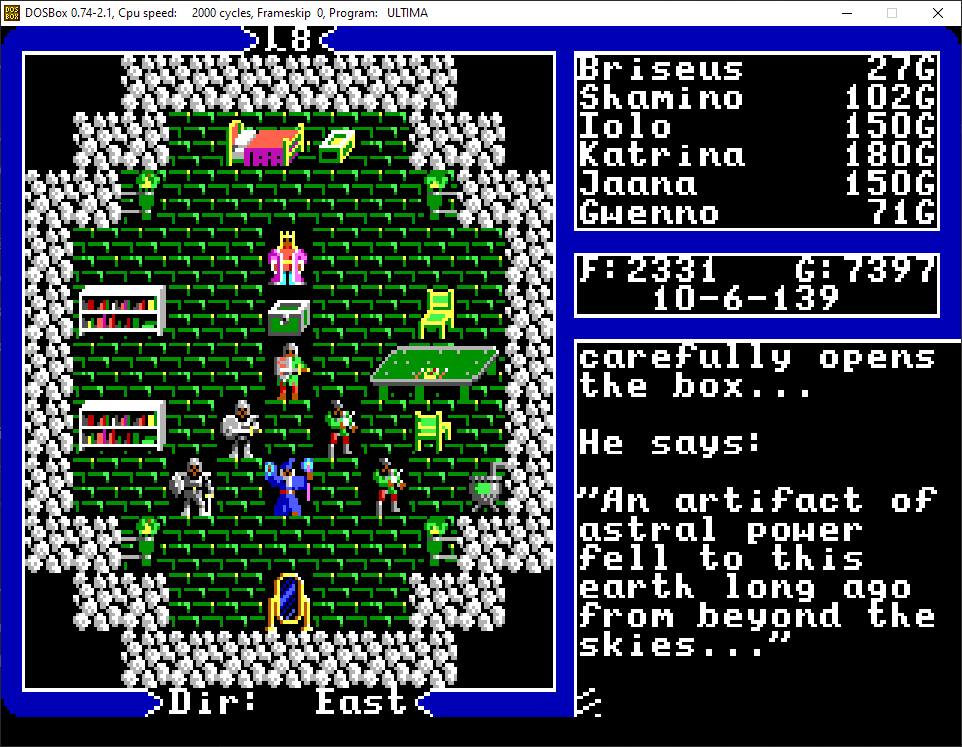 I think V was my favorite Ultima, I remember saving up to buy it, played for several months on my trusty C64. I think my copy is still at my mom’s place somewhere.

I bought Ultima 6 for my Commodore 64 back in the day when it first came out. It was one of my most vivid experiences in buyer’s remorse in purchasing games. Origin didn’t feel it was necessary to create floppy disk quick loader routines for this lazy C64 port so if you went up or down a ladder or a single flight of stairs in a multi-level dungeon, it took 2-3 minutes. Imagine taking 2-3 minutes to go up or down a 10’ ladder when you’re young and vibrant and feel you could caper up/down those steps in a single hop? The game made me feel old - very old - before my time so I ragequit.

When I bought a PS3 off eBay a few years ago for $30, I took no chances and hacked it so I could transfer all my games to a 200 GB HDD I installed to prevent the optical drive from shitting the bed. Did the same for my original Xbox.

Congrats! I played Ultima V at launch (it was the last Ultima that wasn’t ludicrous on a C64) but didn’t finally beat it until maybe 5 years ago, I think. (If you tweet a screenshot to Garriott and ‘report your feat’ he’ll still congratulate you, FWIW.)

I wish I could like Nox Archaist, but god, the color fringing. And god, the extremely long delay between pressing a key and the action taking place. (Do you get that delay?) Neither of those things are authentic to what games were actually like back then.

Yes, there was color fringing, but games were designed to minimize it/take advantage of it. Not flagrantly “show it off.” It was an embarrassment, not a plus.

(And if it was bad enough, you could just use a monochrome monitor and have no fringing at all.)

The keystrokes are a little laggy, yeah. As for color fringing, that’s what I always thought Apple ][ games looked like (being a smug C64 user), but yeah, it seems like they leaned into it a little bit much.

Overall I’m enjoying what tiny bit of it I’ve played, though. I like the 150-ish page manual too!

Nice. I’ve got that on my wishlist. Anything that is evocative of that era of Ultima appeals to me.

Speaking of which, there’s Fit For A King. Don’t go to it for a true RPG experience, but if you like the idea of exploring the possibility space created by the Ultima alphabet-soup of verbs (which I definitely do), it’s a raucous good time. It’s what happens if you build your Ultima world deep instead of wide and throw in a dash of that Grand Theft Auto open-world do-whatever spirit. I wish it had gotten more attention, because it’s very clever.