"Not For Broadcast" looks like fun. But is it even a "game"?

This got released recently, but only the first 3 parts out of supposedly 10 total. Normally, this would require a wait from me, but so far, most of the reviews are very positive, and watching this video got me very tempted. I guess there’s about 3 hours of gameplay so far. 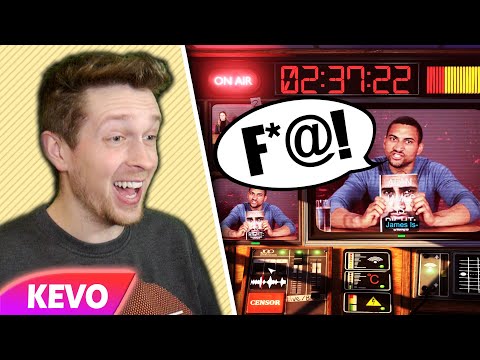 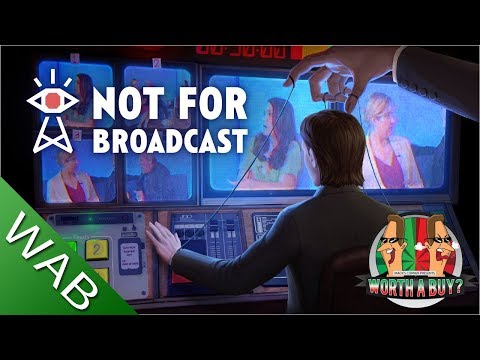 Just Updated It’s time for the National Nightly News. A nation tunes in, and you get

On my wishlist, but waiting for it to come out of EA

I’ve never played Papers, Please but I’ve heard this described as a similar game but with full motion video and real-time decision making. You’re in charge of the controls of a TV station in an alt-history 1980s-ish UK where the populist “Advance” party has just won a big election victory. Some of their methods seem ever more questionable and I gather you’re faced with ethical dilemmas the longer you play into the story.

I debated whether to just revive the old thread from 11 months ONE YEAR and 11 months ago. Finally fired this one up last night, played it for about an hour and change. Interesting. I failed in the second mission when the “interference” happened just as I had to remember to change screens. Next time I’ll remember to pick the screen that has a little green light under it.

Anyone else played this since it went to 1.0?

What game are you talking about?

Errr, Not for Broadcast? Should I have put a link to the Steam product page in there? I’m unfamiliar with the etiquette–thought mentioning it in the subject line was enough.

This got released recently, but only the first 3 parts out of supposedly 10 total. Normally, this would require a wait from me, but so far, most of the reviews are very positive, and watching this video got me very tempted. I guess there’s about 3 hours of gameplay so far. https://www.gog.com/game/not_for_broadcast

Errr, Not for Broadcast? Should I have put a link to the Steam product page in there? I’m unfamiliar with the etiquette–thought mentioning it in the subject line was enough.

Honestly I didn’t catch that thread title, I thought the thread was not for broadcast or something. Yeah, my advice when starting a new game thread would be to include information about the game for folks that might not have ever heard of it (such as myself). Skimming the game on steam, I don’t really grok this at all, and I’m not at the point where I understand why I should invest time to learn more about it.

And @lordkosc has linked the original thread, which is actually a good example of what an OP thread for a game (or whatever) should include, at least to my thinking. I’d have just bumped the old thread myself.

Anyone else played this since it went to 1.0?

Yes, I probably played it for a similar amount of time - I thought the video content was better than I was expecting, and quite amusing in places. I like the kind of multitasking you have to do where it concerns the show you’re making, in choosing feeds and the 2-second delay swearing filter, but things like twiddling with the graph shape for whatever reason I was less a fan of. I’m not sure about the choose-your-own-adventure interludes, but I’ll wait and see where it goes with those.

But anyway, I’m feeling quite positive towards it so far, and look forward to playing it more.

Well, Discourse always complains when you do that, so…

Of course threads about this game attract all the forum censors haha.

I’ve played the first 2 missions, or episodes, or whatever. I don’t get the comparisons to Papers Please at all.
In fact, I’d say it’s more along the lines of popular simulator titles these days. This one is more like TV Show Editor Simulator.

My issues:
The content of the episodes just hasn’t interested me at all. I’m a fan of British TV and all, but so far this content is just boring. In one segment you have to interview 3 different people, and all 3 suffer from interruptions and craziness going on around them, almost predictably. In another segment, you interview a group that puts on a play. It wasn’t entertaining in the least.

The real problem is the “extra” content for the game, where you get to go back and watch the episodes you just edited for, makes you re-watch everything over and over. Yes, in 1 part you can listen in on people off-screen, but even that is not interesting.

Maybe it gets better. I’ll probably give it another shot down the road. I believe there is a demo, or the prologue you can grab for free. Try that, or at least watch a You tube of it before buying. That’s my advice.

I loved this game. In fact, I don’t even think it’s technically a game, in the same way I didn’t think Guitar Hero was a game. Instead, they’re both interactive front-ends to help you better appreciate the skit/song. And in the case of Not For Broadcast, the skits are top-notch and they come together into some really fun worldbuilding. Not For Broadcast reminded me of Tim Heidecker and Gregg Turkington’s “On Cinema” podcast, partly because I was discovering the degree of that podcast’s “world-building” as I was playing Not For Broadcast. Fun, crazy, unexpected stuff, all around!

So I’m delighted that a new “skit” has been announced for Not For Broadcast! From the Steam page announcement:

After a long period of shooting, editing, more shooting, more editing, a little bit of programming and the occasional exorcism, we are finally ready to announce the

And it looks Patrick Bannon-centric! George Vere, the actor who plays that character, was easily one of the troupe’s strongest performers. If you played Not For Broadcast, but didn’t dip into the extras where Vere helms an old-timey telethon, you missed out! But now you have until March 23rd to enjoy it and get a taste of what you might be in for when the new Live & Spooky stuff comes out.