Panzers on the Steppe, a wargame with no AI. Literally. (Update: Now with AI.)

Panzers on the Steppe has been released on Steam:

An interesting game which appears to be a digital version of the classic boardgame Russian Campaign Jedlo/Avalon Hill which I played to death back in the seventies. 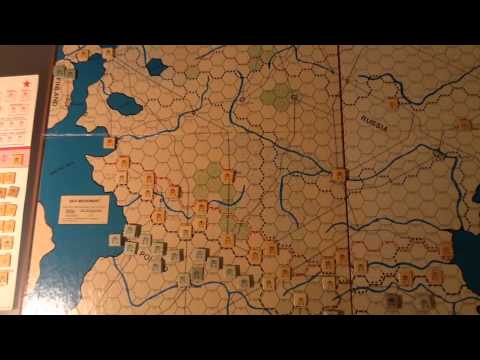 Two big caveats however, no AI and a fifteen percent off price on Steam of $50.00. I bought it before it came to Steam and I like it, but I would be lying if I claimed that I would not like it a lot more with AI and a much cheaper price point. The UI also has a few kinks. Probably for nostalgic grognards only.

Um, hard pass on this. Seems like an answer in search of a question.

I am somewhat surprised that it could be listed on Steam with no AI.

At first I thought it was really cool that a computer wargame’s graphics were designed so that the game looked like you were looking at an actual board game.

Then I saw the price…and no AI…and gave it a ‘nope’.

It seems to be aping a now, what, nearly fifty year old game? With no AI, and a ludicrous price?

The designer sells a Gettysburg game with no AI for $79.00. I can only assume that he thinks that digital games can be sold at boardgame prices. I think he will be greatly disappointed.

That’s what I said!

I think he will be greatly disappointed.

Hahaha yeah, this is Steam not Battlefront.com.

And at least they put up the pretense of building an AI in the game.

I would recommend slashing the price to $5.00 and emphasize the fact that he has a game finder system to play by e-mail.

I would also extend an invitation to anyone who would like to go into partnership to provide an AI for the game. Of course better if the game had been released with AI at a reasonable price point.

Yeah if it was $5 I’d buy it just to try it out. Gonna wishlist it in any case.

Hahaha yeah, this is Steam not Battlefront.com .

Battlefront wouldn’t do this; neither would Matrix.

As a plus, this seems to be one of the very rare games with a MacOS release going back to 10.11 compatibility!

The game now has AI for both sides, and has been temporarily reduced in price to $50.00. I am a big fan of the old Jedko/Avalon Hill Russian Campaign and this is a decent digital version. Probably still for grognards of my vintage only.

Only get on steam. Buying direct gets you a license for one computer only, and they will not budge from that restriction, even if a computer goes belly up. The whole thing has a late eighties vibe to it, and most people, rightly, would not want to put up with these types of quirks from the past.

Wow still no reviews on Steam. Also that one activation thing. Does the dev hate money? If it was $20 I’d buy it because it looks swell, but not $50.

This update is free to existing Steam game purchasers. Just uninstall the game from your Steam library and download a fresh copy