Had anyone seen this? It’s on Netflix, and it’s hilarious.

I don’t know if i can finish watching a whole episode, but the insanity that I’m seeing made me feel obligated to tell folks here.

I’m try to summarize what it is.

Imagine old school kung fu theater movies… But set in a fantasy setting with more magic and stuff, almost Dragonball-esque. Then add tons of nonsensical dialog about i have no idea what. And lots of fake blood spurting.

Oh, and it’s all marionettes, like that old show Thunderbirds.

And the marionettes are pretty poorly operated.

And there’s this guy. 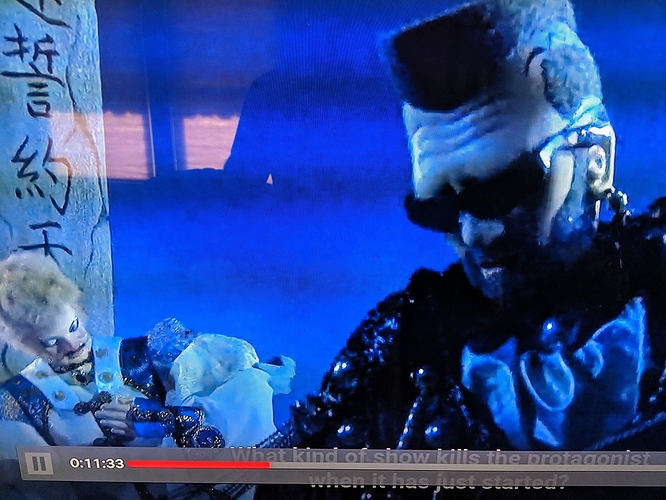 Some kind of weird biker? I dunno.

On some level, i think the show may be intentionally making fun of itself? It’s almost like team America in it’s absurdity. They move around with weird exaggerated movements, and don’t really move their mouths, so the effect is similar to the puppets on Mr. Rogers Neighborhood.

I honestly don’t know what this is.