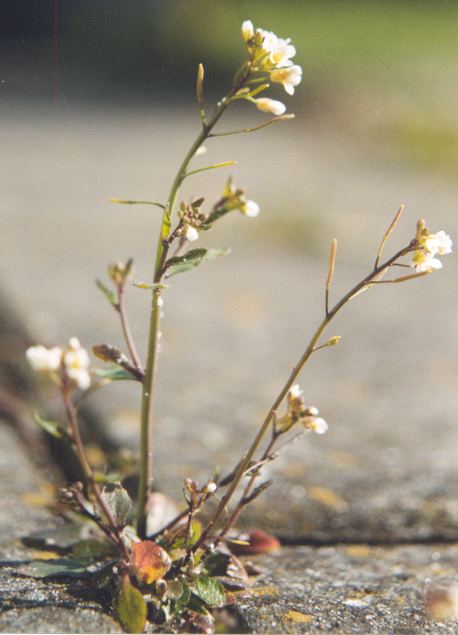 (Phys.org)—A team of researchers affiliated with the Whitehead Institute for Biomedical Research, MIT and the Howard Hughes Medical Institute, all in Massachusetts has found a prion-like protein in Arabidopsis thaliana, a flowering mustard plant. The...

This is an interesting development. Prions are most well known for causing Mad Cow disease, but the disease certainly predates Bovine Spongiform Encephalitis as Scrapies in Goats and Sheep.

When I started lab work and later research the idea of a Prion was in the midst of scientific debate. Thanks to the work of Stanley Prusiner, Leroy Hood, and George Carlson the debate was put to rest and the Prion was a newly understood menace to life. When I first started reading about this stuff back in the 80’s the idea that a non-genetic (no RNA or DNA), transmissible, replicating “substance” was particularly terrifying. As if virii, bacteria, and cancer weren’t enough of wildcard against the proliferation of higher lifeforms we now have to deal with evil-variant proteins too?

A lot has changed since the 80’s and early 90’s, but my view had not really evolved. They still appeared as rogue proteins, but now prions in plants are being linked to plant “memory”. Mustard plants learn to withhold flowering during cold periods that are not the onset of winter. It is interesting to find a form of prion and I can’t help but now wonder how much of a proliferation we will see through the plant and animal kingdom. How much of a factor were prions in the development of life on this planet (if at all)?