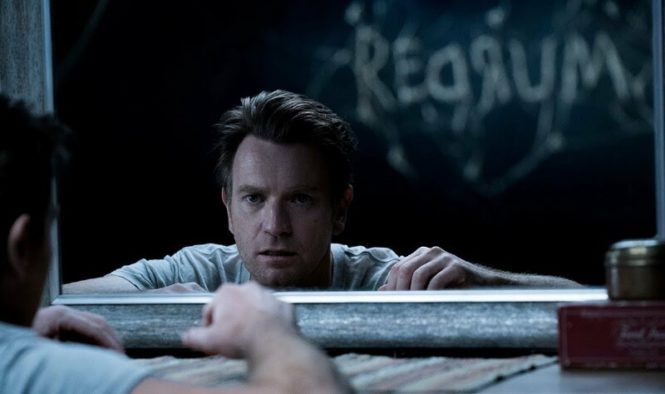 There's a character in this movie named Rose the Hat. That tells you everything you need to know about Doctor Sleep..

Sorry boys, I couldn’t make it out to my local cinema to see this one but judging by the deck it seems like I didn’t miss much. I was able to see Parasite and Jojo Rabbit though, and thought both were fantastic. Glad Midsommar is getting a podcast though. I will re-watch that one and email in.

Please be aware that along with the normal amount of movie spoilers, we do drop some book spoilers as well. I probably should have made that clear, so if you’re reading the book, be advised.

“The pain you feel is only a dream.”

Something I remembered that struck me while watching this movie, that bothered me out of all sense of proportion. One of those brown M&Ms moments that comes by in a movie where you go, “Well gee, Mike Flanahan, if you can’t be bothered to get this right, I really can’t trust you to get the bigger stuff right.”

Now I’ve had a ton of menial jobs and had to do my share of mopping, to say nothing of cleaning in the home, and it’s akin to painting a floor. You don’t mop where you’re about to walk! I mean, duh. You don’t mop in the direction you’re walking because then you’re just walking on a wet floor you just cleaned that instant. It’s a dumb, small detail, but Dan is an experienced orderly. Not some stupid kid.

Again, it’s a stupid observation and if I’m making it your movie has much bigger problems, but it annoys the fuck out of me that on a major picture nobody stands up and goes, “Uh. You can’t mop like that.”

“You are a special little thing aren’t you?”

The group of bad guys in this film looks like an assemblage of circus carnies. I understand that they were more like gypsies in the novel, though this must’ve gone through some diversity and inclusion updating. The baseball kid torture scene was tense and uncomfortable without being at all scary, so mission accomplished! I think I liked the flick overall, mostly because of Rebecca Ferguson, though it’s not good enough that you’ll ever think of it again past this year. You’ll just see it in a bin at Walmart for $5 and think… “Oh yeah. That.”