The mobo on my new build has a WiFi module. I’ve also got it connected directly to the modem via Ethernet.

Is there any dis/advantage to having both or only one active at the same time? I have a wireless printer/scanner on the network, so the WiFi connection allows me to use that device, but I’d like to keep off the WiFi as much as possible to allow for maximum bandwidth throughout the house.

Some of those things aren’t related or necessary.

(1) IF your printer / scanner is WiFi and connected to the rest of the network via your router / access point, then your computer doesn’t need to have the WiFi turned on at all so long as it is connected to the same network with ethernet. The router will bridge the networks.

(2) You can, but I wouldn’t unnecessarily turn both WiFi and Ethernet interfaces to the same network on in the PC. You could accidentally create routing loops or sub-optimal / slower paths to the same destinations from that PC.

Is there any dis/advantage to having both or only one active at the same time?

Yeah, as @dgallina said, there’s no reason to have both active unless you’re deliberately trying to create a bridge between them, which you probably don’t need to do since your router probably does that already.

That’s precisely the sort of answer I was hoping for (expected?).

If it’s relevant, the way I’m configured is: Bell Home Hub native SSID only serves the TVs (x2) in the house and doesn’t broadcast. I have the Linksys Velop mesh network configured to a second SSID which is the “home WiFi network.” The primary node is connected directly to the Home Hub. My desktop is also wired directly to the modem (not the primary mesh node).

Does that mean you have one router behind another in a double-NAT scenario? What IP range networks are they each connected to and serving if so?

That kind of scenario (if that’s what is happening) WILL make this much more complicated because printers usually only broadcast themselves to the LOCAL network. Once you add multiple networks then you need advanced configurations to handle the multicast DNS or similar relay / reflector services that would allow those local broadcasts across to the other networks.

Another option is to ignore the friendly broadcasts entirely and just try adding the printer directly via IP address. That might / might not work depending on exactly what your printer / scanner needs in order to run each kind of job & what your routers automatically do / don’t do with the networks.

I don’t know the Bell or Velop hardware, but my HUNCH is that minimally configurable consumer-grade networking gear won’t easily give you that kind of control if it becomes necessary.

Yeah, that sounds complicated. I maintain two WiFi SSIDs split by frequency (2.4Ghz vs 5GHz), but they’re both accessible to each other through the same router and are inside the same NAT boundary.

You lost me, Diego. I’ve seen the term “double-NAT” before, and I know it’s bad, but I don’t know if that’s what I’ve got going on here.

I’ve tried every method to connect to the printer (even had level 2 Canon support on the line for a while) and the only way I was able to get it to work was with the configuration I have now.

So ultimately, if I have to turn WiFi on/off manually just to use the printer/scanner I will. Right now, I am connected to both:

Matt, both SSIDs (the native BellXXXXX one for the TVs and the one I use in the house) are configured with both frequencies and dynamic switching. I also (of course!) have WAP2 passwords on both networks.

Without getting bonkers deep into network engineering (but getting deeper than the articles):

NAT is network address translation. It’s how the single public IP address your ISP gives you gets shared to all devices on your home network so that they can all use the internet at once. Basically the router creates a PRIVATE network for your home, then translates all requests to / from the Internet, rewriting the packets on the way in / out to substitute the public and private addresses. To the outside it appears that all of the requests to / from your house are coming from one machine with your public IP. To the inside, it appears that each internal client is having separate conversations with the outside. They aren’t. The router is really having those conversations on your behalf using your public IP address.

Why is this a problem? (1) If you have clients connected to both networks then they don’t really directly see one another and their INTERNAL requests are being wrapped & translated in a way that may make services unreliable or invisible to one another. There’s no need for NAT on the second router because both internal networks the routers are creating are private & every client can have its own unshared IP address (2) clients on the second network may have trouble with public Internet services because each packet has to be wrapped / unwrapped / translated twice to get to / from them. Some services may not survive multiple layers of translation. Other services rely on direct connections being established to clients via UPnP or port-forwarding & that may not work for clients connected to the second router in this scenario.

The solutions: Reconfigure the second router in bridge mode, which just links one network with the other and moves the packets without the extra translation layer. Consider turning off redundant firewalls and DHCP servers on the second router since clients of that router may be getting some or both of those already (with respect to the Internet) from the first router.

Hope that begins to help. Like most things, it’s complicated.

Without getting bonkers deep into network engineering (but getting deeper than the articles): 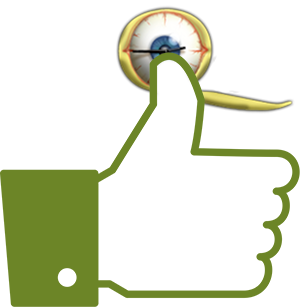