Recc for wireless headphones with chat for both PS3 and 360?

Why is this so hard? I thought I’d pick up a wireless headset with chat that works with both my PS3 and my 360.

So someone recommended this one, I was all prepared to buy it from Amazon: 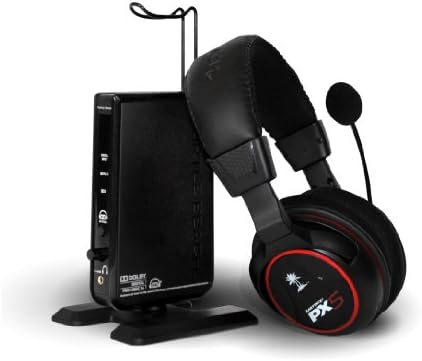 To compete with the best players, you need the best equipment. PX51 gives you the Turtle Beach audio advantage with interference-free, Dual-Band Wi-Fi Wireless and powerful, Dual-Stage Audio Processin ...

and then, just before I hit the “buy now” button, I read the reviews and see a lot of people saying that, even if you change the channel your router broadcasts from, your wireless router interferes with the sound and chat. Argh!!!

Anyone have a recommendation for what I’m looking for?

them’s the breaks with 2.4ghz.

Does no one have a headset they use with the 360 and PS3?

I really think you’d have better luck asking in the Games forum.