Can anyone recommend a decent paper shredder for personal documents? (E.g. not an office.) I bought one about a decade ago, but it gets jammed/stuck easily and is in general a PITA. Thanks.

I used one of these for the last 5 years, sadly it just died last week.

Probably going to get the same model, as it was so easy to empty.

After 45 hours of research, we think the AmazonBasics brand makes the best paper shredders for most people.

Currently unavailable. We don’t know when or if this item will be back in stock.

If only The Wirecutter provided alternatives for when their primary recommendation was unavailable! Seems like such an obvious thing. Maybe I’ll tweet at them!

The unbundled shredder is available.

Is this the same thing? It looks different.

If only The Wirecutter provided alternatives for when their primary recommendation was unavailable! Seems like such an obvious thing. Maybe I’ll tweet at them!

Do you personally recommend the “runner-up” (e.g. not-an-“alternative”)?

The unbundled shredder is available.

I don’t see the option to purchase it without the lubricant sheets.

Is this the same thing? It looks different.

That one is a bit more expensive, and is pretty huge. (6-7 gallon capacity.)

Yes of course, get the runner-up.

I don’t personally recommend either, as I do not own a shredder. But The Wirecutter’s reviews are reliable.

BTW you can, and should lubricate with corn oil. Put a bunch on paper before you shred. Shred.

Some oil is petroleum based but I’ve seen some mdsm sheets that show some brands use vegetable oil.

I’ve never noticed it goes rancid and no problem with ants.

For all I know it’s just corn oil but I picked this up:
https://smile.amazon.com/Fellowes-35250-Powershred-Performance-Extension/dp/B00006I58N

Edit: From the comments:

Reading the MSDS sheet for the oil and it is Canola Oil. So most likely won’t kill a pet but you should keep it away from them. http://sites.fellowes.com/Fellowes/Materials/Documents/MSDS_35250.pdf

Per the MSDS:
It’s NOT “machine oil” it’s canola oil rated as “industrial-grade”

Well, so much for that then.

I got that wirecutter shredder from Amazon last year (highly recommended… when you can get it!). And I bought a bunch of oiled sheets of paper that you throw in the shredder every load or two. Just let them shred the paper and you’ve oiled it. So I will join your league of shredder oilers, @arrendek.

You could always just spray it with some PAM.

The Wirecutter’s reviews are reliable.

Well, most of the time. Most of their reviews are excellent, and they do a terrific job of presenting alternatives for people with different priorities and budgets.

Occasionally, though, you’ll see them exclude a certain popular device, or sometimes an entire class of popular devices, because Reasons – in which case you’ll need to dig further someplace else if you want to see how those things compare. It seems to really depend on the reviewer(s) and their approach / assumptions.

I did disagree with their gaming laptop choice a year or two back, sure. But that’s something I know a lot about, and their choice could be defended. It just wasn’t what I would have recommended because it wasn’t capable of 1080p low-compromise gaming at the time.

Spraying WD40 in a shredder that’s plugged in will make it explode. My father tried once. Once. 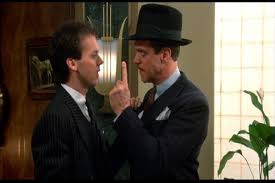 I’ve had my Fellowes shredder probably almost a decade now. Solid, dependable. Just don’t go too cheap. I paid around $150.

I wonder if the AmazonBasics shredders are re-branded Fellowes.