I bought an emermax 600v noise taker power supply a while ago to be put into my new computer, but I’ve heard rumors that it’s not high quality. So today I checked back at zip zoom and new egg, and neither have a listing for it, so I’m starting to get nervous. Has anyone heard anything about it, and if so what would be a good 600v power supply then?

But, you could probably get away with something in their 500watt line for a lot less money, because they rate real wattage at industrial level. But if you want to shell out half a grand on a power supply that is rock solid, there you go.

Enermax makes high-quality power supplies. There are plenty of Enermax models on NewEgg.

I’ve never seen negative reviews based on poor power, crashes, etc., just on failure. And IMHO any power supply is going to see an occasional failure, and a large percentage of folks who experience one are going to post about it.

I’ve had 5 Enermax power supplies over the years. One failed after about 6 months, and was replaced with no hassle by NewEgg. Running a Noisetaker in one rig and a Liberty in another now.

I bought it from zip zoom, about 2 or so months ago, and now it’s not even listed on there. Does that mean anything? Also with another power supply I need one that can use sata drives, and if my mobo is SLI compatible do I need a sli compatible power supply even if I’m not sure I’m going to go that route?

It’s important when looking at a PSU to check what the +12V rails amperage total is as that is what is being used by most hardware these days. Do not just look at what they claim as total wattage because a lot of shaddy PSU suppliers do that and trick you into buying a PSU that has really low total amperage on the +12V rails.

I’ve been pretty happy with the mad dog BTX PSU’s. I like that you can plug in each rail seperately, so you don’t have to clutter your case up with unnecesary cabling if you don’t need it.

I have another question, it seems that once every 2 months or so when I go to load up my computer. It gets to the desktop, then I hear a very loud noise coming from tower and the computer freezes. After that I restart the computer and it works fine, does that mean something is starting to go?

No, that’s perfectly normal. Old computers used to require a crank that you would insert at the front and turn with two hands, but sometimes the computer would kick back and kill a person. So they added the electrical start, but if the choke isn’t adjusted properly, the computer will sputter and die, and you’ll have to try and turn it over again.

It would seriously depend on where exactly the sound is coming from. Which component?

Honestily I don’t know, it sounds like it’s coming from the back of the tower. Maybe near where the fan is.

While I’m still deciding on whether or not to use my enermax or get a new one, I saw this on new egg: 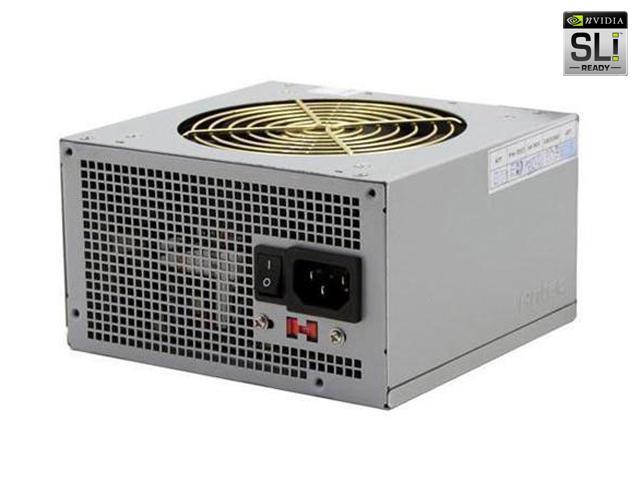 How does this compare to the enermax 600w noisetaker 1? Also I couldn’t tell but does this support amd 64 x2 processors like the noisetaker?

Antec makes very good supplies, but I still don’t understand why you are replacing your existing unit. If it is working fine for you, why spend a $100 on something that will do the same thing? Or are you assuming the power supply is what is giving you problems?

I haven’t installed it yet, this is the only part of my new computer that I wasn’t sure about when I bought it, it was suggested by a friend. I’ve just heard reports from people saying it’s very unreliable, and I don’t want the thing to blow up inside my tower when I have it installed.

Hate to res this thread but I might not be using my power supply for another reason. I just got an email from enermax’s max point I think. They said that the noisetaker 1 doesn’t support dual core processors. Which is exactily what I’m getting an amd 64x2 4400. So until I hear back from them on my options with this one, anyone know a good 550 or more W power supply that supports dual core, and is pretty good? The other enermax one is the noisetaker 2 which does support it.

Hate to res this thread but I might not be using my power supply for another reason. I just got an email from enermax’s max point I think. They said that the noisetaker 1 doesn’t support dual core processors. Which is exactily what I’m getting an amd 64x2 4400. So until I hear back from them on my options with this one, anyone know a good 550 or more W power supply that supports dual core, and is pretty good? The other enermax one is the noisetaker 2 which does support it.

I have no idea what a “dual core” power supply is. A dual core CPU has no additional requirements, other than your motherboard supporting it. And they typically require more juice than a single core CPU.

Unless the power supply doesn’t have some of the secondary power connectors newer PCI-e motherboards require, but that has nothing to do with dual core CPUs.

Yeah I just got an email from them confirming it, so I guess I’ll order the part and hope everything works .