I’ve been revisiting Saint’s Row 2, which still holds up fantastically on replay (After finishing the game and doing what felt like a ton of activities I find I’m only 2/3 done. Why isn’t customizing my cars an activity? I’d be 9/3 done!).

So naturally, I’m getting a bit curious about Saints Row 3. Something should have come out at E3 right? Well, not so much. I did find this snippet from a site called True Achievements and it seems to be floating around other sites as well.

THQ did not do a presentation in the same vein as Ubisoft, Electronic Arts, or Activision, but they did hold a conference call to discuss some of their properties. When asked where Saints Row 3 was, core games VP Danny Bilson told those in attendence that the game will be shown during Spike TV’s Video Game Awards in December. Until December you are out of luck trying to find Saints Row 3 material.

[quote]“I’m not going to show it to you today. This is the only room we’re talking about Saints Row 3. We’re not showing it on the floor because the rollout starts in December on Saints Row 3.

“We’ve spent an extra year rebuilding the technology for this game. It is absolutely gorgeous and still completely insane.

“Most of these deals are already in place. I believe we’re going to announce this at the Spike awards in December.

“It’s really, really exciting what’s going on with Saint’s Row and when we launch this it’s really going to turn heads to what we’ve done with this brand.

“Saints Row is going to be a monster for us."

In the same vein as the “trans-media blowout”, THQ confirmed that they are releasing a Hollywood film. This film will be released the same day as the retail game and allegedly a big name is attached to the movie. GameSpot speculates that it is probably 50 Cent since he attempted to option the rights for a film back in February of 2009.[/quote] 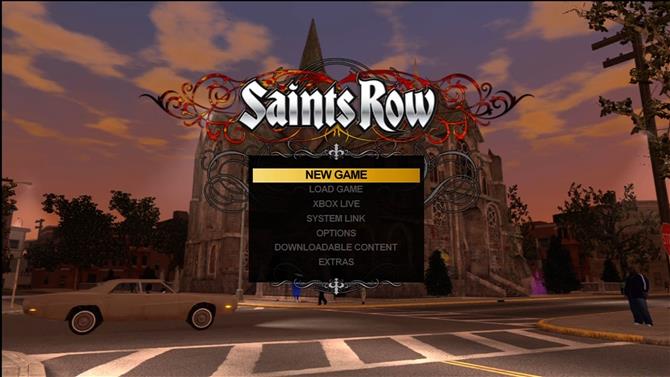 Normally, I will write these type of stories off as non-news stories. I feel that you announce you have no news about your game until a later date as stories for slow news days, but with E3 and the b

Anyone got anything else?

A movie tie-in released same day as the VG?

Saints Row is NOT movie potential!

Simultaneous movie release? Is this actually a good idea?

That’s what I was hoping for.

Well, at least we’ve still got Saints Row 3D to look forward to on the 3DS.

That’s what I was hoping for.

Yeah, I’m very excited for them.

This means they won’t even have to worry about that whole game thing.

I’ll have to say, a Saints Row movie COULD be funny as all hell. I loved the first two games, LOVED them.

I was totally on board with that until I realized, halfway through this entire thread, that they really meant it. Saint’s Row 2 was so huge and bonkers and awesome that I just assumed they meant there would be an in-game CCG, books, and merchandise. I hope they drop this dumb idea, Saint’s Row is about as video gamey as it gets and does not need all this other crap tied to it.

I started SR2 and then got sidetracked and haven’t played it since. I had only just gotten my own place and cleared out some old mall (my old gang place or something?). Then I stopped. It seemed like a great game, and I can’t remember what distracted me. I still have it, so maybe I need to fire it up again!

Since you could change your sex from the first game to the sequel, I guess it makes sense to focus on the trans-gender media. Maybe now it’s actually a requirement.

A two-hour movie of the popular gaming series is coming to SyFy Channel. The TV network will also begin coproducing the games.

Yeah, a Syfy movie is exactly not what anyone wants from RF.

This is like when Dead Space came out alongside an animated feature, a comic, and I think another cartoon. Did anyone care about any of that stuff at all? And like Saint’s Row that was a solid game, but all the other media was just so extraneous, and I’m sure it contributed to Dead Space’s failure to become the next huge new franchise. That stuff costs, and those costs probably get lumped in with the game’s cost as far as the publisher is concerned.

I hope that the Saints Row 3 book is written by Ice T.

I hope that the Saints Row 3 book is co-written by Ice T and Beverly Cleary.