Sean Spicer is the best Press Secretary in history. PERIOD.

So, he’s terrible. It deserves its own thread, because I fully expect this baddness to continue throughout this administration.

“There are five lights.” 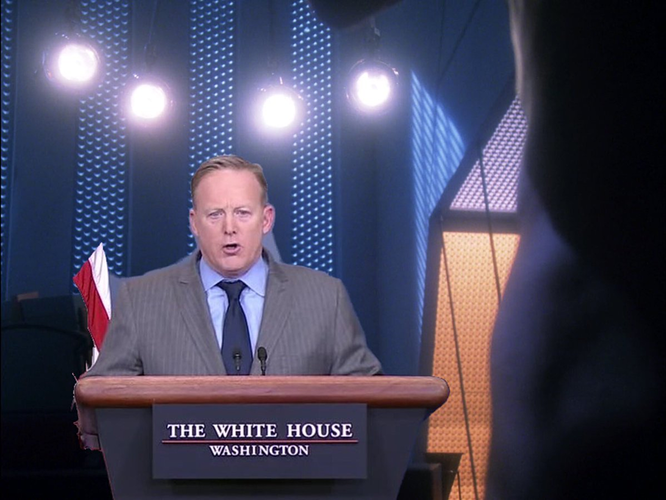 This is also where folks can put the awesome #SpicerFacts memes. and #AlternateFacts memes 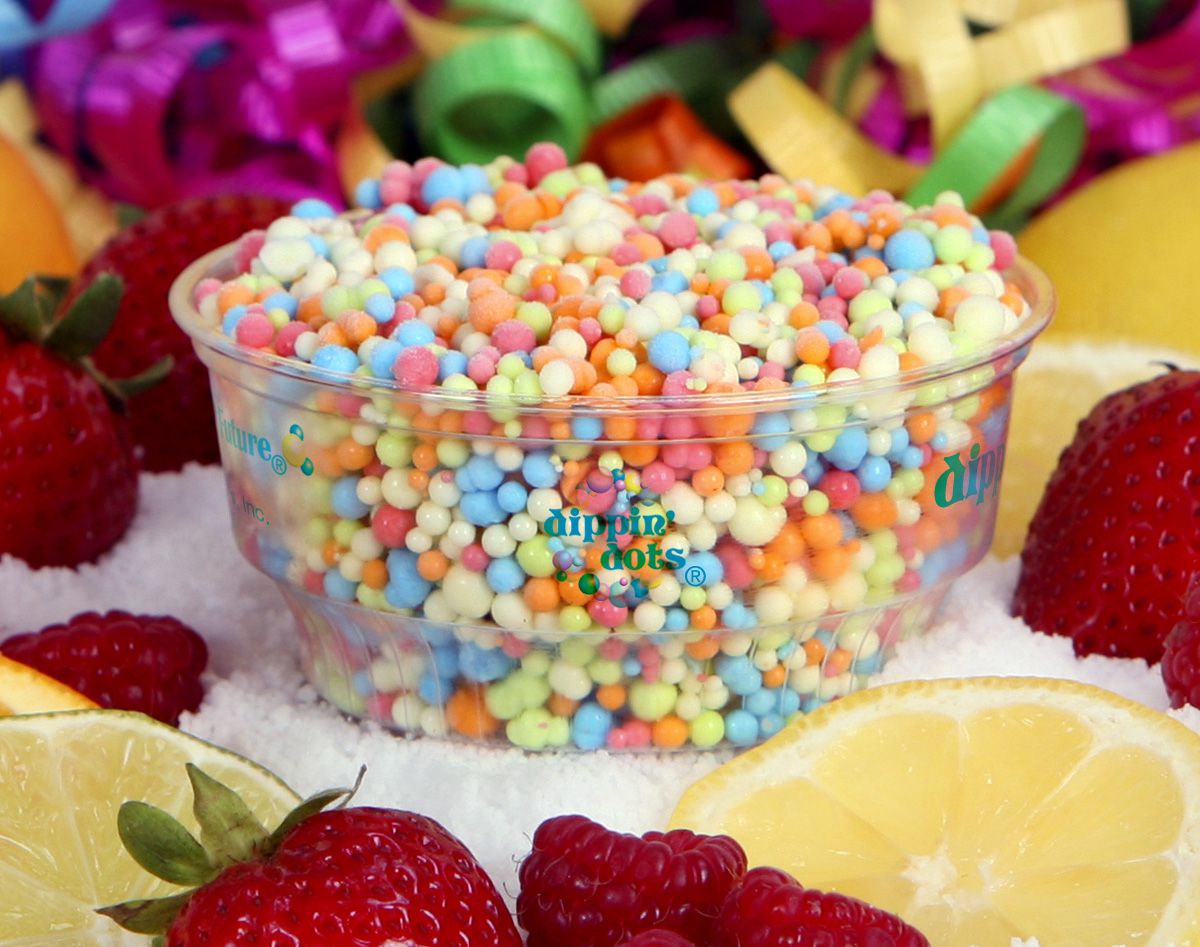 The man who would one day become the top spokesman for the President once devoted tweets to attacking the beady frozen treat.

New White House Press Secretary Sean Spicer had a hell of a weekend, first claiming against photographic evidence and “math” that President Trump’s inauguration was well-attended, and then having his years-long feud against Dippin’ Dots exposed for...

The current press briefing is taking place today. This was originally scheduled to be the first one, but then they scheduled the travesty that was him overtly lying to the American people on Saturday, then running off without fielding questions.

He opens it up with some lame jokes, with some weak self-deprecating humor. No one really laughs, because he’s minimizing the fact that he literally lied as the official spokesperson of the executive branch of our government.

He’s going over some stuff, talking about the hiring freeze for the federal government. Talking about how Trump talked with Egypt’s president. Kind of boring. This guy sounds really tense.

Talks about how Trump is responsible for saving American jobs at Carrier and Ford and stuff.

Says they are going to meet with GOP and Dem leaders in congress.

Says that the Democrats should stop playing politics with the nomination process. After the GOP blocked the appointment of Obama’s supreme court justice for over a year. So lolz.

They are going to open up Skype seats in the press briefing for journalists who aren’t located in the DC area. I’m guessing this is going to go to garbage fake journalist websites, since every real news organization has presence in DC.

Takes a question from NY Post, asking when they are going to build the border wall. Says Trump is already working with Congress to start it. Asks if Trump is enforcing the Obamacare mandate. Spicer says they are working to repeal and replace it.

Asked when the Whitehouse Spanish site will be back up. Spicer says the website isn’t done, and that they’re still working on it. So I guess they didn’t mean for it to be removed permanently.

Fox Business asks if they are going to cut corporate taxes to 15%, or what Trump more recently said 15-20%, and also about how government spending is projected to increase by 10 trillion dollars, and whether they are going to cut entitlements. Spicer says they are going to respect the taxpayer’s dollars more. (???) Says he’s gonna work with congress to negotiate a great deal on behalf of the american workers and businesses for their taxes.

Asked about how Elijah Cummings talked to Trump about the high price of prescription drugs. Asks when Trump is going to meet with members of Latino and Black communities. Spicer says that they want to make things cheaper. No explanation of how this could possibly occur. Says Trump is gonna have lots of meetings.

Says that Trump has a mandate to make healthcare more accessible and lower cost. So, I guess that sounds good? But I don’t see how he’s going to actually do that.

Asked about differences between what Russia and what US Military is saying about joint action in Syria. Spicer says Trump is going to work with anyone on military and economic fronts. Asked about Trump saying that there may be another chance to take the oil in Iraq. Spicer says that we will make sure we get something out of future military actions.

Asked if they are going to greenlight the new oil pipelines. Spicer says that increasing economic growth is good.

Asked about how McCain said that TPP repeal was a huge mistake. Spicer says that letting any of the members of the TPP having similar influence to the US in the negotiations, is bad for the US. So we should instead have bilateral agreements with each individual country.

Asked if his job is to ONLY TELL THE TRUTH, and whether he will ever intentionally tell a lie to the American people. Spicer says that it’s never his intention to lie to the American people. (But he DID lie, on saturday) Says he’s gonna do his best to tell the facts as he knows them, and if he makes a mistake, he’ll do his best to correct it. (He does not correct himself from Saturday) Asked if he has any corrections from saturday. Says that the numbers he were provided on Saturday about metro riders were wrong. Asked if he wants to correct the total viewership, and says that he stands by the statement that the viewership is highest ever, when you add in online viewership. Asked if he had any changes about his approach on saturday (since he left with no questions), and Spicer says he’ll stay until they are done asking him questions.

Spicer gets upset about the error made when they said they removed MLK’s bust, and asks where the Press apology was. Reporter points out that they did apologize, and that Spicer actually accepted the apology.

Asked if the Media invented the fight between Trump and the Intelligence community. Spicer says when Trump went to the CIA and they cheered him (it’s been pointed out that the folks in that crowd were self selected, not a random sample of the CIA).

More boring stuff… Not gonna keep writing it all up. Most if just boiler plate nothing responses. Will just write up the more interesting ones.

Asked when is Trump going to start with the bilateral deals in Asia, since delay is going to keep giving China an advantage. No real response. Says the TPP is bad.

Sean Spicer has been amazing in both of his official White House press briefings.

And I don’t mean “amazing” in a positive way.

Oh good. A dedicated thread where I can place his latest masterpiece:

“I think sometimes we can disagree with the facts.”

“I think sometimes we can disagree with the facts.”

He’s now asked about reporting saying that there were like 40 people brought into the CIA thing who were cheering, but weren’t in the CIA.

Spicer is asked repeatedly whether there were folks in the front who weren’t from the CIA. Spicer will not say whether they were or not. So Trump may have brought in his own cheering squad for that speech to the CIA.

WHICH IS CRAZY WEIRD.

Those cheering idiots at the CIA building were totally not shills. PERIOD.

I’ve seen some posts online that still put 2009 higher than this year. No idea as to the veracity of that. That CIA cheer squad thing popped up over the weekend. Dude is nuts

[Dippin’ Dots] offered him a free ice cream social in the White House to chill the feud.

“We understand that ice cream is a serious matter. And running out of your favorite flavor can feel like a national emergency!” Dippin’ Dots CEO Scott Fischer said in an open letter Monday.

“We’ve seen your tweets and would like to be friends rather than foes. After all, we believe in connecting the dots.”

Spicer just complained to the reporters that all their negative reporting is “demoralizing” for the White House.

It’s been a magical first few days of an administration. Kellyanne Conway was trolled by a dictionary, and Sean Spicer is trolled by ice cream.

Spicer just said that Trump resigned from his companies before he took office. But he didn’t. 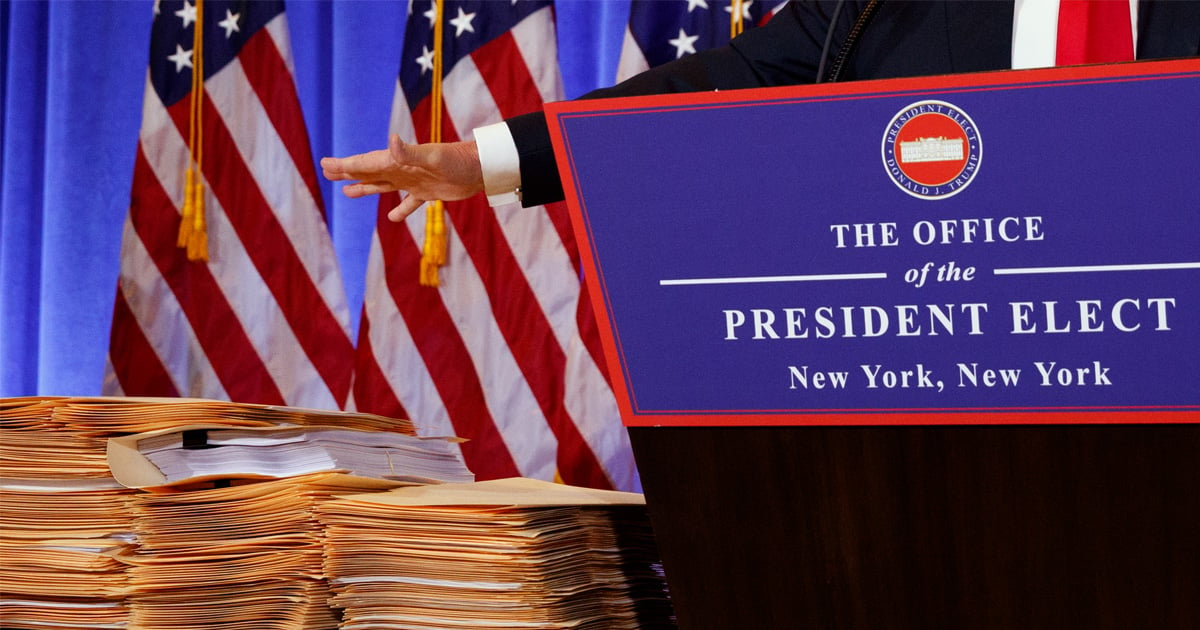 Trump Promised to Resign From His Companies — But There’s No Record He’s Done So...

To transfer control of his companies, the president has to submit filings in Florida, Delaware and New York. We spoke to officials in each of those states.

This is the FIRST real press conference folks. THE FIRST ONE.

This is the FIRST real press conference folks. THE FIRST ONE.

It’s been a magical first few days of an administration. Kellyanne Conway was trolled by a dictionary, and Sean Spicer is trolled by ice cream.

That might be the best thing out of all of this: The comedy.

I take it you’re being an optimist and assuming that we don’t turn the country into a smoking crater or that names himself President for Life.

Spicer just complained to the reporters that all their negative reporting is “demoralizing” for the White House.

Spicer is asked what they consider the unemployment number is, because Trump has been counting the labor participation rate, which is the total number of people not working as a percentage of adults over the age of 16… which is a totally absurd number.

Seriously, this is what’s gonna go down. 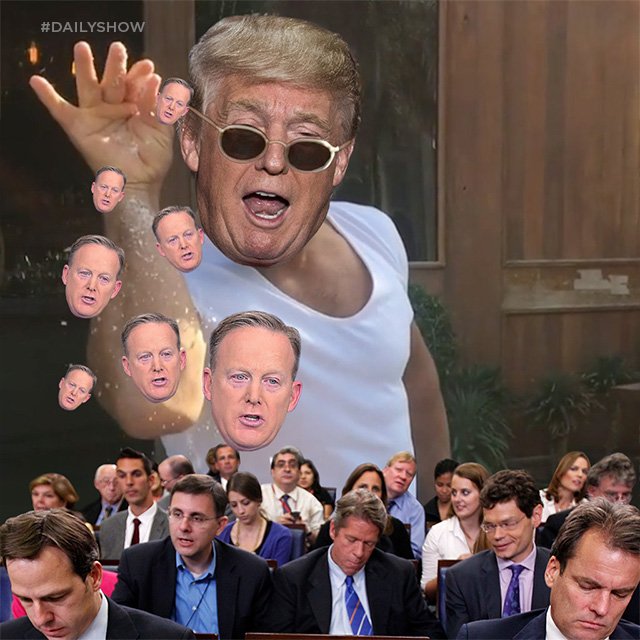 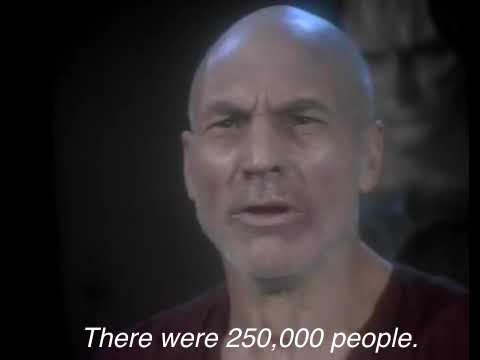