Relayer was implying that Morrowind was hardcore and Oblivion onward were not. I’m not sure what part of Morrowind I would consider hardcore. Maybe the more liberal magic system that broke the balance of the game and made the player super-strong? I know shopkeepers never left their posts, they stayed in their shops 24/7, I think. They added schedules for them in Oblivion. I’m pretty sure you didn’t have to eat or drink in Morrowind. Maybe the non-fun combat? If it’s more fun, has more tactile feedback, it’s less hardcore?

No, Morrowind wasn’t necessarily hardcore. My point is that they streamlined the series after Morrowind to the point where it’s a little less classic RPG and more action game with some stats.

You had to eat in the later games? I don’t recall that. You could eat (for a very pointless HP gain), but it wasn’t a necessity.

I’m not saying some of the streamlining wasn’t an improvement. Just that they didn’t have to neuter the series’ soul completely. Sure, combat is more fun than it used to be, but I feel like the stats don’t really affect a whole lot, anymore.

Well since there aren’t really ANY stats in Skyrim, you’d be right that they dont really matter anymore - All you have is health, stamina, and magicka.

Incidentially, you don’t need stats to have roleplaying, or a roleplaying game - you just need to be able to play any sort of role. Which, you can in spades in Skyrim.

These are good points. But bottom line is that I still played Morrowind the least out of all of them despite liking these things you listed. Because I was too powerful, money was meaningless, and combat was never fun.

Well since there aren’t really ANY stats in Skyrim, you’d be right that they dont really matter anymore - All you have is health, stamina, and magicka.

Incidentially, you don’t need stats to have roleplaying, or a roleplaying game - you just need to be able to play any sort of role. Which, you can in spades in Skyrim.

See, I even forgot they got rid of stats completely!

So is Planescape: Torment NOT an RPG because you can’t play ANY sort of role, only the pre-defined one you start with?

Or if you can play a role, that makes it an RPG? Because you’re nearly always playing a role in a game. Street Fighter is an RPG; you play the role of a fighter.

Yeah, sure, its semantics - I just don’t think having stats are neccesary to be able to play a roleplaying game. I guess streetfigther kinda is a roleplaying game as well, then? Its just not the focus! Wheras Planescape Torment IS a roleplaying game, since the playing of the role of…nameless one is the entire idea/game. And of course, certain tropes follow along with certain naming systems.

Its silly internet arguing as we both know - I was just making a point that I feel that it isn’t neccesary to have Strength, intelligence, wisdom, charisma and so forth to play a roleplaying game :-)

There are statless tabletops RPGs… stats were never an important part.

Okay maybe the “on the contrary” rang wrong.

His statement sounded like “There’s a possibility that this might be a feature.” Me, I would be shocked if it weren’t in there. That’s almost an expected feature.

Nuance is all, and I wasn’t trying to be argumentative. I think the thing he said “could be” in there will almost definitely be included. Not that I have any insider information, just…it seems like a given for any spaceship game.

The thing is, we don’t know that it’s a “space ship game”. It could be exactly like ME, where the ship is a base and mode of transportation, but and never really engages in any combat controlled by the player. I really wish there was, but that would be taking the game to the next level, putting space combat into character driven RPG. It would be cool because you could then have skills/perks related to the ship (or hire companions that do). Just more fun and interesting decisions all around.

Edit, just saw this discussed above so never mind!

Man, it’s SO HARD to put a game down for a bit and then come back to it. Am I just getting older?

I do that constantly. There are games where I have played the first half a half-dozen times without ever seeing the backend.

Everything will be on foot and the ship’s guns will be used in a turret section where you gun down hordes of vomit zombies.

I was just making a point that I feel that it isn’t neccesary to have Strength, intelligence, wisdom, charisma and so forth to play a roleplaying game :-)

It strikes me that when stats are not used to define the character it often defaults to player skill. Morrowwind’s combat wasn’t exciting but I could feel that as my character got better at combat skills the character was more successful at combat. In Skyrim there were no character skills so it boiled down more to equipment and level (gaining HP and Stamina). Of course mods can tweak Skyrim even farther into the player skill side of things with increased damage, increased stagger, active dodging, and so forth where even the best equipment and levels won’t save you if you aren’t actively (and accurately) moving and reacting.

True - character skills are a lot in these games, but man - health and stamina and magicka, balancing those are vital as well. Especially in some of the modlists over at Wabbajack, such as Elysium where combat tends to be a lot harder than in vanilla skyrim.

And you do kinda misremember - while there were no stats, there where plenty of character SKILLS, such as Archery, Illusion and so forth :-)

And you do kinda misremember - while there were no stats, there where plenty of character SKILLS, such as Archery, Illusion and so forth :-)

You are right. I thought of that after posting but figured I’d get correctly about as fast as I could edit it. They are less importnat than in Morrowwind though as they don’t effect a to hit roll. Instead that is a player skill.

Overall I will be very happy with a Skyrim/FO4 in space. The farther they move towards my own personal timing and pattern recognition the less happy I’ll be. There is a reason I like VATS in FO4! 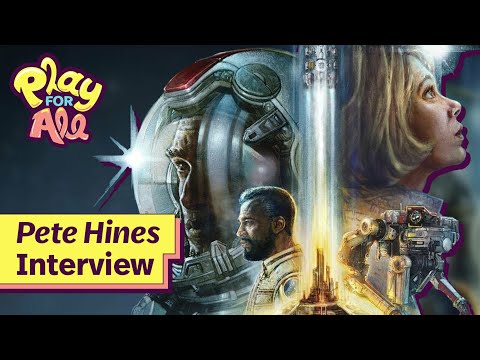 Regarding exclusivity, Pete Hines said this:

I totally understand if you are unhappy or pissed or whatever. I get it. Those are all real feelings and frustrations. How should you deal with that? I haven’t the foggiest idea. I would never presume to say, ‘Here’s how you can make it better and feel better’.

I don’t know how to allay the fears and concerns of PlayStation 5 fans, other than to say, 'I’m a PlayStation 5 player as well, and I’ve played games on that console, and there’s games I’m going to continue to play on it. But if you want to play Starfield…PC and Xbox. Sorry. All I can really say is, I apologize.

This whole thing is absurd.

That is not a situation where you apologize. Just say, “I understand, but now is a great time to get involved in the Xbox ecosystem!, next question.”

Huge Milestone: Bethesda’s New Role-Playing Game ‘Starfield’ Will Be The...

Our heads are still spinning from this year’s E3 press conferences, but one game in particular is really sticking with us: Bethesda’s recently announced RPG Starfield is poised to redefine the possibilities of the medium as the first-ever video game...

This whole thing is absurd.

That is not a situation where you apologize. Just say, “I understand, but now is a great time to get involved in the Xbox ecosystem!, next question.”

I’d just say, “Now you know how XBox gamers have been feeling. Welcome to the club!”

Exactly. There’s probably a huge overlap between gamers that are complaining about not getting Starfield on PS and gamers that have been bragging about how many exclusives PS has and pissing on the Xbox for lack of games.

He could have also just said “People without Xbox or PC can still play the game, soon XCloud will be available on most devices on the planet”.

Brian, you should totally jump on this and start a podcast/streaming thing devoted solely to space games. You’ll be ahead of the curve.

On another note, all this Morrowind talk has me wanting to re-install.

You’ll be ahead of the curve.

What a splendid idea! Just splendid!