My friend just called me and asked if I had heard of TiSP. I never have, but there are plenty of things I haven’t heard of. He started describing it and it sounded ridiculous, but he was totally serious. I know this guy well and jokes aren’t his thing. He just wants free broadband and found this:

Yes, I need to get some new friends…

Google TiSP
Google TiSP (short for Toilet Internet Service Provider) was a fictitious free broadband service supposedly released by Google. This service would make use of a standard toilet and sewage lines to provide free Internet connectivity at a speed of 8 Mbit/s (2 Mbps upload) (or up to 32 Mbps with a paid plan). The user would drop a weighted end of a long, Google-supplied fiber-optic cable in their toilet and flush it. Around 60 minutes later, the end would be recovered and connected to the Internet by a “Plumbing Hardware Dispatcher (PHD)”. The user would then connect their end to a Google-supplied wireless router and run the Google-supplied installation media on a Windows XP or Windows Vista computer (“Mac and Linux support coming soon”). Alternatively, a user could request a professional installation, in which Google would deploy nanobots through the plumbing to complete the process. The free service would be supported by “discreet DNA sequencing” of “personal bodily output” to display online ads that relate to culinary preferences and personal health. Google also referenced the diet cola-and-Mentos reaction in their FAQ: “If you’re still experiencing problems, drop eight mints into the bowl and add a two-liter bottle of diet soda.”

Don’t liste to rhinohelix, it’s totally legit. I’ve been running a TiSP network for months now, and it works great!

I bet TiSP would be better than what I have right now.

I bet TiSP would be better than what I have right now. 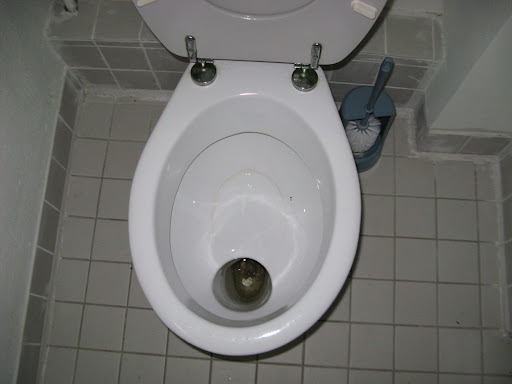 They’re just taking the series of tubes to its logical conclusion, a series of pipes. A series of icky, stinky pipes.

Why would you do this thing?