I sort of feel dirty to do so, but a few months ago I mentioned the game we’ve been working on in the grognard thread, and I was told that I’d better try to go for a thread of my own. Checking the rules I see that it isn’t discouraged as long as I provide some actual content. I trust, considering the nature of the local crowd that some of you might find the topic entertaining - so please allow us to try our luck :)

I don’t know if self promotion is sort of frowned upon in these lands - but I know that few of you are virtual sailors who aren’t afraid to embrace CMANO for a leisure cruise - in that regard, I suppose that a WW2 3D carrier command simulation will probably hurt nobody’s senses :)

In a nutshell
The game is named Task Force Admiral . Volume 1 is about playing the USN in a single-player environment. 30 to 40 scenarios, full 3D… But if I had to describe our project in a few lines, I would say:

Pictures being worth a thousand words, let me just post here our humble tech demo we produced for our partners month ago, back in October. Since then it had its small success and it certainly showcases a number of interesting things and design choices. Anybody into carriers might find something worthy of attention. I’ll let you watch.

Since then we were blessed with some press cover that are worth a thousand lines of gibber from me. First, Shamrock over there at Stormbird wrote a piece that is a good introduction to our overall concept.

With the Stormbirds blog I tend to focus very specifically on flight simulation and with a bit of a specialization on the combat flight simulators. For this article, I go off topic a bit and talk a…

As a good complement, here’s the interview yours truly gave in Tim Stone’s column over there at RPS, with some more details about what we do, and why we do it so.

As a closing remark, we post development updates every month on our own website Here’s the latest one.

Hello there, Ladies & Gentlemen of good taste! It is me your host Amiral Crapaud for a March update regarding our progress – albeit a tad late, but we will still be on schedule as long as…

At any rate, I’ll also be happy to share in here our other more regular snippets & nuggets of contents that I tend to post online on twitter or facebook - that is, if you people are interested and if it’s not akin to spam, of course. I’ll let the mods & the crowd be judge ;)

Cheers, and thanks in advance for all of you who would find fitting to joins us and become a carrier task force flag officer some time soon :) 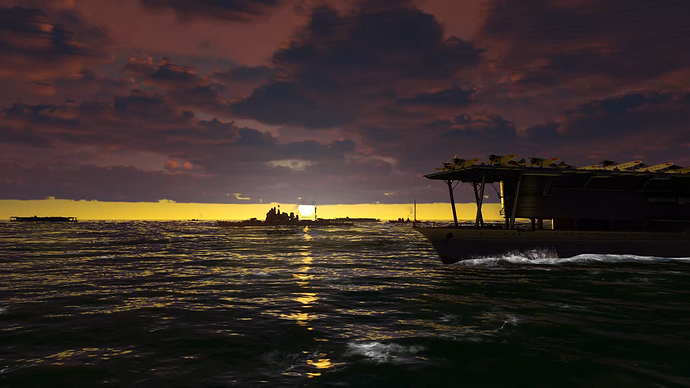 Allow me the first to welcome you here Admiral Crapaud, and to cheer you on in your endeavour!

Oh hello there Schurem, nice to see you here :P
Thank you for the kind words.

Old friends are always welcome, I hope it will not start to look like spam on your timeline now that I know you’re around too ;)

Allow me the first to welcome you here Admiral Crapaud

Well, to be fair, Schurem as a gentleman already promised a couple times he would buy my game. Me being a cheap b**tard, you can bet he is forgiven in advance for any poke involving further name-harming :P

Well if it’s alright I’ll keep on posting from time to time - as long as it’s not considered too spammy, and if some of you don’t object (apart from Schurem who doesn’t have a choice because I know where he lives on the Internet)

Here, some more action - we’re making pics & videos for our future steam store page, it gives us the opportunity to tweak around with the current dev build. Some unavoidable glitches here and there unfortunately, I am afraid, but it starts to look like something - hopefully, that is :)
The GIF is chunky, please give it some time to load :P

Please do. I love the look of this and really want to play it. Do you model the pilot experience at all?

Well in regard of pilot experience we’re not sure yet if this is going to be taken care of at the individual or squadron level. Clearly in order to recreate the sort of discrepancies you can have within the same unit when you mix vets & rookies (aka VF-3 at Midway for instance) we would need to make sure that every pilot is digitally “generated” from a few values we’d be allowed to tamper with. In the end skill/training/discipline all play a big role in combat, but also in other areas (for instance naval search, or orientation) and this led to important turning points in the battles of the era - i.e. the mistake of Carrier Division 5 when it mistook Neosho & Sims for a carrier force, which certainly saved Task Force 17 that day. You would need a crew with a very bad scouting ability to pull this one off, and if we can’t make sure that it will happen as a scripted event, we need to be certain that the computer will have all it needs to recreate this kind of SNAFU all by itself.

Thanks for that answer that I very well understand. Hard to model both skill and luck at the same time! I will be a day one purchaser for this.

Voting “yes” for more spam on this subject.

This looks amazing … dare we dream?

I sure hope you do dare, we will feel stronger and less alone in our own daring ;)

Loads of stuff incoming - and I’ll keep 'em coming then. Thank you for the kind welcome chaps - and cheers!

Btw, here’s the animated version of the scene we were making earlier…

How many xAK and xAP ships are in the game?

Yes this game does look smart. Plus beautiful.

How many xAK and xAP ships are in the game?

Hello there!
No definitive number I am afraid
The original list here

Task Force Admiral Volume 1: American Carrier Battles will focus on a single-player experience recreating the US Navy carrier operations throughout 1942. According to our development roadmap, the f…


wasn’t updated and has been enriched with a few models. The sheer diversity of US early war and, of course, Japanese auxiliaries (including Japanese Army ships quite present in the Southern expansion) makes some choices more painful than others, but we isolated a few more common hulls that we will recreate as a start. If at some point we have the time/the means to do more than the half of dozen hulls we plan for now, we will certainly push the limit, but at some point we also need to be realistic. We won’t go much deeper in auxiliary territory as long as major combatants are not dealt with first, especially in a primarily carrier-centric simulation as Task Force Admiral is - for now.

Yes this game does look smart. Plus beautiful.

Thank you thank you. So do you! :P

By the way, and in order not to be too invasive, I will keep the postings to a few nuggets of interest from time to time - but for those who’d like to follow us from closer, we also have a few social media account where we keep our audience aware of each and every development woe. Please feel free to check there if you need your regular fix of PTO :) 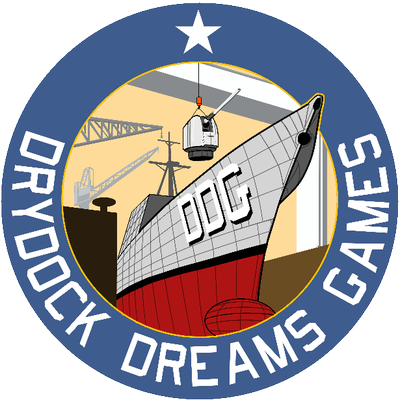 I'd say that it is a fair guess awesomeness is always better in motion, am I right?😎 Now with sounds compiled by the famous Tiger33 of Il-2 fame! Thx @sanetomo_works for the great voices ♥️ #History #WW2 #IJN #games #indiegames #indiedev #aviation #IndieGameDev #Zero #海軍 #零式 https://t.co/XGDxkpqkYU
Amiral_Crapaud April 23, 2020, 12:34pm #19

A little highlight today regarding the latest work from our 3D artist. As we head into an important week for all of us, I thought it was proper to show how far we got in every department so far. Here’s pretty much 50% of our fleet done so far, including sub variants for all the types in here. Still a long way to go of course, and a lot of paint to throw around, but it’s still arguably better than nothing, if I dare say ^^

Cheers, and enjoy the day, all of you! 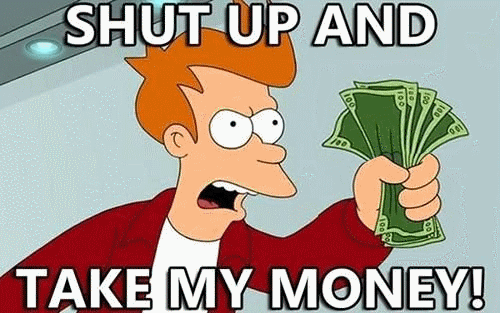