Sure why not. Crypto (that is to say, cryptocurrency like Bitcoin, Ethereum, etc. and not cryptozoology, which is a whole other kettle of fish with similar psychological elements) is now getting more mainstream by the day and is probably something we should be talking more and more about as time goes on. What are everyone’s thoughts? Were you an early investor from years back? Are you keeping up with all the changing regulatory elements that are evolving the landscape? Do you participate in ICOs? Do mainnet launches excite you? Is there too much FUD and FOMO going around? Are you carrying around a hardware wallet? Is there a particular technology you like or do you feel like the entire crypto ecosystem is built around something we want or even need?

Pretty much already have this covered.

The Bitcoin Saga Politics and religion

Ask.fm (who?) is entering the crowded crypto market and leaves a man behind to die as part of its ICO promotion. It was a stunt designed to play on one of cryptocurrencies most resilient memes: “to the moon” – the idea that prices will skyrocket, leaving currency holders rich in the process. But it was a stunt that left one Sherpa presumed dead on Mount Everest. ASKfm, one of the world’s top 10 social media networks, was about to release a brand new Initial Coin Offering (ICO), giving early…

Well, maybe not. Those are more high-level discussions. Looks like you’re talking about a more personal discussion. Carry on!

I’ve read the entire other thread about it, and still have not a clue how it all works.
From what I’ve read, it sounds a lot more complicated than just having my employer deposit my check in my account and drawing from there.

I’ve read the entire other thread about it, and still have not a clue how it all works.

I was interested in cryptography for a while when I was young, and this thread title caught my eye. I’ll… just see myself out.

Lots of folks still falling for pyramid schemes by the looks of it then. Some things never change. Every generation apparently must go through this phase.

So… when do the next generation GPUs drop? 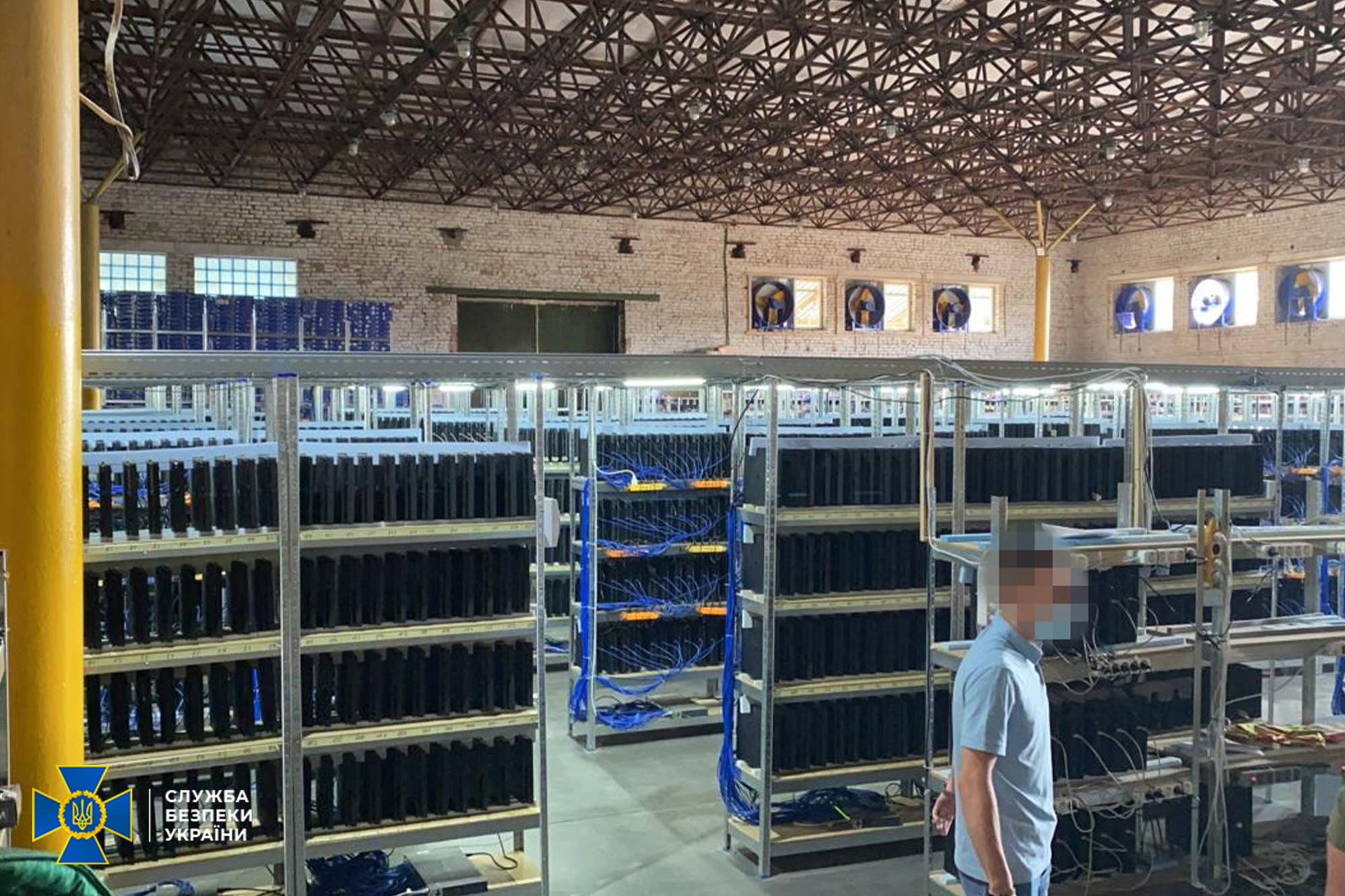 I debated internally whether to post this in a 15 year old World of Warcraft thread, the Blizzard is evil thread, the drilling holes in a LED monitor thread, or the “somehow I bought cryptocurrency” thread. In the end I just picked at random, and came up with this thread that I had never noticed existed, but search found it just fine.

Anyway, turns out Blizzard is responsible for Ethereum.

I flew with sitting next to a landman in an internal Texas flight. After a long while we finally got talking and I couldn’t get him to shut up.

Apparently though his son is an “influencer” who held a conference in Houston with some “MIT” brain guy whose purpose is to lure crypto miners being kicked out of China into the oilfield and have them running mining operations off of gas wells and casinghead
gas, and apparently already had several clients running crypto farms in Oklahoma. He shows me pictures.

Yep, it’s a modern gold rush where the gold doesn’t exist and yet is mystically perceived to have value, scam artists and flim-flammers galore.

This is why China banning crypto isn’t doing shit. Every other country is going to whore themselves out to those miners.

“When even the homeless are giving you crypto advice, it’s time to fold.” 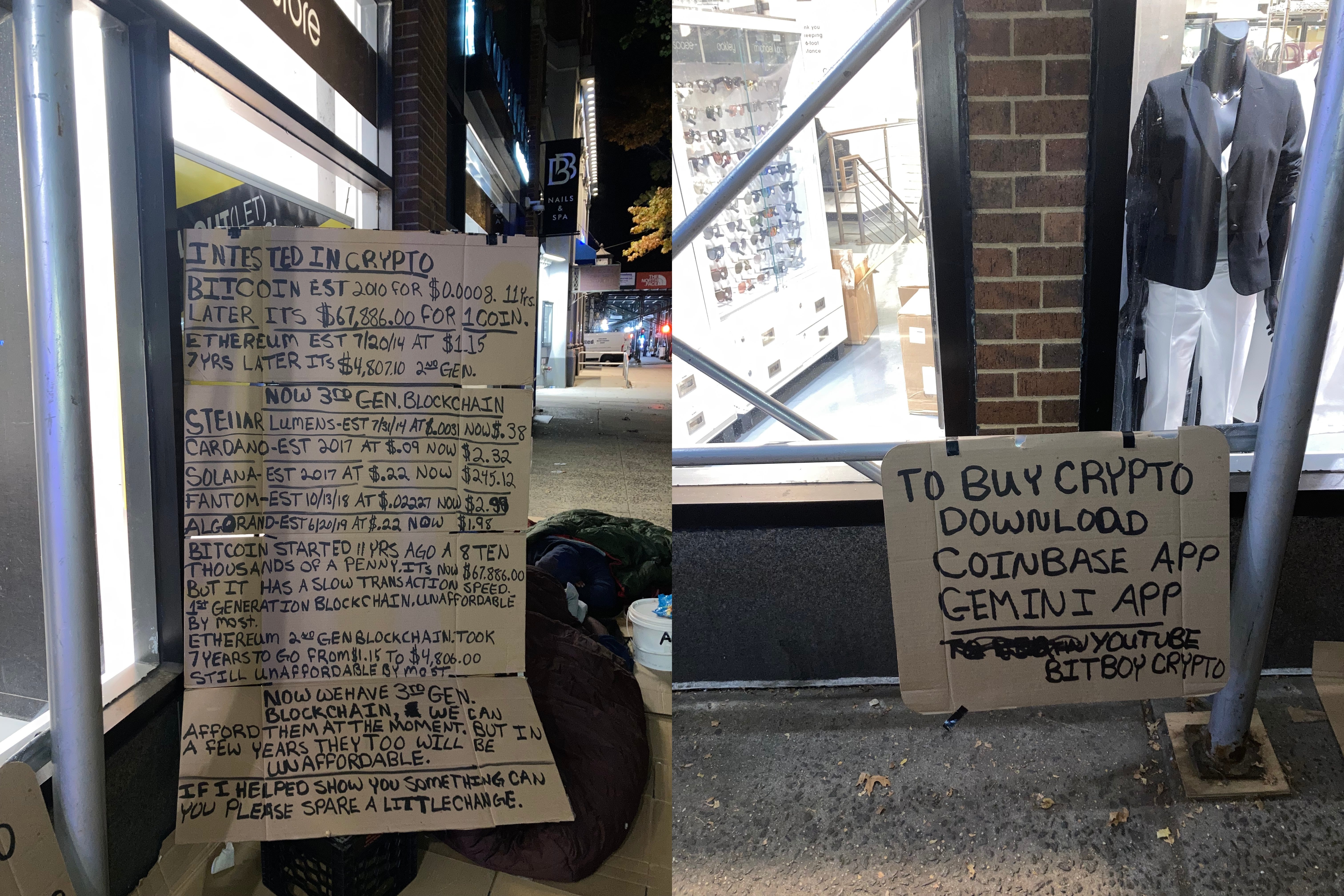 So what do you guys think about CBDCs?

That they’re still universal currency, but I don’t get what the point is, regardless of implementation. I used to think it would be bad, because it would allow negative savings rates, but there’s plenty of ways to skin the savers without it, and too much would be a quagmire, so I don’t really think of them at all. It’s all a distraction, either governments priviledge finance and capital and let them rule the lives of everyone else, or they don’t. Pretending decentralization can prevent concentration and accumulation, and thus economic power, is a ridiculous notion.

That’s the first time I ever TL;DR’ed a homeless person’s sign.