Yeah, I think Skyrim legacy as a mod left a lot of issues for the game. Like an obligatory action level and first-person view. This game would probably be as effective, if not better if it was made as a top-down view game with much simpler graphics and not try to voice act everything. Would also not take as much time to make probably.

Roman setting is barely used at all in games

The game has a funny thing in that a pair of character shout you to not steal anything when they see you go to their private rooms… except in this world no one can steal anything, so what’s the point of the line!

I stole SO Much stuff in that game. I was stealing everything all the time.

press f5 to save, just in case, and then try!

It’s not stealing if you need it. 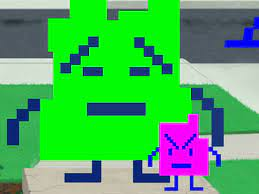 He isn’t doing anything… :/

Edit: I like how true to the age is the game, you literally avoid a divine curse by turning off the lights so you can’t be seen
Lol

Watched someone stream this, they played for hours and never broke the golden rule. In my playthrough, I shot Galerius in the head the moment I arrived.

How could you not start as an archaeologist? Inconceivable.

Being archaeologists allows you to know about blue carrots. But, apparently, not about who the Sisyphus is or who could carve a fish symbol in a place of worship.

I know the game doesn’t want anyone to be left out but it’s funny how people say you look foreign so let me explain basic stuff to you.

The game’s writing puts itself in weird situations, like it trips with itself, all by its own.

Like, the characters are the typical npcs that stand there to give you a side quest or let themselves be interrogated by you with the same 4 questions you ask everyone. When realistically, it should be the other way around, they should be asking ABOUT YOU.
You see, the entire premise is about a group of mere 20 people living together because they are trapped in this weird mountain cave under this weird divine curse, they are closed off the world, under these circumstances a new person appearing there should be the novelty of the last three months, they should be doing a general meeting and interrogating you. But they don’t do anything special, a few of them comment your weird accent and clothes, that’s it.

And with the time loop structure, they created another problem in the writing, in how the introductions would be super repetitive every time you meet someone for the first time. They solve it by allowing you to directly go to the crux of the matter, this makes an almost comical situation where the npc comment how weird you are or how strange is that you know already X o Y… but they roll with it. Because the gameplay would suffer if they would react realisticaly to your ravings.

I think they cleverly highlight and solve this issue with Galerius, you’ll know what I mean if you are close to the end.

I also think they handwave it just fine with everyone assuming you come from some far-away barbaric and probably boring place. It’s true that the game brought it on itself and sometimes it feels like it was written by different people compared to the original mod. That mod had a very similar structure and story beats, but it was in Skyrim so there was never a problem of you being an outsider.

I finished Ending 4. And yeah, I’m not going to put this game on my top 5 of the year…
(final ending spoilers)

the twist of ancient gods as aliens. Super typical, but ok… what I dislike is how the game doesn’t acknowledge you are a person of the modern world, somehow there is no option to say to him ‘stop with the Gods bullshit, I know what aliens are FFS’. I wanted to ask from what star they are, not about his thoughts on the stupid golden rule. It’s a small silly thing but it made me dislike the whole scene somwhat.

In any case I thought this good ending was TOO GOOD, I was rolling my eyes off with the museum scene, where all the trapped people appear and they have adapted to the modern life without an issue!, and all goes great to everybody!, and they invite you to weddings!, and the bad guys happen to be the ones who have done badly and no one else! (one dead, one in the psych ward, one alcoholic and poor, and Sentius is turned into a gold statue ). And then the final scene with the bigger crowd clapping at you…

Oh wait, so you didn’t get the secret ending?

But more seriously, I hated the schmaltzy ending 4 to the extent that it tainted the rest of the game. These people would be completely unable to function in a modern society, so the game was asking me to suspend my disbelief for no reason at all. The only good part was how the details were reactive to what you actually did during the final loop.

This one was especially weird to me! The game enacts karmic punishments on its “evil” characters, immediately after the player has argued with god that it’s immoral to do exactly that. The ending even railroads your character into participating, by giving ruinous business advice to the one surviving bad character.

As weird as that was, and as goofy as the epilogue got, I did enjoy the game suddenly aping the look and feel of Stargate with absolutely no foreshadowing. This is a game that takes place in a Roman village that can end with you blasting a space god with glock!

The final ending was too saccharine, true. But it didn’t take from my enjoyment of the game. I occasionally had issues when I wanted to tell NPC something but couldn’t, but not in the ending scene.

And I don’t know what would questions about stars give you.