The Lord of the Rings, an Amazon joint

I’m glad I’m not the only one. There’s so much there in the way she says it.

I just came back from the theater where I watched 2 hours of Margo Robbie and Anya Taylor-Joy, does that count?

Oddly enough House of Dragons isn’t particularly sexy, given its pedigree. It does have lots of dragon fire. That’s hot.

My understanding is that you and I are not the right demographic for what HotD is serving up in terms of pulchritude. The show’s female characters are strong and dramatic and the hotness is (allegedly) being carried by the male cast. Apparently there’s an internet meme that Matt Smith is the internet’s boyfriend and there are also apparently viewers who are partial to Ser Criston (I gather there’s some “smoldering intensity” involved) and Aemond Targaryen (presumably he’s the bad boy type).

Actually for Tom’s purposes I believe the “hot” (or at least attention-commanding) thing he would find in HotD is Paddy Considine’s performance which is IMO truly outstanding. The cast is quite strong overall but Considine just knocked it out of the park. I actually think it might be worth Tom’s while to watch House of the Dragon just for that performance (plus there’s a ton of other great work in there as well, Matt Smith and Emma D’Arcy in particular.)

It’s not why I went to see Amsterdam, but it sure didn’t hurt either. ;)

My understanding is that you and I are not the right demographic for what HotD is serving up in terms of pulchritude.

I think the characters are all fairly attractive; all of the Valaryon tribe are unreservedly beautiful; Emma D’Arcy has that quirky way they hold their mouth to the side, and that raspy voice; and it goes without saying that Olivia Cooke is gorgeous.

It is perhaps telling, and fits very well with the shows’ themes that I hetero man don’t sense any sex appeal from these strong, driven women, while the internet attracted-to-men hordes fall all over themselves for the rascals.

Actually for Tom’s purposes I believe the “hot” (or at least attention-commanding) thing he would find in HotD is Paddy Considine’s performance which is IMO truly outstanding.

I love Considine. His performance in The Third Day is a big part of what made that show so watchable. And he does yeoman’s work in HoD, but I really think D’Arcy is the star. They are captivating and magnetic in every scene. (Eve Best is nearly as good.)

Oh, and … uh… to make this topical, where are the dragons in the Rings of Power?

Definitely sexy, but they don’t say it in the show itself, just in ancillary material.

When season 2 returns, I’ll be around to watch it. I’m interested enough in at least some of the threads and characters to see where they are going. The second half of the first season didn’t exactly help it though.

Most of the cast. Thought most people fit the role they were picked for, and particularly enjoyed Lenny Henry’s Sadoc, Nori’s parents, Adar, Meteor Man, the younger Durin and Disa. Isildur felt a bit bland, but maybe he gets to shine a bit more next season.

The bromance vibes between Elrond and During were the emotional core of the first season for me. I found the mithril plot as nonsensical as most, but I did enjoy the warmth the two characters provided. Not really sure what to make of the showrunners teasing the Balrog at this point.

I found the Sauron plot unnecessary. Instead of the whole “He was around all along!” element I would have been fine if it’s a different character who is not present until the final episode of the season or even later. But maybe that’s just me as I also would have been fine if no rings are actually forged before season 2. That said, some bullshittery aside, the hints at Halbrand’s identity had been in been in place, and I thought by the end of episode 7 it was clear that it would be him. Wish they had not gone for the Meteor Man curveball with the cold fire because, of course, no proper explanation was given later as to why that was. It’s where I understand Sharpe’s frustrations because a good red herring needs to earn its place.

I’m somewhat surprised by the pacing. I was completely fine with how things moved forward during the first two thirds, but totally expected that part in which Sauron arrives at Celebrimbor’s place and gradually worms his way in to guide the forging of the rings before he’s found out would spread across 2-3 episodes rather than 30 minutes. Celebrimbor got rather sidelined so far. His craft is something we’ve been told about, but haven’t really seen. There were two main obstacles in this episode, and both were resolved by Sauron directly telling him about how he needs to approach this.

Thought this Polygon article nailed some of the other bit I wasn’t particularly fond of in this season. 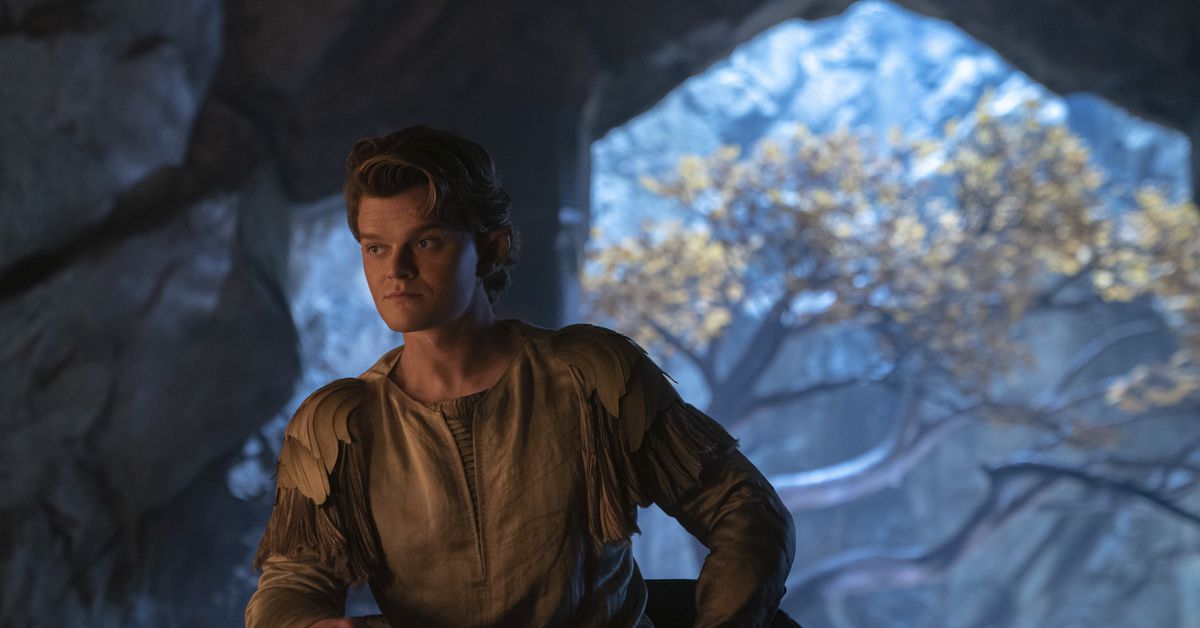 Secrets, secrets are no fun, so Rings of Power tell us some

There’s actually a thing I’m looking forward to in season 2: Rhun. It’s not that much covered in lore, and not in the movies at all. So, I’d hope for some new sights here since it’s less established ground.

I’m actually disappointed they didn’t draw out Who is Sauron plot to the end of Season 2 b cause it felt like a much more potentially nuanced Tolkien about a Sauron who might have been redeemable at some point but still went astray. In fact the last episode is paced extremely strangely, and Galadriel’s behavior at the end (something like embarrassment?) uncharacteristic for her. I also don’t like the Midichlorian like explanations for the magic rings they decided on, or really the whole ring forging thing at all - they don’t even look like magic rings but costume jewelry, imo.

Galadriel struck me as being aware that what she was doing was wrong, but that she was taking the hit for not ratting out Sauron in order to get the rings that might give her folks a chance. Or something like that. It would kind of fit into her later musings on the temptation of the one ring and all.

Yes: it was not lost on me that Sauron’s line in episode 8 was Galadriel’s, verbatim, from Fellowship of the Ring. 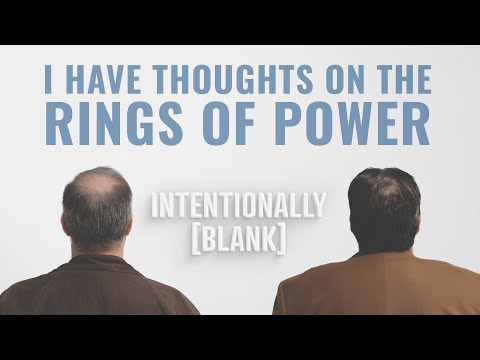