The Return of Gateway - Wal-Mart and Acer making happy cows

/PRNewswire/ -- Gateway, the beloved cow-spotted PC brand is back exclusively at Walmart. The new line of Gateway-branded laptops and tablets combine style,...

The laptops don’t look like cows, am I supposed to keep that cardboard box forever?

This is a licensing deal only. Acer is involved strictly as a licensor.

If the laptops are actually painted like cows, tech nerds’ heads will explode.

This made me miss the real Gateway. In the early days they built some quality computers. I still have fond memories of my first PC from them being delivered and seeing those black and white boxes sitting there.

Then they started opening up stores, got too big and went to hell. And then I guess Dell killed them?

So are they rebranded lenovos or lower quality stuff?

Loved their branding back in the day. Great wallpapers. 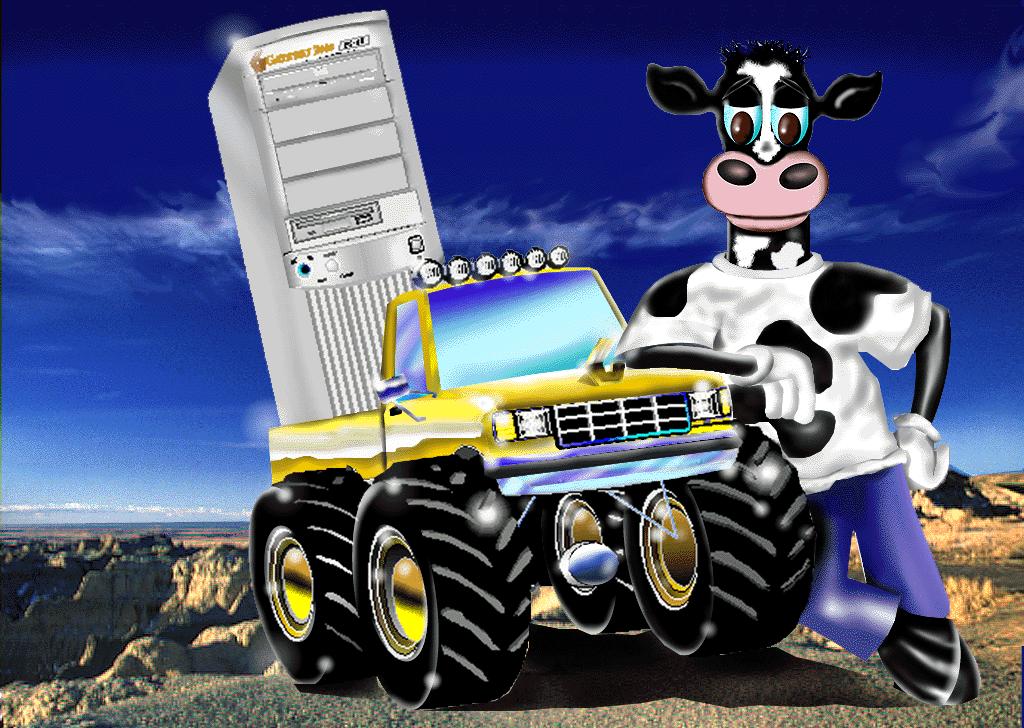 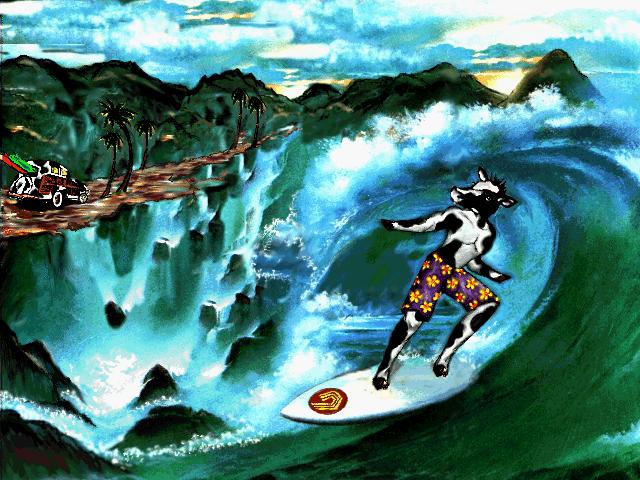 These aren’t Acer laptops according to Ars Technica, but EVOO. A Chinese company. Acer confirmed with Ars they are not involved in the manufacturing.

We found out who makes Walmart’s new Gateway laptops, and it’s bad news

We'll give you three guesses, and one hint: Extra Virgin Olive Oil.

These aren’t Acer laptops according to Ars Technica, but EVOO. A Chinese company. Acer confirmed with Ars they are not involved in the manufacturing.

Yeah, that’s what I said upthread.

Opps, about that, I had read the thread, but forgot you posted that.

Loved their branding back in the day. Great wallpapers.

I think you misspelled “disgusting”.

You got a beef with beef, bro?

I was over in Berlin, working on a USAF base in the city, in 1988-90. I ordered what was then a high-end PC from Gateway, using an ad in Computer Shopper, that magnificently bloated tome of wonder that was the gateway to computing splendor before the web became a thing. I distinctly recall the thrill when a colleague called me from the base post office at Templehof to let me know the thing was there–he just said “Moo!” and I knew.

Of course, the hard drive had died during shipping and I had to send the whole damn thing back and wait for a new one, but that’s another story.

Ah memories! I was super-excited when I bought a Gateway 486DX/33 back in the day. Those were (relatively) expensive and really big. But they were also super cheap and built like absolute shit compared to the Compaq Deskpro pentium machine that we bought later. Had to take a bank loan for that thing. Spent around $1400 to get 80mb of ram too.

Oh yeah. I even remember buying DRAM SIMMs in a tube to install on a RAM card for an IBM PC. Banks of 8 or 9, depending on whether you had error checking or not. Or something like that.

I ordered what was then a high-end PC from Gateway, using an ad in Computer Shopper, that magnificently bloated tome of wonder that was the gateway to computing splendor before the web became a thing.

God I miss Computer Shopper. Dad and I pored over the grey ads at the back of the book for months in preparation for Xmas of 96 when I got my first modern PC, cuz all the fancy companies up front were just too expensive. ~166mhz Cyrix processor, 8MB of RAM, 2.5GB HDD. . . shit was cash money. A few months later, after seeing the PC assembled and running at Xmas with the family down in Louisiana, dad’s sister Angie wanted one of her own, so we got to go back through it all over again. She really blew out the bank and got my jackass cousin Justin a Pentium 180mhz and a 4GB hard drive and I remember hating him so much.

But then ~20 years later he went to jail for aiding and abetting a murder after getting hooked on meth, losing his wife and daughter to divorce, and ruining his entire life by helping his buddy hide the body of a girl the friend killed in my cousin’s house while he was napping, and I’m sitting here on my sick ass gaming rig while my gf naps in the bedroom and I don’t even know where I could even get some meth, so I guess I win, right?

Give me Packard Bell or give me death

Gandhi put it best with his famous quote “Living well is the best revenge.”