Take it with a grain of salt, but Microsoft is maybe looking to make another “Bethesda sized” purchase.

A credible rumor claims Microsoft is planning on buying out another big-name video game developer similar to Bethesda this year.

Maybe they should buy DONTNOD before the Chinese do. They probably should pick up some franchise that pulls Playstation / Nintendo gamers. They need to branch out beyond the Halo set, like Capcom or Square.

I hope they buy ActivisionBlizzard.

If true, I wonder who would fit the bill? The first two that come to mind are Sega or Capcom, but the latter seems to be doing rather well these days.

Pffft. Announcement in 2022 according to the rumor? Let’s speculate later this year then. It’s way too soon.

Meh. Game Rant and the whole -Rant network are clickbaity rags that have figured out the SEO sauce to get prime placement on Google Discover. I’m sure there’s some truth in Microsoft looking to add to their publisher stable, though.

In potentially related rumors, Microsoft has been strongly rumored to be working on another Bethesda sized acquisition. MS buying Sega rumors have been around since the OG Xbox days I think.

They also divested their physical arcade business recently, which may lend credence to buyout speculation. 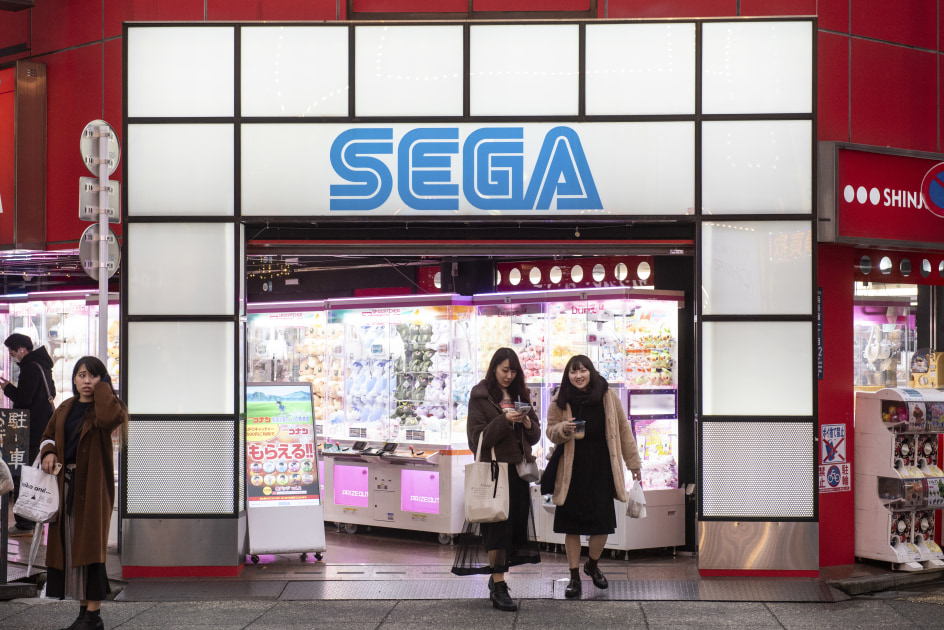 Sega sells its arcade business due to the COVID-19 pandemic

Sega has sold its arcade business to amusement company Genda after the COVID-19 pandemic led to steep losses.

Sega would be a nice pickup for them, catalog-wise. I fear it would lead to the end of Atlus - maybe the worldwide success of Persona 5 would be enough to keep them afloat but a JRPG house tied exclusively to a platform that is an afterthought in Japan wouldn’t bode well for Atlus.

New Schreier piece over at BB on Amazon Game Studios and their struggle to get anything off the ground.

Mike Frazzini had never made a video game when he helped start Amazon Game Studios. Eight years later, he has released two duds, withdrew both from stores after a torrent of negative reactions and canceled many more. For a company that dominates countless areas of retail, consumer electronics and enterprise computing, the multiple failures in gaming show one realm that may be impervious to Amazon.com Inc.’s distinctive business philosophy. It tried to make games the Amazon way, instead of simply making games people would want to play.

Frazzini recruited some of the top names in the video game industry, including creators of the critically acclaimed franchises EverQuest and Portal , as well as executives from Electronic Arts Inc. and other big publishers.

Then, according to numerous current and former employees of Frazzini’s game studios, he ignored much of their advice. He frequently told staff that every Amazon game needed to be a “billion-dollar franchise” and then understaffed the projects, they say. Instead of using industry-standard development tools, Frazzini insisted Amazon build its own, which might have saved the company money if the software ever worked properly. Executives under Frazzini initially rejected charges that New World , an Amazon game that would ask players to colonize a mythical land and murder inhabitants who bear a striking resemblance to Native Americans, was racist. They relented after Amazon hired a tribal consultant who found that the portrayal was indeed offensive, say two people who worked on the project.

My partner bought me this and it arrived some twenty minutes ago.

The production quality is too notch and it looks like there isn’t too much in the box, so should be quick to set up and take down.

Quick perusal of the rules says there are a minimum of 5 rounds, and 5 phases per round…

just for kicks, me posing with Evolution: 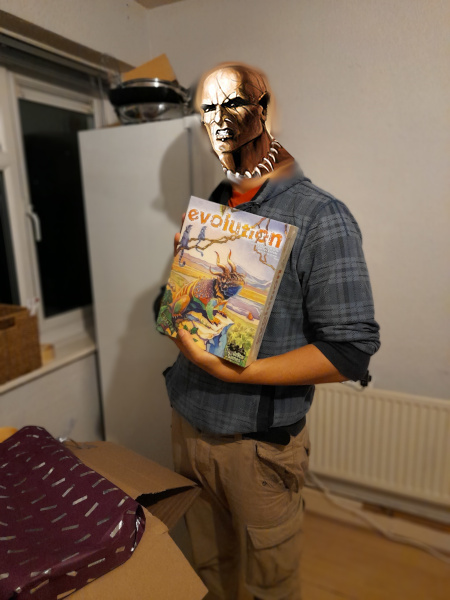 I’m not in favor of evolution either. I prefer the pure, old, Neanderthal way.

I wonder how long before Randy gets the boot given his track record of minor-to-moderate scandals.

Borderlands studio gets scooped up in deal worth up to $1.37 billion

Randy Pitchford will stay on atop Gearbox under Swedish conglomerate Embracer.

I would imagine Randy will stay on as long as the purchase agreement says he has to, then he’ll take his fuck-you money and go do Randy things somewhere else.

My first instinct on that value is to say: Wait, Gearbox is worth about half the price of Bethesda? That doesn’t sound right. Isn’t Gearbox much smaller than that?

$1.37 billion is ~18% of that, so one-fifth the size. It still sounds like a lot to me, but Borderlands has done well for them.

D’oh! You’re right, of course. I had the 2.5 billion stuck in my head from when Microsoft bought Mojang.

This purchase is around what EA is paying to acquire Codemasters, so you’re right, it sounds about right.

$1.37 billion is ~18% of that, so one-fifth the size. It still sounds like a lot to me, but Borderlands has done well for them.

And the bulk of the Gearbox purchase is based on earn out.

That still boggles my mind, it’s a staggering amount of cash. They could fund one, maybe two Star Citizens with that.

Probably just one. Having a bigger budget would just increase the scope of Star Citizen, no matter how big the budget is.