Yep, still in, but I guess I’ll be forced to get my Epic Store on. That exclusivity does mean I’ll be waiting on early reviews though. On Steam, I might’ve just gone Day One. 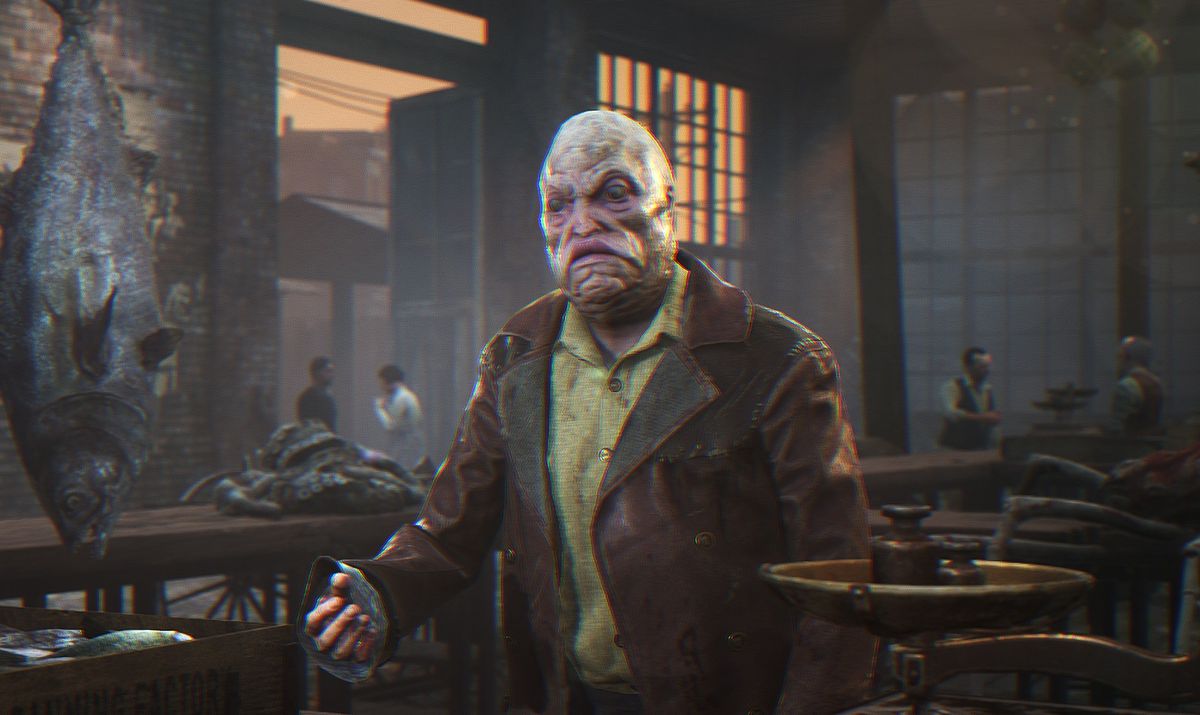 The Sinking City is the Lovecraft meets Sherlock fan fiction I didn't know I...

Weird, warped, and wetter than an otter's pocket.

Not a good day for the developers, they did a 2 day early release for people who pre-ordered on the EPIC store. I guess this is already out for PS4 and XBOX? Anyway posts of people complaining are starting to show up on the STEAM forums as usual, when anything happens with timed exclusives. Along with facebook complaints.

The Sinking City - The Sinking City is an adventure and investigation game set in an open world inspired by the universe of H.P. Lovecraft, the master of Horror. The half-submerged city of Oakmont is gripped by supernatural forces. You're a private... 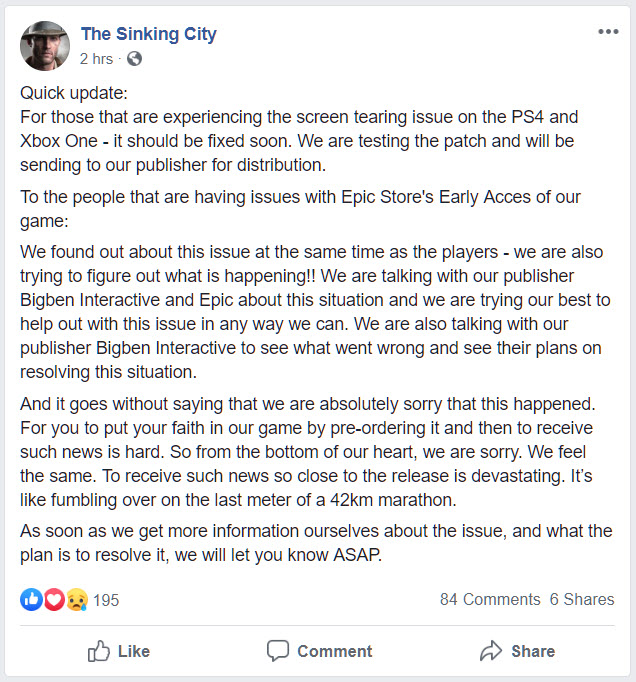 @triggercut , are you able to play the game?

also this looks like it will be coming to the Switch!

Sweet baby cthulhu , it looks like INFLUENCERS have already completed the game and endings are showing up on youtube. The internets are dark and full of spoilers.

And the launch trailer is up:

r/Games - AMA: We are Frogwares - the developers of The Sinking City. Ask Us...

The EGS launch issues have been resolved.

The AMA pegs the game length at 30-40 hours. But long for what I can generally invest in a game these days. But that’s also a lot of Lovecraftian investigation.

I’m definitely still tempted. Probably on console as exploration is quite a bit more fun on the big screen.

Of note to those of us with a PS4 Pro or One X, there are no enhanced versions for those consoles due to team size and budget constraints. 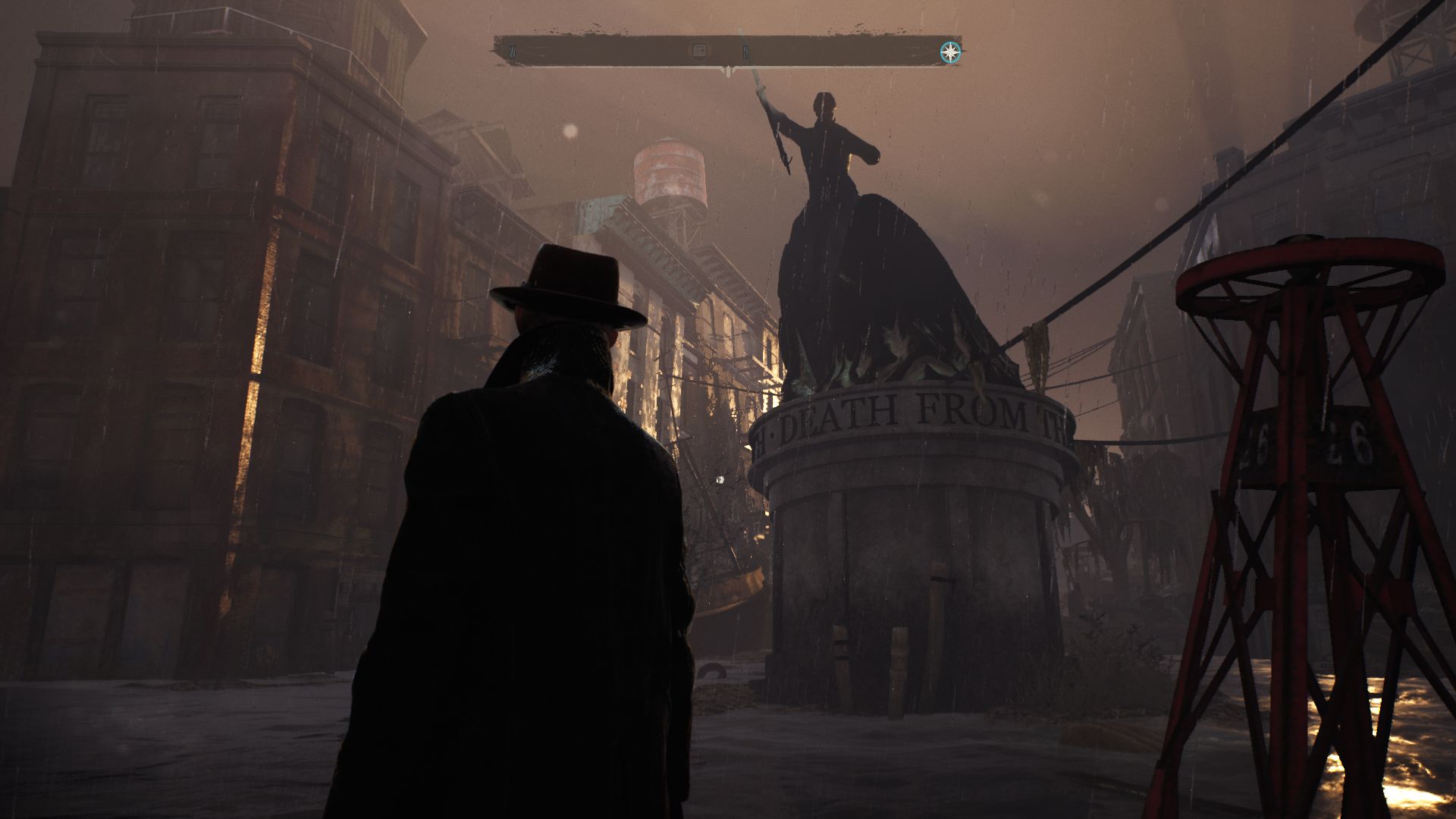 Wot I Think: The Sinking City

Developer: Frogwares Publisher: Bigben Interactive Release: June 27th 2019 On: Windows From: Epic Game Store, Steam (2020) For: £48, $60, €49 There are many types of rain. As we speak, the south of England is blessing us by alternating sunshine with...

The cinematic trailers for this were really interesting, but they seem not to be representative of the actual gameplay experience at all (I know!).

The Sinking City also isn’t scary. It’s not even mildly creepy. I think a Cthulhu game should be at least a bit scary, and you can’t just add a few flickering lights and a bit of fog. Giving madness a measurable form by tracking it through a bar that reduces whenever you look at something a bit disgusting isn’t scary, and it’s even less scary when all madness means is a few flickering images superimposed onto the screen for a second, followed by monsters that appear out of nowhere to take an inch off your health.

Wow, I had kinda high hopes for this one, given how Frogwares has grown as a creative studio (not that all their games aren’t still always a little flawed). Seemed like they were taking a big swing with their tentacle-bat.

I wonder how this compares to the other CoC game that came out recently. I mean, if I wanted to play a disappointing Lovecraft game, which of them is the least shitty?

I haven’t played this, but I can tell you that Call of Cthulhu from Cyanide was terrible in all the wrong ways.

As a contrast, while ACG has issues with the way the world is put together, technical glitches and clutter, he enjoyed the no hand holding investigation and way they play with PC and NPC sanity:

r/Games - AMA: We are Frogwares - the developers of The Sinking City. Ask Us...

No ETA on when the patch will be available to downlaod - once we create the patch, it’s up to the gods to release it to everyone. However the issue itself was quick to fix. Patching is tricky as we’ve never done it with UE4.

About PS4 Pro i have to be honest with you - we just don’t have time to pay more attention to it. There were consoles, then PC version, then Switch and now the next project - and there is so few of us when you think about the scope of work. This pertains to XBox One S (note: they mean One X) too.

If this is the same studio that made Sherlock Holmes: Crimes & Punishments, I think I’d enjoy it.

I’d like to see what Chinese Room or Frictional could do with a well funded stab at a Call of Cthulhu adaptation. No more Innsmouth, thanks.

With the dozens of stories to pick up, I don’t know why every damn video game adaptation (and even films) take Innsmouth / Dagon.

Whew , well this sure looks disappointing.

Ugh the combat… Worst game he ever liked!

Whew , well this sure looks disappointing.

Ugh the combat… Worst game he ever liked!

Its a good vid though, I admit to being intrigued.

Tom streamed an hour of this earlier this week.

I believe he uninstalled it shortly after logging off the stream.