The thread of ''Let's Play'' recommendations

I just found a pretty amusing one that’s been out for about a year. Sips. He tends to swear more than necessary, which doesn’t bother me at all, but this should be mentioned. Otherwise, he’s pretty intelligent and articulate, and funny.

I’m a full-on LP vid addict. Here are a few channels I enjoy. First, I’d recommend shenryyr2’s channel. https://www.youtube.com/user/shenryyr2 He plays a lot of Paradox and other strat games. He’s smart (I’ve learned much from watching) and pretty funny / entertaining. And I second Granath’s recommendation of Quill18 for similar reasons. I have a bit of a love / hate thing with Arumba and Pewpewchewchew (both mentioned upthread). They’re both game-savvy and smart, but woefully ignorant at times about the history / geography / politics of the games they’re playing. (I get the feeling they’re both pretty young). They’re worth checking out, but expect to cringe from time to time. Finally, for strategy gaming, I’d also recommend checking out attilagamingnetwork, nothernlion, vulcanHDgamer, malikithskadi, lionheartx10 and saucynetwork.

For Arma vids, besides the amazing Dslyecxi mentioned above, a lot of his Shack Tactical comrades (JuiceJive, ChrisJSY, Taconic) put out good Arma content as well. You can even see alternate point of view perspectives from the same battles, which is kind of intriguing. Also, Jester814’s Arma videos are well-produced and fun. He’s more serious / self-serious than Dslyecxi, and he “role plays” a little too much (his excited shouts when he spots enemies can be amusing), but he’s worth checking out if you play Arma.

I could go on into some other good stuff that’s very specialized (i.e. Beaglerush’s fascinating XCOM Long war mod vids), but maybe I’ll leave off here.

Hope you enjoy these.

Lots of good recs. I’ll add my 2 cents worth.

One of the first guys I subbed to was northernlion. He’s got an easygoing manner and a cute little Canadian accent. He plays a ton of Binding of Isaac, but I mostly watch his Darkest Dungeon, Offworld Trading Company, EU IV and random Let’s Plays (his playthrough of Frozen Cortex was the first one I saw). Weirdly enough, I also enjoyed watching him play a few games of Geoguessr.

From seeing NL play some multiplayer matches, I found quill18 and Arumba both of whom I’m subscribed to. Quill plays a lot of games, and he put up a ton of early videos on Cities:Skylines the week before launch. I also watched a number of Rimworld videos he made to see what that game was all about. He’s got a good measured pace when playing, and he tries to explain his thought processes when he’s doing stuff, which I appreciate. I’ve been watching Arumba’s EU IV videos; he’s taken a number of interesting ideas and is playing through them (one of them, his ‘uber russia’ game, created a Jewish Russian country that picked all sorts of defensive abilities and extra attrition for enemy armies, so he fights wars by declaring them and then hiding up in the north of his country, while the enemy gets devastated by the Russain winters. It’s really entertaining). He’s also got a series on trading nation in EU IV. While sometimes he plays really fast (I seem to always have to stop the videos to see what he’s doing, he mouses over stuff so quickly), he does seem to have a really thorough understanding of EU IV, so I feel like I’ve been learning a lot watching him.

One interesting series is that northernlion, quill18, Arumba, and mathis played a 4-player EU IV game and each of them has uploaded a video from their perspective. It’s been fun to watch and re-watch the same video from different perspectives to see what’s going on from each player’s perspective.

I also love watching Let’s Plays of horror games or shooters. I usually don’t play those myself but for some reason I enjoy watching others play them. Sort of like you’d watch a buddy play. One favorite is Cryaotic. I first watched his Let’s Play of Silent Hill 2. I love his sense of humor and sensibility when playing. I watched his entire Let’s Play of Bioshock Infinite and found his commentary engaging. He seems to specialize in horror game playthroughs.

There’s a couple of “big time” reviewers I am subscribed to. These guys each have a specific persona, and you either like it (or tolerate it) or hate it. It’s ok either way. They review many new releases, and most people know them. They are Angry Joe, Total Biscuit and Jim Sterling. I probably like Sterling the best. He has a weekly (10 minute or so) show. In addition, he puts up a ton of 30 to 45 minute playthroughs of Steam games I’d never heard of and it’s interesting to see such a variety. He also plays Steam Greenlight trailers (the 1 to 3 minute ones) for lots of titles, with some wry British commentary.

Finally, there are some guys who don’t post much, but what they do post I find really interesting. Not game playthroughs, but more commentary on gaming or game design and the like. They are MrBTongue and Errant Signal. I find their videos stimulating.

Finally, there are some guys who don’t post much, but what they do post I find really interesting. Not game playthroughs, but more commentary on gaming or game design and the like. They are MrBTongue and Errant Signal. I find their videos stimulating.

I second these two recommendations although they are strictly not Let’s Play’s they sure produce great gaming vids. Some other channels with in depth game analysis I can recommend are Matthewmatosis, Super Bunnyhop, Matt Lees and Sunder.

Sips tackles Fallout. Keep in mind that this is not a Generation X player. I’m pretty sure he’s a Millennial. His reaction upon leaving the Vault is priceless: “I think computer games back then were more targeted at, like, uh, older people, because personal computers were a lot more expensive back then as well…All right, here we are, how do I do stuff? Oh my God, cancel. Okay. Uh. Oh my god, look at this. What do I do? How do I do things? Oh. No. I don’t. No. Cave rat. How do I do things?”

I know I keep mentioning this guy, Sips, but I’ve really warmed up to his style. The atmosphere he provides for a game play session isn’t like anything I’ve watched before. Before this, my Let’s Play experience has been 95% about finding specific pieces of information I needed, and not about entertainment. But this guy comes in with an intelligent, casual, everyman perspective without a ton of gaming experience and no spoilery knowledge whatsoever about the games. Furthermore he role-plays in a fun, quirky and casual way.

Favorite series so far is Skyrim (May 5 - December 12, 2013) which lends itself well to this format because it’s so huge and open-ended and has so much comedy, both intended and unintended, built into it. I’ve had nearly as much fun watching it as I have playing the game. Introduction, Part 1, Part 2, Part 3…it goes up to at least 100. Some tidbits:

[ul]
[li]He has just lost Maurice as a second companion (see the previous episode in which Maurice became a serious nuisance), and ventures into a random home only to antagonize the resident and cause an unexpected slaughter[/li][li]Upon returning to the College of Winterhold to deal with a major crisis, he ends up having to deal with a bit of awkwardness as he prepares to loot a body[/li][li]On his way to Riften, he encounters a troll and accidentally sets Uthgerd, Gertrude and a tree on fire[/li][li]On the road, he one-shots a moose[/li][li]Michael Stipe from REM delivers a message[/li][li]Who said you could use my tanning rack?[/li][li]Am I ready for a royal dragon rumble?[/li][/ul]

I apologize for the necro post. I’ve enjoyed many of the recommendations here and was wondering if anyone had any more recent ones to add.

I’m still looking for a channel that only does quick looks (no Let’s Plays at all) that isn’t Giant Bomb or TotalBiscuit. And isn’t annoying, of course.

I do a bit of both on my channel, but I try to spotlight indie games whenever possible.

Here’s one I watch quite a bit:

For PR inquiries, please ensure that the email address from the request matches the one you see on this page. - - - - - I get asked about PC specs on a regul...

He has a nice backlog too. He’s definitely calm and on the mature side of things and also is big into taking his time and exploring the game environment.

I really like Chris, too. He hooked me with his XCOM 2 series(es). He’s not a go to guy for top end performance, but you really get a great look at the games he’s playing – and he has a nice flair for getting you attached to his characters. 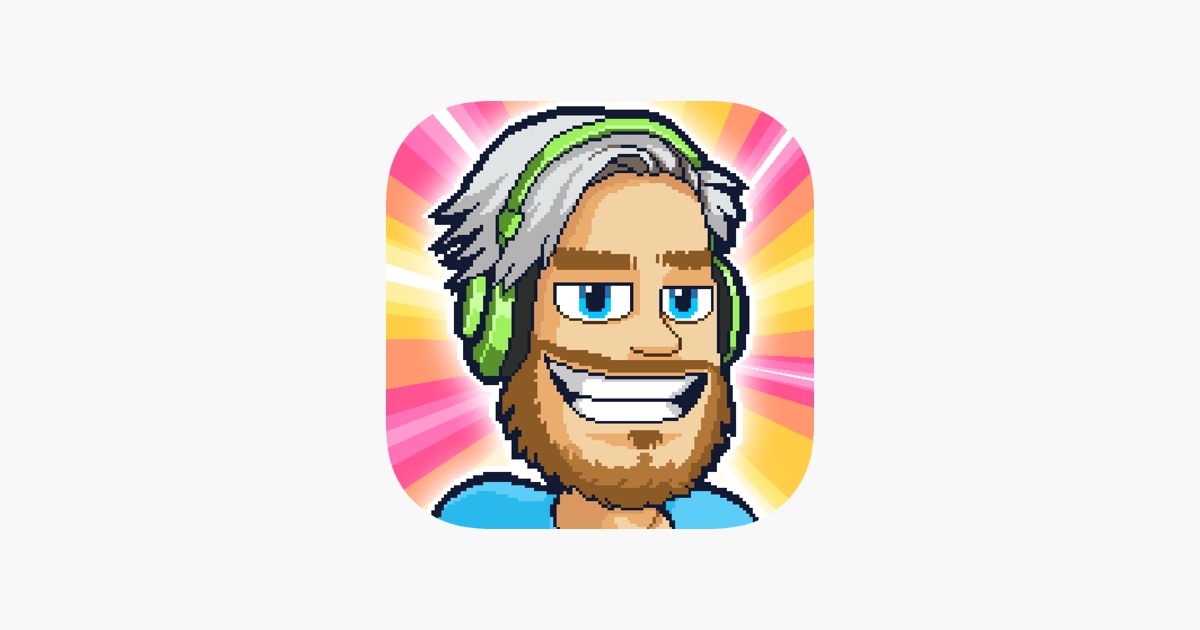 Follow in the footsteps of one of the biggest internet stars, PewDiePie, by creating your very own pocket Tuber in PewDiePie’s Tuber Simulator! Will you become the biggest, baddest Tuber ever in no time and kick PewDiePie out of his own throne?

Find out in this 2.5D isometric retro styled game!