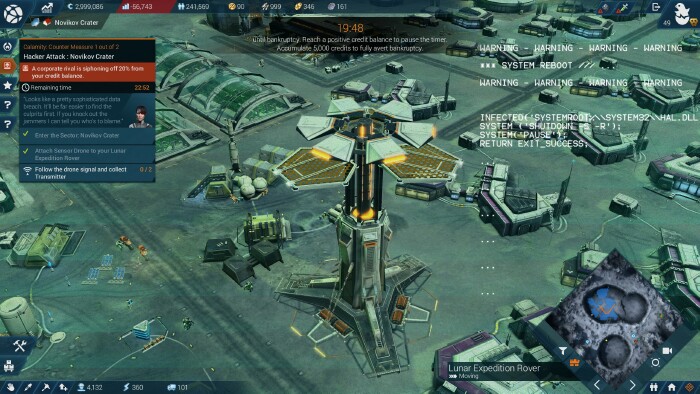 Your Halo 4 review was absurd.

On my first playthrough I missed the fact that shipments to and from the moon are crazy expensive and I was bleeding cash. I decided to keep playing and see how bad it would go... Well, nothing happened. I was losing over 2000 credits an hour, but then the game just gave me money. It was like Cities Skylines when they give you a loan if you screw up at the beginning- except Anno kept doing it. I played a good 2-3 hours just bleeding money, the game handing me a fat stack every 20 minutes or so. And then once I fixed my mistake I was drowning in cash. Money in the game literally does not matter. I don't play these games for a big challenge really, but it was surprising.

Rick Markuson is an absurd name.