The Trump Administration and Syria

Remember when Bush was accused of playing cowboy with foreign policy? Those were the days.

Photographs and videos posted on social media in recent days have shown convoys of U.S. troops, including Stryker armored vehicles and Humvees, heading through the northern Syrian countryside trailing big Stars and Stripes flags. They have taken up positions in the villages north and west of Manbij, where U.S.-allied Arab forces backed by Kurds have been fighting for more than a week with U.S.-allied Arab forces backed by Turkey, according to U.S. and local officials.

The public display, unusual for a small U.S. presence of mostly Special Operations troops officially numbering just 503, is deliberate, a Pentagon spokesman, Capt. Joe Davis, told reporters this week. “We want to have a visible show that we’re there,” he said, adding that the goal is to urge all parties to “stay focused on the common enemy, which is ISIS.”

Because that worked so well for Reagan in Beruit. 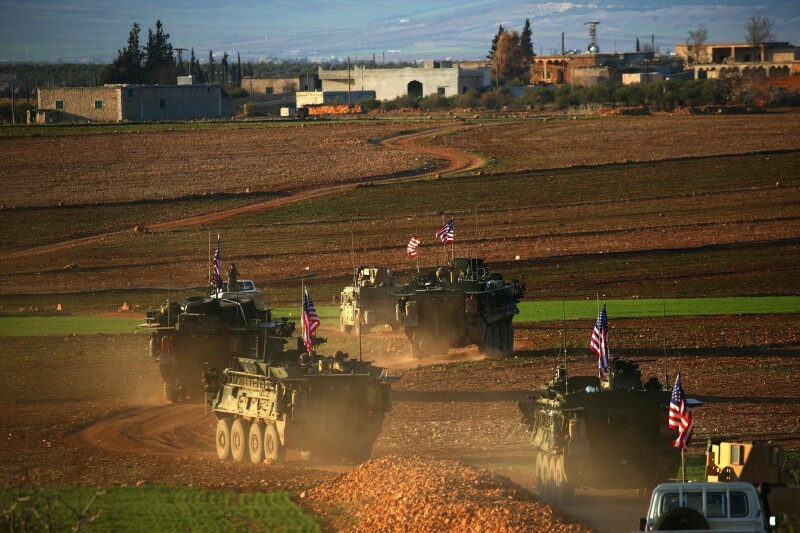 That just looks wrong on so many levels.

Pentagon spokesman Captain Joe Davis? They must really be washing their hands of this one if they couldn’t find at least a colonel to talk about it. At this point I wonder why anyone in the Pentagon or in the White House even cares what these splintered proxy groups do anymore.

According to this guy, who, who knows, may be involved with some nation’s armed forces while also being a guy on the internet: we are apparently in the thick of the scrum wearing our referee uniforms, staying within collateral damage range of the Kurds, trying to keep the Turks from “accidentally” attacking them. Importantly, our buddies in the Russian special forces are doing the same thing with some Syrian and Syrian-ish forces, playing human shield to make sure the Turks don’t fire too errantly. Because the Kurds and the Turks and the Russians and the Syrians and the U.S. are all trying to gang up on the Islamic State, and we don’t want our fraternal bonds threatened by fratricide. So don’t think of the flapping American flags on those Strykers as “hey, we’re here to kick ass and conquer” so much as “FFS, guys, teams!” They couldn’t exactly use Red Cross or United Nations flags.

Is this Trump’s idea? I don’t think he can keep track of a three-sided conflict, let alone a six-sided conflict. I guess I could imagine him saying something along the lines of “take out ISIS now, bomp bomp” and not thinking about consequences, entangling alliances, or nuances. That’s not playing cowboy, that’s shaking a plastic rattle.

That actually makes way more sense than some sort of “rah, rah!” directive from the Trump Administration. Besides, if he’d somehow decreed that US military will wave big-ass flags as they deploy, he probably would have crowed about it by now. But I still think it’s a bad idea to roll US troops into the middle of an international clusterfuck.

Still, that picture just feels so wrong. Like Crusaders riding into Jerusalem or something.

Still, that picture just feels so wrong. Like Crusaders rising in Jerusalem or something.

That’s not too far from the mindset of this government, I’m afraid.

Why? I mean, it’d be unfortunate, but I’m sure it’s the kind of thing that a skilled State department can… well, shit. You’re right.

The real problem is that Turkey’s aims for the Syria intervention have gone from toppling Assad and humiliating Iran to crushing the Kurds-- when previously crushing the Kurds was just a desirable side benefit. US and Turkish aims in Syria approach being diametrically opposed.

Yeah, this smacks of being the Pentagon and US Intelligence moving to counter any kind of “Hey, ISIS is on the ropes, let’s try to covertly take out some of the Kurds while nobody’s looking” maneuver from Turkish forces.

This very thing has been a huge concern of mine since Coalition forces started turning the tables on ISIS. The Kurdish Peshmerga fighters have been incredible throughout the conflict, and they have absorbed and trained many Yazidi people (nearly wiped out by a genocidal campaign by ISIS) including the Sun Brigade, the now famous women Yazidi freedom fighters. The Kurds are honestly hands down the strongest and most reliable allies we have in the region, and it scares the living crap out of me that the United States under Trump may very well abandon them in their most dire hour of need.

The U.S. is in a precarious position at best. They need Turkey as an ally for staging military operations in the region. Turkey is dead set against the Kurdish people getting any kind of homeland or recognition from the conflict with ISIS. But the U.S. also knows that if they abandon the Kurds like they did with the Afghans in the 80’s after the Soviets left the country, they’ll be setting the stage for yet another (and this time much stronger) group of former allies that would likely turn against us and be an even bigger threat than ISIS or any other group to date.

It’s going to be a very difficult and sensitive political and military situation in the region once victory is claimed. The kind of situation that will require the very best diplomats, coordinated efforts between Western countries to bring influence to bear, and the patience and understanding to try and make everyone involved happy. In other words, if it happens during the Trump Administration, we’re totally fucked.

I do have flashbacks to Beirut and the post-Israeli invasion Lebanese debacle, though. There, we tried to intervene without intervening, in the forlorn hope that we’d be seen as neutral. It’s not the same thing in Syria, of course, but we’ve never demonstrated much understanding of how foreign intervention actually plays out in this region.

What is the Trump Admin’s position on Assad?

What is the Trump Admin’s position on Assad?

What is Putin’s position on Assad?

Trump is laser focused on ISIS, to keep America safe.

So Assad has no worries as long as he and the Russians keep ISIS going.

Trump likes dictators. So long as they say nothing bad about him or try to stop him from licensing his brand in their country, he’s fine with them. And as for dictators supported by his pal at the Kremlin…

Yeah, this smacks of being the Pentagon and US Intelligence moving to counter any kind of “Hey, ISIS is on the ropes, let’s try to covertly take out some of the Kurds while nobody’s looking” maneuver from Turkish forces.

This very thing has been a huge concern of mine since Coalition forces started turning the tables on ISIS. The Kurdish Peshmerga fighters have been incredible throughout the conflict, and they have absorbed and trained many Yazidi people (nearly wiped out by a genocidal campaign by ISIS) including the Sun Brigade, the now famous women Yazidi freedom fighters. The Kurds are honestly hands down the strongest and most reliable allies we have in the region, and it scares the living crap out of me that the United States under Trump may very well abandon them in their most dire hour of need.

It’s a bit more complicated than that now (and confusing). If I understand it right Barzanis Syrian Kurdish militia (KDP Peshmerga Rojava) out of Erbil attacked YBS (Yazidi home guard) at Khansour last weekend causing another movement of Yazidi refugees fleeing violence. This is a regional struggle between Kurdish factions PKK and KDP and PKK trained the YBS fighters rather than any direct conflict with the Yazidi people.

Yazidi also face day to day discrimination from Kurds in non-Ezidi areas due to them not being Muslim but its not murderous.

Umm, just off the top of my head, and thinking purely in terms of factions with at least some known “boots on the ground”, I came up with:

Plus, various Gulf States are sending anti-tank missiles to all sorts of fun groups! The Trump administration says its January 29 raid in Yemen was a huge success. But eyewitness accounts contradict the White House’s version of events. 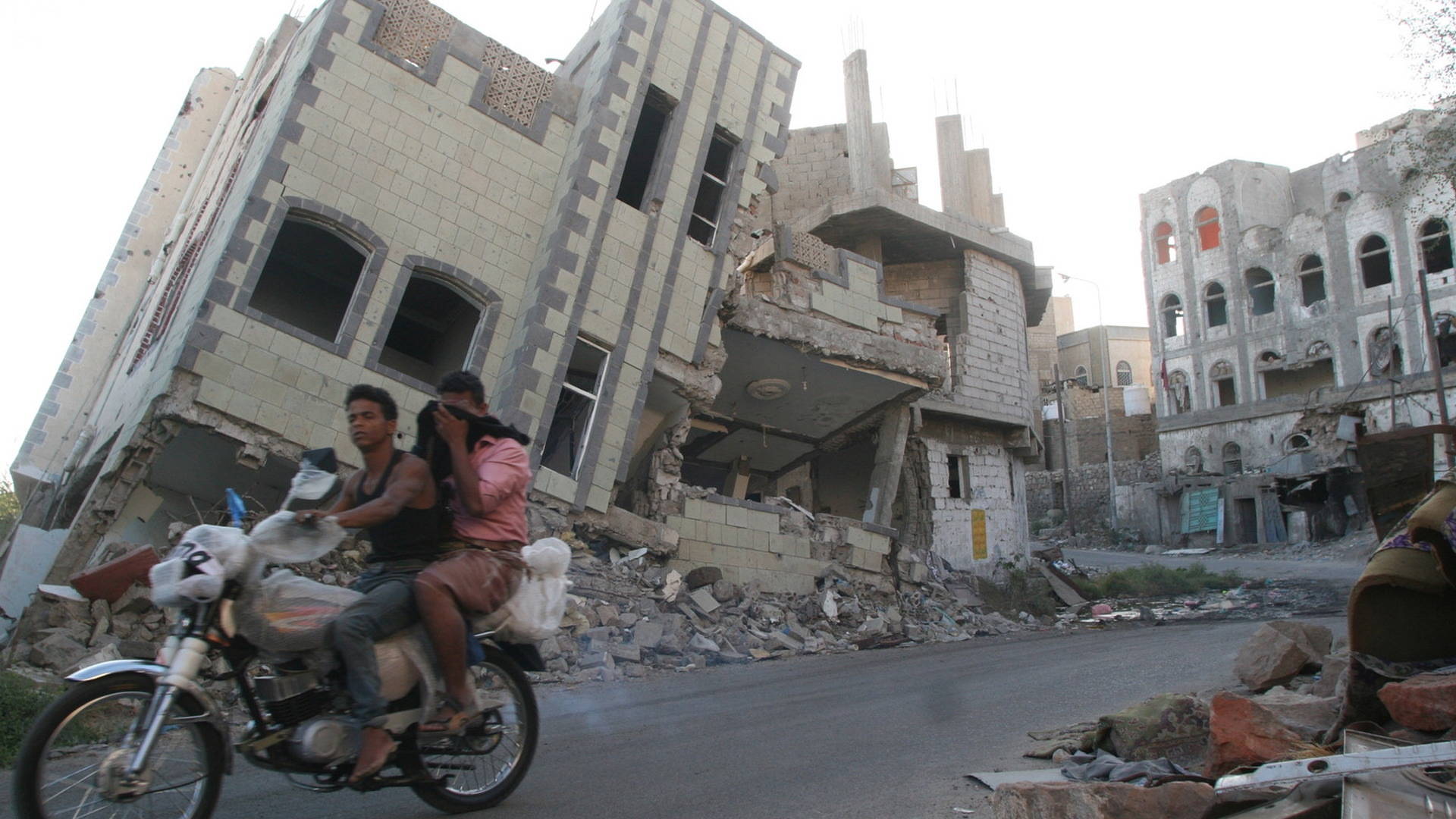 The U.S. is also rapidly expanding military operations in Yemen. The U.S. has reportedly launched more than 49 strikes across the country this month—according to The New York Times, that’s more strikes than the U.S. has ever carried out in a single... 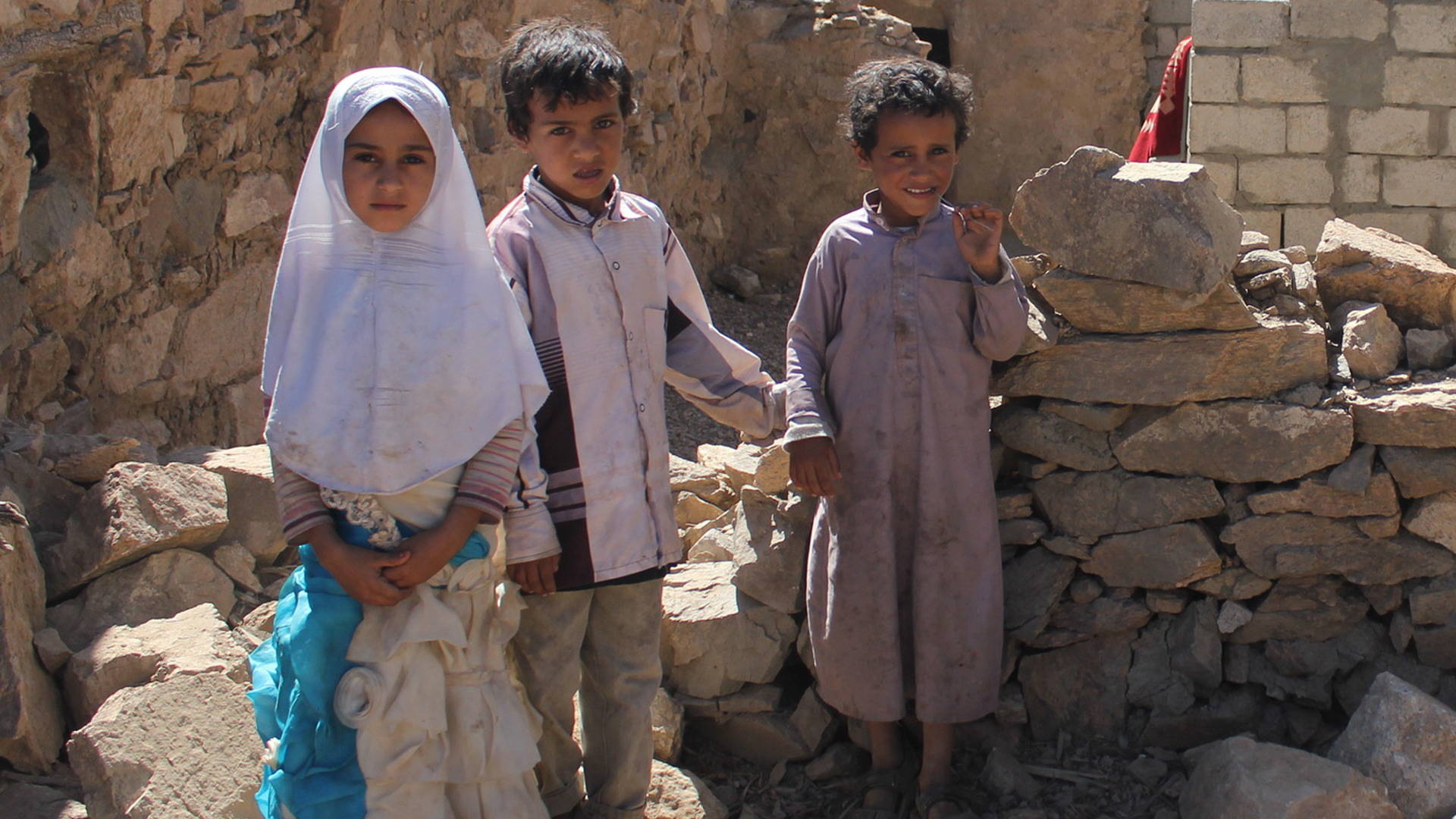 Iona Craig on What Really Happened When U.S. Navy SEALs Stormed a Yemeni...

Independent journalist Iona Craig recently traveled to the Yemeni village where the U.S. Navy SEALs conducted a raid in January that left 25 civilians and one Navy SEAL dead. White House Press Secretary Sean Spicer described the raid as “absolutely a...

The decision appears to be making good on Trump’s promise as a candidate to insist on more of an “element of surprise” in battle tactics.

“In order to maintain tactical surprise, ensure operational security and force protection, the coalition will not routinely announce or confirm information about the capabilities, force numbers, locations, or movement of forces in or out of Iraq and Syria,” said Eric Pahon, a Pentagon spokesman.

That move deprives the public of information it has a right to know about the wars in which the U.S. is engaging, said Ned Price, National Security Council spokesman under Obama.

“The position of the Obama administration was that the American people had a right to know if servicemen and women were in harm’s way,” he said. 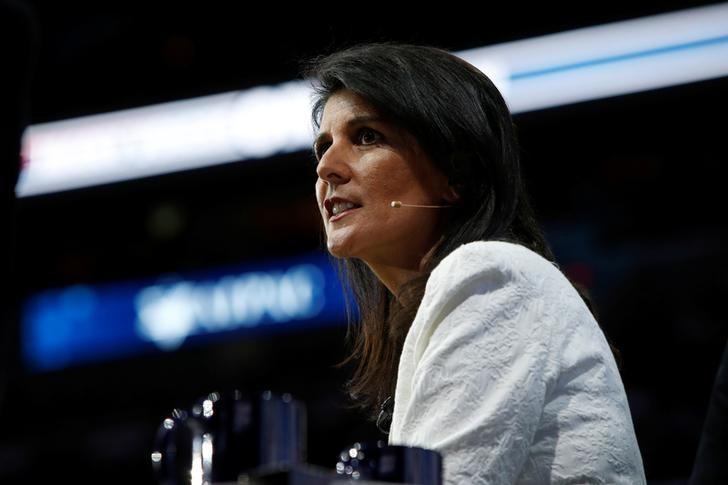 U.S. priority on Syria no longer focused on 'getting Assad out': Haley

The United States' diplomatic policy on Syria for now is no longer focused on making the war-torn country's president, Bashar al-Assad, leave power, the U.S. ambassador to the United Nations said on Thursday, in a departure from the Obama...

The view of the Trump administration is also at odds with European powers, who insist Assad must step down. The shift drew a strong rebuke from at least two Republican senators.

“You pick and choose your battles and when we’re looking at this, it’s about changing up priorities and our priority is no longer to sit there and focus on getting Assad out,” U.S. Ambassador Nikki Haley told a small group of reporters.

“Do we think he’s a hindrance? Yes. Are we going to sit there and focus on getting him out? No,” she said. “What we are going to focus on is putting the pressure in there so that we can start to make a change in Syria.”

In Ankara on Thursday, U.S. Secretary of State Rex Tillerson said Assad’s longer-term status “will be decided by the Syrian people.”

The Obama administration, in its later years, was focused on reaching a deal with Russia that would eventually see Assad go, though it also shifted its focus to the fight against Islamic State militants, who captured swathes of territory in Iraq and Syria in 2014.

As presidential nominee, Donald Trump said defeating Islamic State was a higher priority than persuading Assad to step down.

And as usual, no one has the foggiest idea what the goal is. What is it they want in Syria? What possible outcome is the goal there? Unless the goal is in fact perpetual war, then I’m sure they have a good chance of getting their wishes.

American foreign policy, if you can deign to call it that, since the Cold War ended, has been uniformly devoid of any real strategy, intentionality, or purpose, unless again you subscribe to the idea that the goal really is perpetual war and conflict. I don’t, but that’s kind of the result nonetheless.