This is a thread for PS+ (PS Plus) members

Can you do that if you don’t own a PS5? I would grab that one if I could. I mean who knows, maybe someday I will get a PS5.

Curious that Stranded Deep was released for console, yet the PC version is still in Early Access.

My commitment to at least trying all of the PS+ games each month continues. Although I must admit I’ve been sidetracked by Returnal. I have played 2 of them so far.

Battlefield V.
Oh dear. No. Not for me. I used to play the Battlefield games a lot, but I’ve been off this train for quite a while. So I boot this up and see that there’s a single player campaign. Cool, I think. This will give me a chance to get up to speed on the game before jumping into multiplayer. Instead, I’m doing these stealth missions. It’s all more tactical than I expect or want. I’ll admit to not knowing what the Battlefield games have evolved to become, but BFV does a lousy job onboarding a new player. It was after encountering a flamethrower dude who took like 20 hits to kill when I decided to uninstall. It’s trying to be tactical and realistic except when it’s not, I suppose? I figured that since the game has been out for so long, the prospect of playing online with other humans wasn’t all that appealing. Sorry, EA.

Wreakfest.
Like Battlefield, I think this game does a horrible job onboarding the player. You’re presented with a bunch of possible things to do: Career, Tournament, Multiplayer, and some “garage” stuff. Ok, I’ll give career mode a try. Although you can choose from some different events, the default one is a demolition derby with… lawnmowers? Ha ha. That’s cute. But if this first event that you’re prompting me to play is supposed to represent the core of your game experience, it does not bode well. It doesn’t help that the screen before you choose an event is filled with poorly formatted and presented information. And the music? Good god. I shut that shit right off.

I kept playing. I powered through the lawnmower thing and did some racing events. With actual cars. Ah, ok. Now I see the appeal of this game. The racing is excellent. I still don’t fully understand the strategy for buying upgrades. They only ever appear to alter weight and acceleration. I’ve got 20 flim-flams across 8 categories and they all increase acceleration. But no matter, the cars feel good and the crashy crashy is satisfying. Eventually I was brave enough to play some online mutli and I didn’t do half bad despite likely picking the wrong car for the job.

So I’ll keep playing this. I wish it did a better job explaining stuff, but even without knowing how everything works, it’s still engaging to play.

Now to take a look at Stranded Deep.

It was after encountering a flamethrower dude who took like 20 hits to kill when I decided to uninstall.

Ha that’s exactly my experience, almost 1:1; almost because i haven’t uninstalled, but am still willing to give it more of a try in multiplayer at some point. It’s weird when Star Wars feels more “realistic” than Battlefield.

Both those games are for playing online. The single player stuff is kind of a waste of time.

Online. I know. New players still need to be onboarded and BFV sucks at it.

I don’t disagree with that. It’s not a friendly interface. The guys I run Warzone with downloaded and have been playing with me and are having a lot of fun but I have had to explain all sorts of stuff to them that I probably should not.

If you ever want to try online on PS5 lmk. I’m always game to play and to teach folks how it works.

For Wreckfest, it honestly is best when you just join a lobby and start racing. I’ve had a number of really fun packed games where at least five to ten players with microphones were yuckin’ it up.

For Wreckfest, it honestly is best when you just join a lobby and start racing. I’ve had a number of really fun packed games where at least five to ten players with microphones were yuckin’ it up.

I completely agree. I think once you get through that first event, career mode is fine. I’m learning how the cars handle and the AI is competent. But against online players, it’s just great.

Here’s a game of Rush I played last night where I went 5 - 0 on Devastation. I do get knocked but don’t bleed out. I think this specific game is a good example of how Battlefield is different from other first person shooters and really relies on multiplayer to bring the fun. Knowing everyone in there is a real dude, and I survived the entire round, is super rewarding. 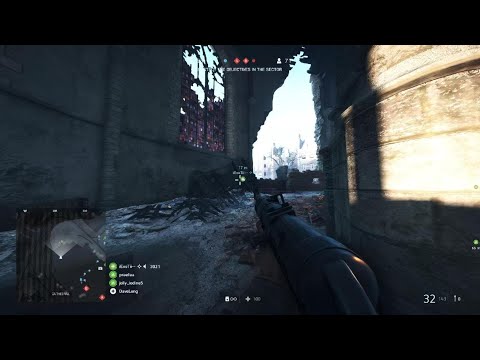 Vf5 is available next month as well, and on ps now. Tango is coop only, mics req

Almost bought this game during that last PS sale. Glad I waited!

To close out May’s offerings, I gave Stranded Deep a go. I’m not a huge fan of the survival genre, but I really liked Subnautica. This one just feels flat. It didn’t help that the first thing I tried to do (grab a paddle so I could get my raft to shore) had me accidentally clicking the “wrong” part of the raft. So instead of taking the paddle, I sat down and was presented with a view of my headless torso.

I eventually get to shore and go about learning how the game works. The UI text small but mostly readable, except they picked the worst color combos. When you don’t have enough of an item for crafting, it’s written in a darkish brown font on dark gray background. Not remotely legible. Even my son with his eagle eyes had to stand right in front of the TV to read it correctly.

Really, the whole game feels like a weak PC port. I have a feeling the game would play just fine with mouse and keyboard, and on a monitor a foot and a half away from. But for couch gaming on my PS5? No thanks.

Looking forward to the June games.

What a stinker of a month!

You don’t know that! WWE battlegrounds could be incredible. I bet none of us own it or have tried it.

WWE 2K Battlegrounds for PlayStation 4 game reviews & Metacritic score: The world of WWE is your battleground with all-new, over the top, in-your-face arcade action as your favorite WWE Superstars and Legends battle it out in outlan...

More time to finish up Death Stranding, I guess!