I adored the Safdie brothers previous film Good Time, which contained a tour de force performance by Robert Pattinson, and the early notices for their follow-up suggest they’ve also pulled a career-best turn from Sandler as a dreamer/hustler from the diamond district in New York who has a truly horrible day pissing off everyone in his circle as he tries to pull off a foolhardy score. The first trailer just dropped after the rave notices at TIFF:

From acclaimed filmmakers Josh and Benny Safdie comes an electrifying crime thriller about Howard Ratner (Adam Sandler), a charismatic New York City jeweler always on the lookout for the next big score. When he makes a series of high-stakes bets that could lead to the windfall of a lifetime, Howard must perform a precarious high-wire act, balancing business, family, and encroaching adversaries on all sides, in his relentless pursuit of the ultimate win.

Trailer for UNCUT GEMS makes little attempt to convey how nonstop stressful the movie is. Which I suppose is smart advertising; the average viewer probably isn't too enticed by a guaranteed panic attack.

Kind of seems like A24 is trying to sell the film as a "normal" crime thriller featuring Adam Sandler. No festival-fave framework, no pull quotes. Lot of "Red Band" f bombs.
Mark_Asher September 26, 2019, 3:56am #2

I wish Sandler would make a movie with Drew Barrymore. It could work.

Sandler won best actor from the National Board of Review! 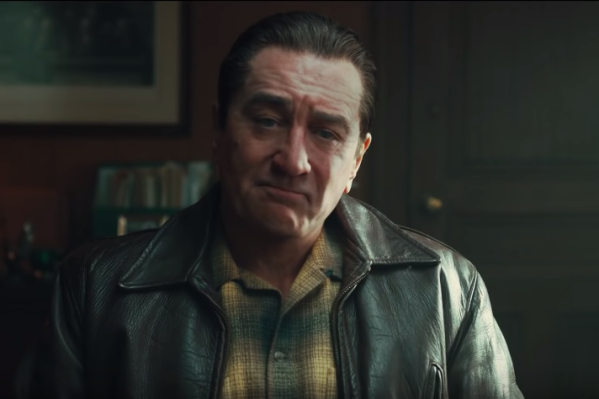 The National Board of Review named "Green Book" the best film of 2018 and it went on to win the Best Picture Oscar earlier this year.

This was such a stressful watch. Sandler’s character is a degenerate gambler who makes endless bad decisions and then desperately doubles-down on poor odds in the hopes of hitting a long shot. His life becomes like a scab that he won’t stop picking over. It reminds me of the lurid character studies of 1970s Hollywood, with a deep appreciation for the specifics of its milieu, in this case the diamond district in Queens. Kevin Garnett, Eric Bogosian (haven’t seen him in anything since Talk Radio!), and the always awesome Lakeith Stanfield deliver excellent supporting performances as the’re baffled by Sandler’s atrocious behavior. Just like after watching the Meyerowitz Stories, I’m left wishing Adam Sandler and his tendency to alternate between suppressed rage and emotional breakdowns translate really well to dramatic roles. An instant cult classic.

It’s cute to see that fellow PTA veteran Daniel Day-Lewis was impressed enough by Sandler’s performance he called him up to congratulate him. That’s such a generous gesture!

Adam Sandler is so good in Uncut Gems that Daniel Day-Lewis called him to...

Adam Sandler is rightfully earning tons of praise for his role in Uncut Gems, the intense new drama from filmmaking duo Josh and Benny Safdie. In the film, Sandler plays a gambling addict who works in New York’s Diamond District, where he tries to...

Yorgos Lanthimo also wrote a piece about the film for Variety:

With “Uncut Gems” Ben and Josh Safdie have utilized all the elements I have loved in their previous films and brought them to a higher level, resulting in a unique cinematic experience. There is a suspenseful plot, there are complex characters, there are high stakes, but the most important thing is the sense that you are watching something which is one of a kind.

The rhythm is relentless, the sound too, I would even dare say that it’s like watching a Robert Altman film that was dipped in acid. But all that can’t describe the film accurately either. Ben and Josh have created their own complete world — as they usually do — within a real world, that of Diamond District in New York.

The balance they achieved between the naturalistic and the heightened elements is masterful. I was always impressed — frankly jealous — by their casting skills and instincts. They manage to create a seamless cast of characters by working with people that have never acted before all the way to veteran actors that in the end seem that they were meant to be part of the Safdies’ universe.

It’s one Adam Sandler’s best performances — along with “Punch Drunk Love” and “The Meyerowitz Stories” — proving once more he’s a truly great actor but also the perfect choice to play this character. Because from within Ben and Josh’s unique style and cinematic voice, it’s the human element that stands out and makes everything fall into place, the flawed characters that we love, even in their most embarrassing moments.

I loved Sandler’s performance in this, but I’m not sure I prefer it to Good Time? Maybe I just need to mull it over more. It felt bigger and looser; and didn’t have the same level of sustained tension. It probably didn’t help that the people right next to me in the auditorium clearly hated it (though at the end, there was a smattering of applause, so the reactions weren’t all bad.)

Really liked this and I was so happy that a friend who went just to see what a serious Sandler performance was like didn’t regret going. Our audience didn’t applaud but they were clearly pulled into the movie.

Question about a character (spoilers):

Who was the rich Brit and why did he give the mistress a helicopter ride to place the bet? Was it an Atlantic City hotel he owned?

I just saw this tonight. It’s a pretty great movie, but a little exhausting, and probably one of the most anxious movies I’ve ever seen. Also the soundtrack seemed to be riffing on the Akira soundtrack for one song.

It reminds me of the lurid character studies of 1970s Hollywood, with a deep appreciation for the specifics of its milieu, in this case the diamond district in Queens.

I kept thinking of Ben Gazzara in Killing of a Chinese Bookie.

Eric Bogosian (haven’t seen him in anything since Talk Radio!)

He’s a regular in Succession as a politician who seems somewhat modeled after Bernie Sanders. It’s not nearly as rich as what he gets to do here. I actually didn’t realize it was him in Uncut Gems until about half-way through the movie! But the reveals about who he is, and how he’s ambivalent to be playing the heavy, are really powerful. He expresses an almost impossible combination of ruthlessness and pity. It’s haunting the way he hovers over the Passover dinner.

I loved Sandler’s performance in this, but I’m not sure I prefer it to Good Time?

I’m with you there. I would call this a better movie, but Good Time a better thriller. Good Time is much easier to process and experience.

but a little exhausting

A little exhausting? That’s like calling The Exorcist a little scary. :) I found Uncut Gems utterly, completely, and relentlessly fucking exhausting. I appreciate my stomach getting twisted into knots by a good thriller, but this was a whole other level. It was kind of cruel the way it would occasionally bleed off some of the tension with an averted crisis but then replace it with something worse.

Good interview with the brothers here.

I would call this a better movie, but Good Time a better thriller. Good Time is much easier to process and experience.

That’s a great way of putting it. I feel like I need to see Uncut Gems a second time to really solidify my feelings about it. Right now, I kind of feel like it should have been just a little bit lighter in tone, or just a bit darker.

A little exhausting ? That’s like calling The Exorcist a little scary. :)

Yeah, I was hedging a bit, because part of me thought it was just me. I’ll spoiler this next part, just in case.

When I was a kid, all my worst nightmares were monsters and hallways and all that. These days, my absolute worst nightmares involve me being in a massive/terrible argument, knowing that I’m wrong, and still deciding to double-down as my situation gets worse around me. I’d always found this hard to describe, but this movie was that for 2 hours, and the ending made my stomach drop.

Oh yeah, and I double-checked, and yeah the song is pretty similar indeed.

It’s just the one song though. As a synth-nerd, I like Lopatin(as Oneohtrix Point Never) stuff well enough, but a good amount of it bounces off me, too.

I didn’t find the movie stressful at all, to be honest. I suspect it was because I never had any reason to root for Howard. He’s an asshole who makes consistently terrible decisions, and so I was never on his or indeed anyone else’s side. And without that investment…it’s a watchable enough movie with some good bits but not particularly high on my list for the year.

I didn’t find the movie stressful at all, to be honest. I suspect it was because I never had any reason to root for Howard. He’s an asshole who makes consistently terrible decisions, and so I was never on his or indeed anyone else’s side. And without that investment…it’s a watchable enough movie with some good bits but not particularly high on my list for the year.

Looking back on the movie this is how I feel now, but while watching I felt like Tom. I just am so used to rooting for someone, that I kept hoping Sandler would hit one of those bets and escape the knot of a life he made for himself.

It was just excruciating, though. Between the non-stop talking and overtalking and the music, the directors really achieved what they hoped to, at least with me. I was constantly on edge.

It also didn’t help that the entire movie is filled with the types of people I try extremely hard to avoid in my life. It’s just non-stop self-imposed drama and failure so that extra layer was quite off-putting to me.

and @cornchip, regarding your question:

It was Sandler who booked the helicopter for his mistress so she could get to the casino before the game started and place the bet. That rich guy just happened to be sharing the ride over.

But the reveals about who he is, and how he’s ambivalent to be playing the heavy, are really powerful. He expresses an almost impossible combination of ruthlessness and pity. It’s haunting the way he hovers over the Passover dinner.

Man, he was so great. I really felt his inner monologue, basically screaming at Sandler: “Why are you doing this?! Don’t be an even bigger fool than you already are!” But then being willing to give him just a little more rope.

And his disbelief and relief that the bet worked and that he could cut Sandler loose made the end that much more frustrating.

He has a small-ish, supporting role in the TV show Billions and does a good job with that, too.

Sandler picked up best actor from the prestigious The National Board of Review, which is kind of a big deal. I was wondering why he didn’t receive a nomination from the Golden Globes, and apparently his team submitted Uncut Gems under the comedy category but the awards representatives felt it didn’t qualify as one (though they tend to play pretty fast and loose with what counts as a comedy).

The comedian contender continues to win big love on the circuit, even as other heavy-hitters (Scorsese, Pitt, Zellweger, and yes, Springsteen) offered their own exciting moments at the event.

Whoa, that’s awesome! Take that, Golden Globes with your stupid Hollywood foreign press goofballs. Once Upon a Time in Hollywood as a musical/comedy… Pfft.

I loved your comparison to Gazzara’s character in The Killing of a Chinese Bookie, Tom. Both films definitely share an unflinching commitment to examining how desperately sad middle-aged men self-sabotage and turn bad situations into something dire.