Half-Life: Alyx, Valve's return to the universe of headcrabs and Combine radio static may be great, but if you don't have the VR gear, you can't play it. Don't fret about missing out on the greatest Half-Life since Lost Coast..

I haven’t been following this closely enough, but what’s in Alyx that’s supposed to make it VR exclusive? Other than Valve’s desire to sell their proprietary VR gear?

Other than Valve’s desire to sell their proprietary VR gear?

I think this is unfair, given that they went to extra effort to make the game fully compatible with the cheapo and old windows mixed reality headsets too.

Other than Valve’s desire to sell their proprietary VR gear?

I think this is unfair, given that they went to extra effort to make the game fully compatible with the cheapo and old windows mixed reality headsets too.

I’m going to put that down to me not know much about Alyx. Can you play the game with an Oculus VR set? That would surprise me, but if so, good on Valve.

Can you play the game with an Oculus VR set?

Yes. Per the Steam product page, the Oculus Rift, HTC Vive, and (as mentioned previously) Windows Mixed Reality are supported.

Can you play Alyx with Labo VR?

But aren’t there a bunch of Oculus exclusive games, or am I just behind the times? Why wouldn’t this then be exclusive to Valve’s hardware? I guess Valve really is interested in selling the game as more than just a way to push VR gear. I stand suitably corrected!

Yeah, you can play almost every Steam VR game on an Oculus Rift. There were a few early games that weren’t compatible (Bethesda, due to the lawsuit, for instance), but there are utilities that will let you play Rift games on Steam VR and vice-versa. Oculus has lots of exclusives, on the other hand, but those can be hacked onto other headsets too.

At any rate, Half-Life:Alyx is amazing on the Rift S.

At any rate, much of the design is around being fully immersed in the environment. Certainly the controls can be reworked so it’ll be playable in 2D, but without the gesture motions, the physics of using the controllers, and feeling like you’re in the environment, it’ll just be another FPS.

It’s how well the controls work and the environment feels in the headset that makes this different.

Can you play Alyx with Labo VR?

Of course, it also supports this beauty: 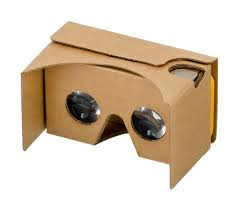 I’m just getting started but there are gravity gloves that let you lock on to objects and then flick your wrist to “tug” it towards you so you can catch it. So far, the game seems pretty thoroughly built around physical manipulation of objects in your environment. I can already tell it would lose a lot in translation to a flat screen, up to and including it’s entire, pardon my French, raison d’etre.

For what it’s worth, you can even play it on the Oculus Quest, the no-wires standalone jobby, with a little sideloaded software and a good enough wireless router. It works a treat, and it’s genuinely a very good (if VERY tense) game.

And yeah, I agree with rrmorton - maybe you could do this outside of VR, but there’d be little reason to. The entire mechanical joy of the game is manipulating the world with your hands in a facsimile of Minority Report mixed with a Jedi Force trainer. That it works as well as it does is a minor miracle and a pretty good argument for VR as a distinct gaming medium, IMO, but it makes the notion of porting it away from its environment seem unlikely.

These two gifs were instrumental in showing how gameplay might benefit from being VR. I mean you could technically do this with a mouse/kb based system but it would be clumsy and imprecise. I don’t have a VR set, nor am I now likely to get one given the current situation, but if I was on the fence these might have done the trick.

The first one could be done as a generic “attack with whatever you are holding” combined with a context/situation sensitive animation to “fend off” the headcrab.

The second example could simply be a matter of “press button to remove bar and open door”, after which you’d get a weapon to swing or throw with.
I’d expect a ton of setups would have to be converted in that manner, from “pure simulation” to “scripted interaction” - lots of work, but no doubt possible for a “modder to fix it”.

So yeah, it could all be done, though the question is indeed how much fun the resulting game would then be. Would it be worth the effort?
And, frankly, I have a suspicion more people would like to get a proper HL3 - as in a continuation of the story instead of a “what happened before HL2”.

And, frankly, I have a suspicion more people would like to get a proper HL3 - as in a continuation of the story instead of a “what happened before HL2”.

And it looks like Alyx does sell quite well. Pretty sure everyone who owns a compatible VR set is buying the game - and why wouldn’t they, it’s the first really big game on VR that isn’t either very short or very simple.

Bored of making fps that doesn’t have a novelty? It’s not like they need the money.

Bored of making fps that doesn’t have a novelty? It’s not like they need the money.

In these times of pretty much identical yawn-inducing military cover shooters, a classic FPS is a novelty in itself, see Doom Eternal or the recent Halo collection or Black Mesa.

But you are right, they don’t have to do anything.
Too bad for the fans, though.

Speaking as a fan, I love it.

You love not getting sequels to some of your favourite games since 10+ years?
Okay…

I love having a fantastic VR game in a world I thought I wasn’t going to get another game of any sort in.