Don’t you folks get started on that, or Tom is going to come in and merge things! :P

some fishing in the game, if you go to the 3 hour video mark.

But only thirteen minutes for a sidebar about Dragon Quest VII’s opening and non-violent RPGs!

Ah no, I was just poking fun at this thread’s title and its similarity with the titles of two other indie games threads.

I once saw a catchall thread here with a title that veered from the standard ‘(that are interesting)’ get razzed for doing so. “Not going to happen to me,” I thought.

Not going to lie, I was doing other things while watching this video. I tried not to, but parts of it were kind of boring.

Still, this video reminded me that I really miss the Xbox One and it’s ability to watch TV (Daily Show, and sports) while I played Destiny or Gwent on the main screen. God, I miss that. This whole second screen thing is bullshit though. It’s nowhere near as good as multitasking on Xbox One.

I will admit I listen to podcasts and audiobooks and music while playing ARPGs and such though. That still works really well.

At a certain point, I reached the stage where I almost physically can’t eat without either having a friend to talk to or a TV show to watch.

Or, more, I just really hate being alone w/ my own thoughts in silence, so there is always at least one stream of brainpower-consuming #content pouring into my head at all times.

Ok, that doesn’t sound healthy at all my friend! But I think you know that. You need some kind of meditation prescribed as therapy. :)

It might not be healthy, but at least it’s also not good!

I was laughing for a while at his use of Yakuza footage, but I almost wish he hadn’t eventually put up this disclaimer. 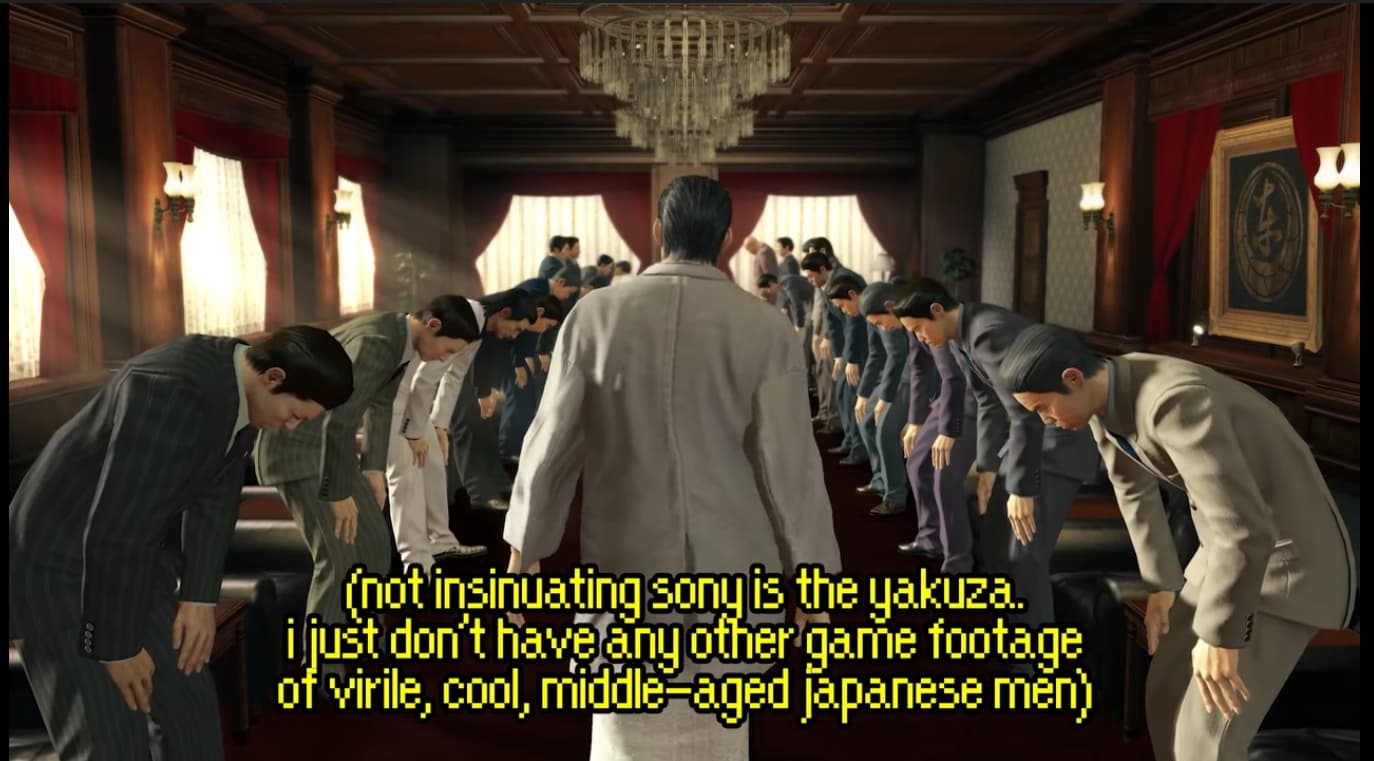 (Re: Tim Rogers’ boku no natsuyasumi review above.

EDIT: I’m going to have to watch My Neighbor Totoro soon.

Finished all 6 hours and 12 minutes of the boku no natsuyasumi review. Wow, another great review. And my esteem for Sony really shot up after his review of the original Playstation that he slipped in there.

Oh, and after watching that, I’m never going to play Animal Crossing.

Section 5 was really interesting and different. It made me reminisce a lot about my own childhood and my teachers and my relatives who are still alive. I really should try to connect with them all again soon if I can. 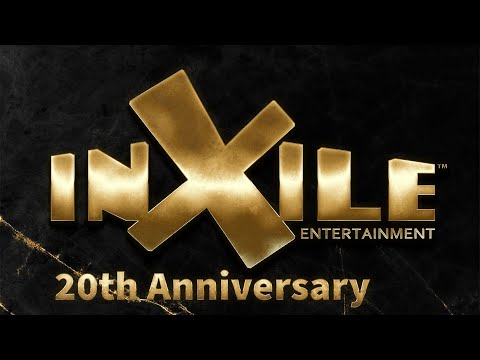 We’re celebrating our 20th Anniversary with a rare look inside the studio, our ups and downs, and where we’re going next. We can’t wait to show you more.

@inXile
fun story: there was art from our next game in this through dozens of eyes reviewing it, no one noticed it until yesterday afternoon you almost got a sick leak better luck next time
JD November 26, 2022, 2:13am #113

Dan Olsen - known to most through his video essay on NFTs and crypto (Line Goes Up) - has a new game-related piece up. It’s a very analytical/ludological dive into one of the aspects of WoW. 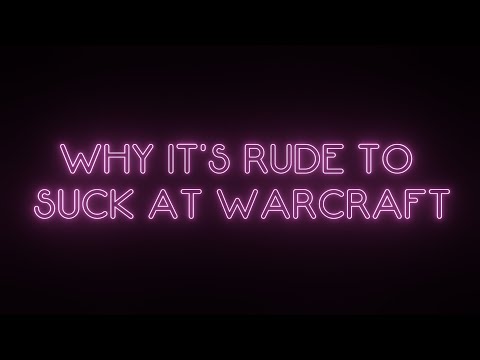 Which is why I bailed on WoW after a few months in a guild on Molten Core and whatnot way back. It was work. There were performance and skill/gear expectations. There were time expectations. People relied on you. I think the latter affected me most of all and I felt shitty when I couldn’t always step up.

Not surprisingly it sounds more intense now. Apparently some folks like it and have the time for it. Enjoy.

Yeah, that video is why I’ve been happy playing Final Fantasy XIV where there is just not that kind of bullshit to get in the way of you enjoying the game how you want to.

This was a really interesting video, even as someone who never played Warcraft.

There are plenty of other games (competitive on-line games are briefly mentioned) that have similar attitudes where one can’t play “off meta” either in character selection, item build, or play style. I used to play almost entirely competitive games (battlefield, company of heroes, league of legends) and got completely burned out on the instrumental play. I’ve been all about catching up on my years-long backlog of more free play style games instead, which has been a welcomed relief - I can leave all of my optimization with my work projects.

Interesting and long video about how WoW changed (and how it was always going to be this way), I think it doesn’t go into enough detail about how much the expectations shifted around WoTLK when gearscore was introduced. The tools for optimization didn’t exist like they do now, and I feel like that, and the introduction of heroic raids is what kind of shifted the meta in WoW towards full on optimization. Gearscore literally puts a score next to your character’s name on “how good” your gear is, and became the defacto tool on whether or not you could get a group. (and is even built into WoW’s queue system itself now)

Back in classic we had a somewhat reliable threat meter, but not until AQ was coming out, so as horde fights were just harder without the paladin blessing of sacrifice (threat reduction). We only had a handful of mods, like CTRA (i had totally forgot the name before this video) and they all relied on 40 people having the addons installed and updated to work properly. My first guild hit a WALL at Razorgore, the strategy for that fight was so complicated compared to all of MC, and there weren’t a ton of video guides.

It was so different back then, because there was no ‘solution’ at that point, as well as no easy way to watch videos of completed raids for strategy, like the video pointed out you have 3 hour long strategy discussions and dozens of twitch streamers with precise knowledge. With the tools now in classic, as well as retail, there is a “right way” and a “wrong way” to play a class. Each spec is solved, and each encounter is completed.

I do miss when we didn’t understand how Onyxia deep breaths worked, and there was so much superstition surrounding that RNG. Everything is solved now, and raiding does feel like a 2nd job. Collecting consumes, watching videos, speccing your gear, using simulations etc.

I also wish the video would have gone a bit more into warcraftlogs and how that tool has changed how the game is played, ranking characters performance against eachother across thousands of characters and servers. You now know exactly how good or bad you are, and when you don’t play optimally people just don’t want to play with you.

The Utgarde Keep stuff was a bit of a meme when WOTLK launched, but also definitely a real thing that was happening, you saw lots of groups dropping people with quest greens for people with literally top tier raid bis (from the previous xpac) because it might slow down the dungeon run by 30 seconds.

Anyway, I played through all of classic, and all of TBC classic, but it is getting tiring, and my class (enhancement shaman) is now one of the most difficult rotations to play optimally.

I am too old for this shit.

My god, I talked about the paratext of SpiritFarer with a friend today. Thanks a lot Dan Olson! 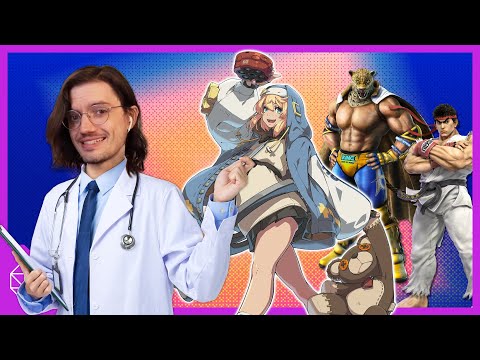 I only played WoW for like 3 months solo back in 2005. I quit once all my quests required groups. I’d say around level 40 give or take.

I did learn second hand about it from people playing it at work. The biggest “event” was how one of my co-workers got kicked out of his guild because he didn’t heal.

warcraftlogs and how that tool has changed how the game is played, ranking characters performance against eachother across thousands of characters and servers. You now know exactly how good or bad you are, and when you don’t play optimally people just don’t want to play with you.

What the shit. That is nightmarish for more casual players of MMOs like me. I only really play LOTRO.

I am too old for this shit.

Quoted for truth, as the kids say. 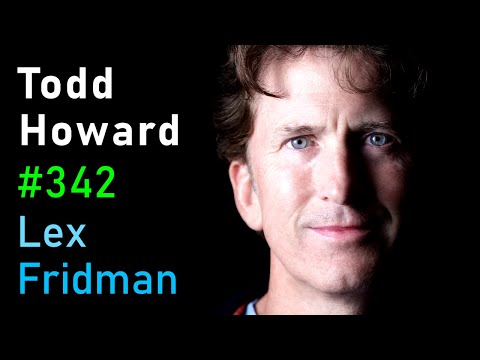 Don’t expect too much about Starfield or ES, but it was interesting hearing how much Redwall’s failure (which was Howard’s project) affected him.