anyone attend the privateer press warmachine video game announcement at gencon today? all i know is that it’s being developed by the lead developer of the original Fallout and that this page exists http://www.whitemoondreams.com/warmachine/

Oh boy, a sequel to the Iron Man game!

a couple of pics from the announcement’s video:

They talked about a PC Warmachine tech demo in their magazine a few months ago, but I wasn’t expecting a proper game. Great stuff.

Why would you say this? Is that really what it will be? That would be great!

Nice, I always liked that setting. Privateer Press put out some cool source books, if not balanced. Heh.

Wow, that’s awesome news. I am looking forward to hearing more, though I’m sure this game is a ways out. It’s too bad that Aftermath, the other game from White Moon Dreams looks so budget-y and uninspired.

from what i can tell they have not announced the type of game yet.

Is this an MMO? He hinted at working on one a while ago.

I’ve always had a soft spot for Privateer Press – co-founded by Brian Snoddy, my favorite MtG artist. I collected the RPG source books but never got into the miniatures game.

Why would you say this? Is that really what it will be? That would be great!

Sorry guys, that was just based on Tim Cain’s previous games and my own hopes and dreams. As far as I know, all that’s known about this is that it’s a) being made by the company that I found some apparently incorrect Gamespot article claiming that Tim Cain works for; actually it’s other Fallout devs but not him, and b) it is based on the tabletop game Warmachine, which is a steampunk mech game. Apparently I inadvertently tricked the entire internet into thinking that description was correct.

That said, here’s my dream version of this: an SRPG featuring 3-4 warcasters (generals, basically) from each faction, with each faction having a different campaign. Each campaign is an open-ended Fallout type of experience (but probably shorter), with a couple of main goals and a lot of local sidequests. You build your forces as you go, sort of similar to King’s Bounty. There’s also a metagame in which you’re able to take over territory for your faction, possibly gaining access to more resources for army-building as you do so.

That thread apparently thinks i’m posting first hand info too. everything i got is all recycled from a giant thread on the privateer press forum. http://www.privateerpressforums.com/index.php?showtopic=184683

why do you do this to me?

We now have a youtube video of the presentation for your viewing pleasure.

This is a Scott Campbell project not Tim Cain. 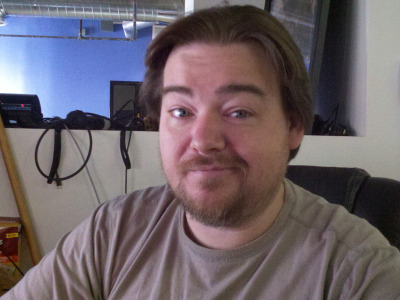 Scott Campbell is one of the masterminds behind the original Fallout. Among other contributions, he wrote the story for the game and laid out many of the major non-player characters and locations. Concept art by Scott Campbell

This is a Scott Campbell project not Tim Cain.

This is great news as he wrote the good Fallout story.

Privateer Press finally got their press release together: http://privateerpress.com/company/warmachine-video-game-announced-at-gen-con

Bellevue, WA. August 25, 2009—Privateer Press announced at Gen Con August 14th that they have licensed the rights for a WARMACHINE video game to WhiteMoon Dreams, a video game developer in Southern California.
The new video game will allow players to control various warcasters and their warjack battlegroups as they fight across interactive battlefields from the WARMACHINE world. The game will provide a rich online experience in addition to a sweeping single-player campaign mode that will follow several key warcasters through the epic saga of the WARMACHINE universe.

When asked about the agreement Privateer Press Chief Creative Officer Matt Wilson said, “It has always been a dream of Privateer to see the characters and world we’ve created step off the tabletop and into other popular media. When WhiteMoon Dreams talked to us about their vision for the WARMACHINE video game, the game they described was exactly like the one I’ve always envisioned in my mind. I am extremely excited at the chance to work with this group of talented developers and watch as they bring the world of WARMACHINE to life like never before.”

Echoing that sentiment, WhiteMoon Dreams’ Game Director Kevin Mack stated, “Scott [Campbell] and I are huge fans of the WARMACHINE world. The source material is just fantastic—filled with rich characters and epic stories, with outstanding game design at its core. It’s a natural fit for an immersive video game experience. When we spoke at length with Matt about our thoughts for the game, it quickly became clear that we shared a vision for what this could be, and that cemented it—this was a game that had to be made.”
WhiteMoon Dreams is in the early stages of development for the game’s design and is courting interested publishers to partner on its marketing and distribution.

For more information on WARMACHINE or Privateer Press visit www.privateerpress.com.

For more information on WhiteMoon Dreams or the WARMACHINE video game visit www.whitemoondreams.com/warmachine.