Guess you never read the tests I ran to refute that last time you said that.

Some games, like Microsoft Flight Sim and DCS, start dramatically faster off NVME SSDs, and run smoother when streaming data off the drive. If you’re playing indies and smaller games, and some titles like Anthem, sure. But many large games load noticeably faster. SATA tops at out 600 mb/s, Gen 3 NVME at 3900 mb/s. The difference is nowhere near that dramatic, but it’s still worthwhile for some gamers.

(Stusser’s recommendations are awesome if you are Stusser. If your gaming habits are not 100% Stusser, sometimes additional research is in order. :-) )

It’s true, I don’t play Flight Sim and I’m not even sure what DCS stands for.

Of course you do. I’ve never seen you not continue to back up your posts no matter what responses you get. Never change, sir. :-) 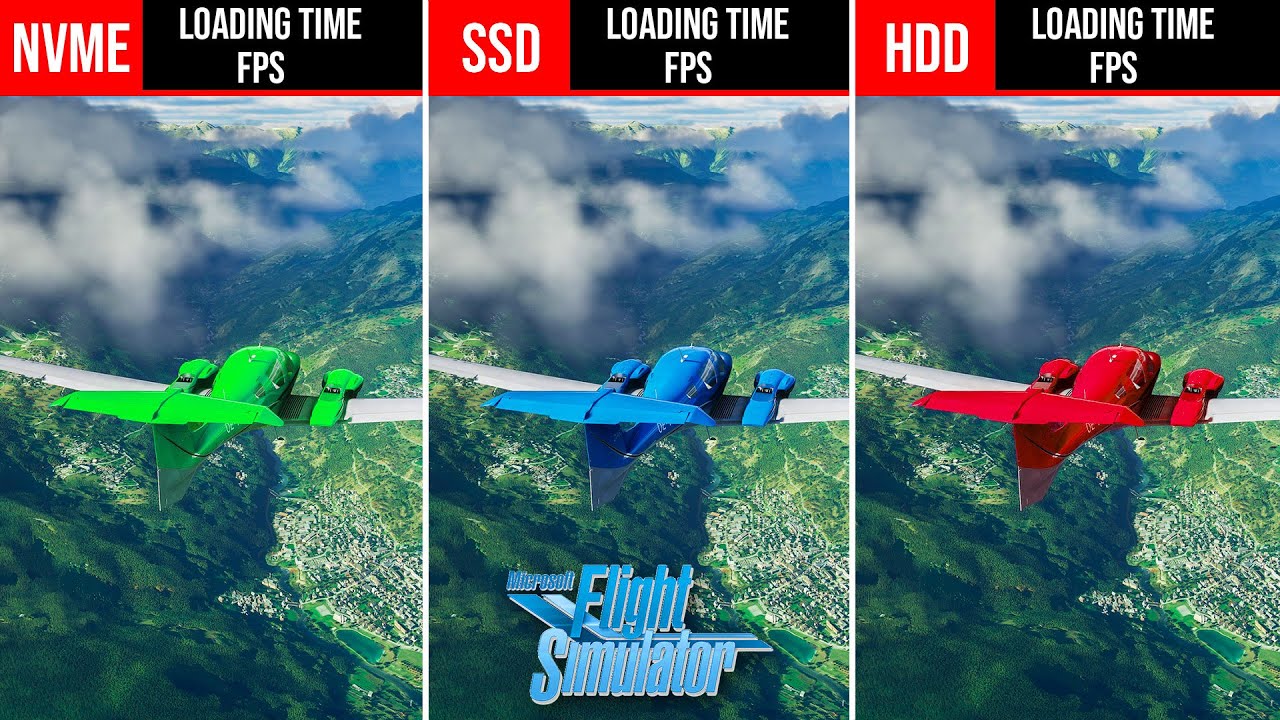 There is a gentleman on reddit who is devoted to this question. In fact he has his own subreddit (NewMaxx) and has a pretty comprehensive list, as follows.

I picked up a Kingston KC600 2TB recently as a games drive, both for the current system without an m.2 slot and to migrate as a storage drive for a future system. It replaces a truly ancient Patriot 32GB, which had somehow managed to act as games drive for almost a decade. NewMaxx’s list came in very handy, although I now know more about DRAM vs DRAM-less and the advantages of the SM2259 vs the SM2258 controller than I will ever need to.

The price of PCIe 3.0 M.2 drives are not appreciably higher than SATA drives. There’s really no reason to choose SATA unless you physically can’t use an nVME drive. PCIe 4.0 drives are generally way too high right now, though. That’s true.

Uptopic we had a discussion about loading speeds and I was going to post the performance of my new Sabrent m.2 drive. I tested it last week but forgot to post until I was reminded by someone claiming ssd performance doesn’t matter for gaming in the upcoming graphics cards topic. Microsoft Flight Simulator (2020) tests Crucial MX300 1TB Sabrent Rocket 2TB Load to “Press Any Key” 1:45 1:10 Load to “Press Any Key” skipping videos 1:12 0:39 Load to opening menu 4:36 2:17 Load Courchev…

Oh sweet jebus, the OG OCZ poison! Burn it with fire! Those SSDs are well and widely known to be utter trash. You got lucky lasting so long.

Mine is still going, been my main windows boot drive until last week, when I finally upgraded. Will be turning it into another VM hard drive shortly but yeah, I still have my original 40GB intel SSD as well, never had one fail.

Microsoft has made improvements to the loading times. Takes me about a minute from launch to main menu, skipping the opening videos. And it’s totally worth the wait, FS2020 is amazing.

I stopped playing Shogun 2: Total War despite wanting to get into it because it would take a minute just to boot the game. So, yeah, still a non-starter for me. But I’m glad you’re enjoying it.

I’m in the biz, SSDs were a bit of an unknown back around 2011-2013 when everyone started moving away from hyperexpensive SLC drives to MLC and eMLC. It turned out that the SSDs were fantastically more reliable than anyone had even hoped, including in datacenter environments where they run 24/7 and might be behind a serious database. By 2015 our engineers figured that the average consumer SSD probably would last 20+ years, not that it’s particularly relevant considering all the other parts that go obsolete. The ability to wear-level themselves and the inherent durability of solid state was a breath of fresh air.

In general yes, but OCZ SSDs had substantial controller issues and just up and died frequently.

M.2 NVME are absolutely worth it for your main C drive. I say get the biggest price / value that you can afford and then just throw in larger SSDs when you need to.

I cannot think of any great reason why anyone with a modern computer would not get M.2 at this stage. As for brand, you have some top reliable and performance leading brands and some middle of the road… what you should target is again largely just determined on your budget. I don’t try to win any benchmarks, but those who do pick what they do for a reason. Just know it’s there, but nah you don’t have to break the bank chasing it.

Like I said earlier, M.2 is a very small price premium these days and it’s convenient not to worry about wires so sure, why not? Just don’t expect it to be noticeably faster in gaming, other than as Denny noted, a few really egregious exceptions like Flight Sim.

M.2 is absolutely great, but for certain definitions of “Modern” there’s a pain in the ass penalty. I can afford whatever M.2 I want, more or less, but I don’t want to go through the rigamarole of replacing my boot drive, so I just chained up a bunch of SATA SSDs. Next computer will have a TB of M.2 at least, but thanks to the console revolution a decent PC lasts for 3-4 years now.

You don’t have to boot off the M.2. It works just like any other drive.

You can clone the drives too. I hear you though. It’s a lot more fun not to have to play with your boot drive, and in most cases, you don’t have to. Just having windows on it is going to be noticeable. I just don’t know why anyone would bypass an M.2 if their motherboard supports it, gamers or otherwise.

Don’t get me wrong, I get that, but at the moment my 4 year old PC’s boot drive is on the M.2, and I just know it isn’t worth it to try to upgrade. Next PC, oh yes.

I’d just make the M.2 drive the main game drive. I am sure the OS will be fine on an normal SSD.